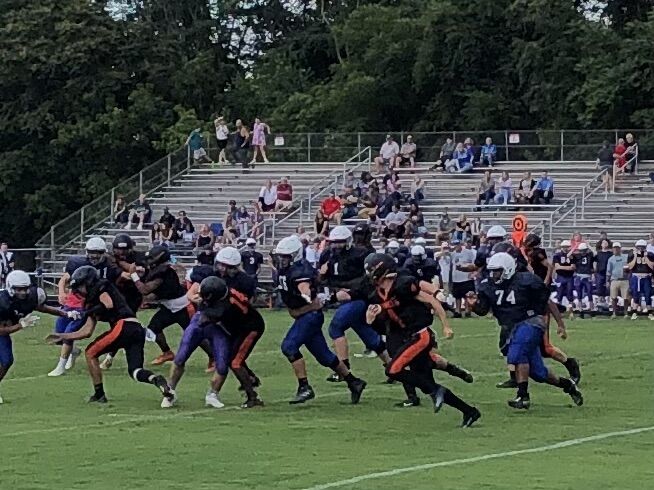 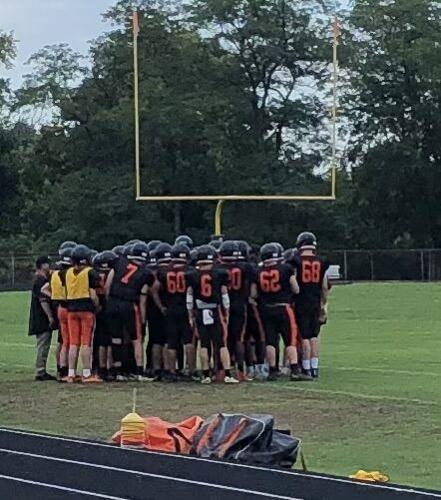 The Altavista Colonels huddle up before kickoff during a recent scrimmage versus Parry McCluer.

The Altavista Colonels huddle up before kickoff during a recent scrimmage versus Parry McCluer.

The “Boys of Fall” return to the gridiron this week as the Altavista Colonels football team looks to find success as fifth-year Head coach Andy Cox leads his young squad into the 2022 campaign. The Colonels are coming off of a dissapointing 3-7 season, just missing out on a Region 1B playoff berth a year ago.

Despite the lack of numbers overall, this Altavista squad  has a ton of young, raw talent that should be very physical up front on the offensive and defensive lines, anchored by returning standout Steven Floyd.

The Altavista offensive attack will be led by dual-threat quarterback Jordan Pippin, who is in his second season under center as starter for the Colonels.

A big key for the Colonels this season will be tightening up defensively. Last season Altavista’s opponents scored at least 28 points in every game, leaving the boys in black and orange to play catch-up in a lot of games.

This year, the Colonels will look to be more balanced and disciplined on both sides of the ball and will also look to take advantage of an early season schedule that features three home games in September.

Altavista kicks off their season at home this Friday night in Colonel Country at 7 p.m. against Central Lunenburg.