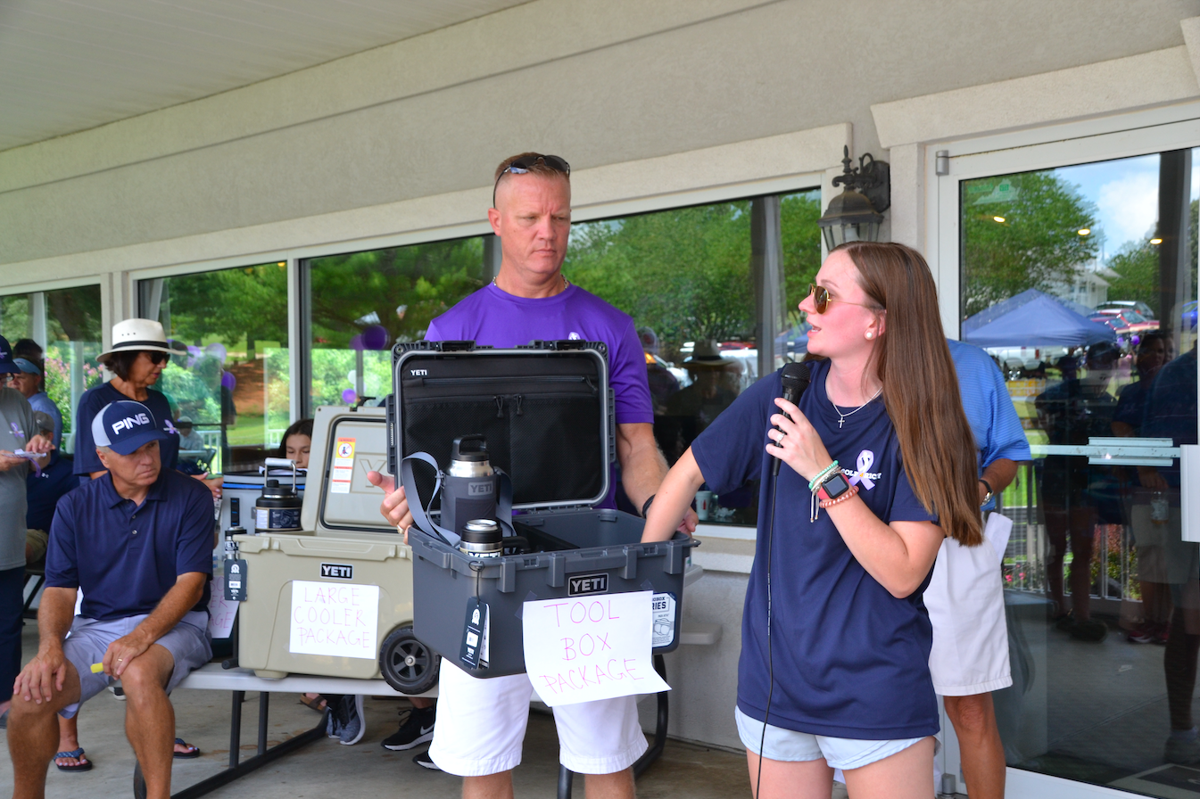 Karleigh Ison, Ricky Simmons niece, draws for one of the raffle prizes in the 2021 GOLF4RICKY Tournament. More than $10,000 in donated prizes were given away during the tournament. 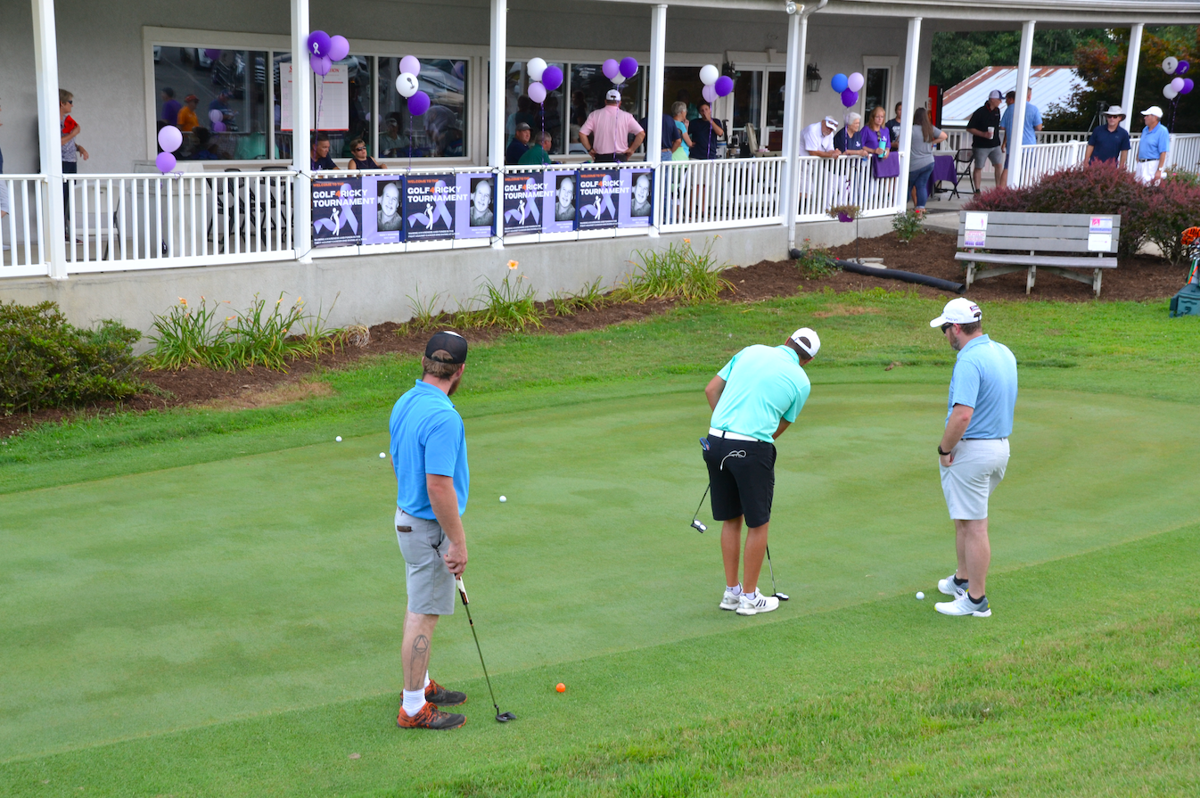 Players practice putting before teeing off at the tournament Saturday.

Karleigh Ison, Ricky Simmons niece, draws for one of the raffle prizes in the 2021 GOLF4RICKY Tournament. More than $10,000 in donated prizes were given away during the tournament.

Players practice putting before teeing off at the tournament Saturday.

Hat Creek Golf Course hosted the first-ever GOLF4RICKY tournament on Saturday. In addition to benefitting Centra’s Alan B. Pearson Cancer Center, the event also honored one of the most well-liked and well-respected golfers to use the course.
Ricky Simmons passed away last November after a bout with cancer that lasted roughly 13 months. Anne Simmons, his wife of 39 years, said she was overwhelmed by the number of people, 120 in all, who participated in the tournament and whose lives were touched by her husband. A few things that were important to the man include family, faith, service and golf.
“He lived a very simple life. He loved his family. He would do anything for anyone. He was just real different,” Simmons said about her late husband. “He was just a really different person. And I have to say that because a lot of people don’t think the way he thought about things.”
Simmons said her husband was a man of few words, who made a habit out of concealing his frequent kind deeds. In perhaps a reflection of the man’s influence, the organizers of the tournament asked not to be identified.
The day of the tournament, golfers and their friends and family milled around near the clubhouse enjoying sodas, hamburgers and hotdogs while tournament participants whizzed around in golf carts. It was easy to see why such an event was held to honor an avid golfer like Ricky Simmons. But helping cancer patients was also something he cared deeply about. Simmons said her husband would talk and pray with other patients as much as he could between his own treatments during his time at the Alan B. Pearson Center.
“Some we knew, some we didn’t,” she said. “He’d always strike up a conversation.”
Organizers said the event raised between $5,000-$10,000 for the Alan B. Pearson Center.
Patrick Kenny, the gastroenterologist who diagnosed Ricky Simmons, also participated in the tournament.
Kenny said he and several other representatives from Gastroenterology Associates of Central Virginia came to the event to show their support for Simmons and to promote the importance of early screening.
“If we find cancer at an early stage, for example, colon cancer, when we find that during a screening test instead of when you’re symptomatic, it’s a 95% cure rate. So screening works,” Kenny said. “We also want people to be aware of their body and aware of their symptoms.”
Kenny also said he felt it was a no-brainer to come to the tournament, given the outpouring of support from friends and local businesses, and called the day:

“a testimony to what a great man Ricky was, and how many lives he touched.”