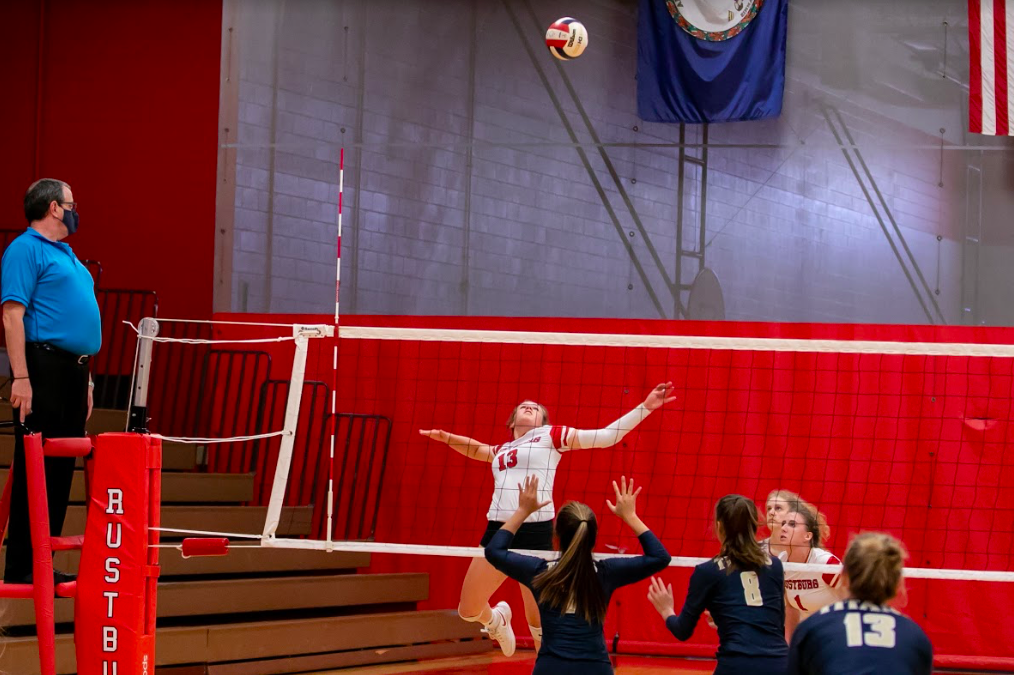 Eden Bigham winds up for a kill. 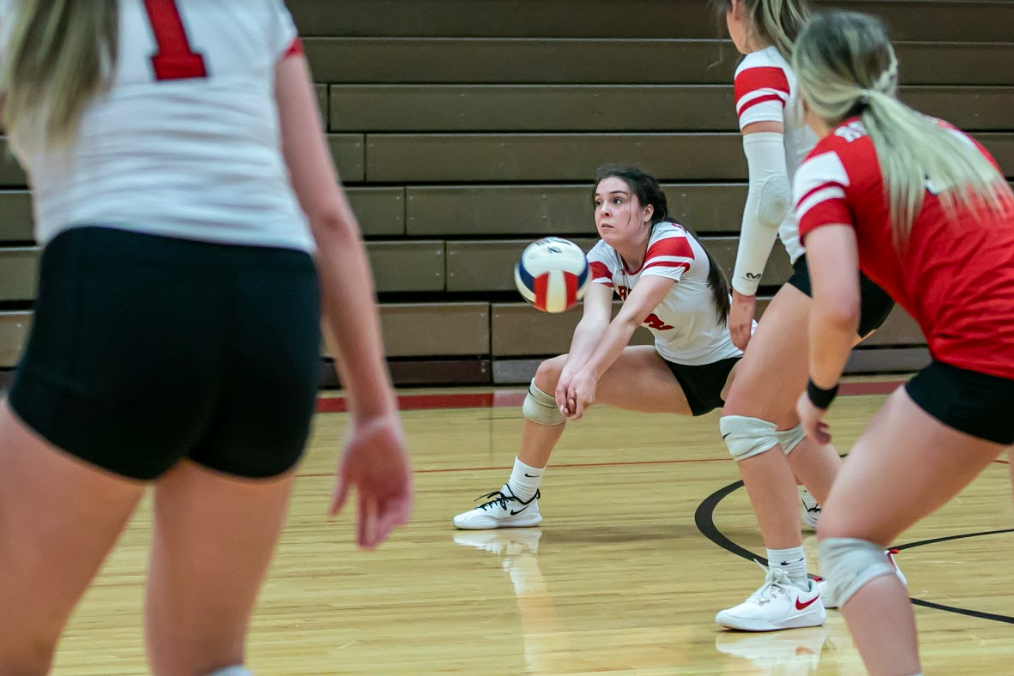 Anna Maddox gets low on defense. 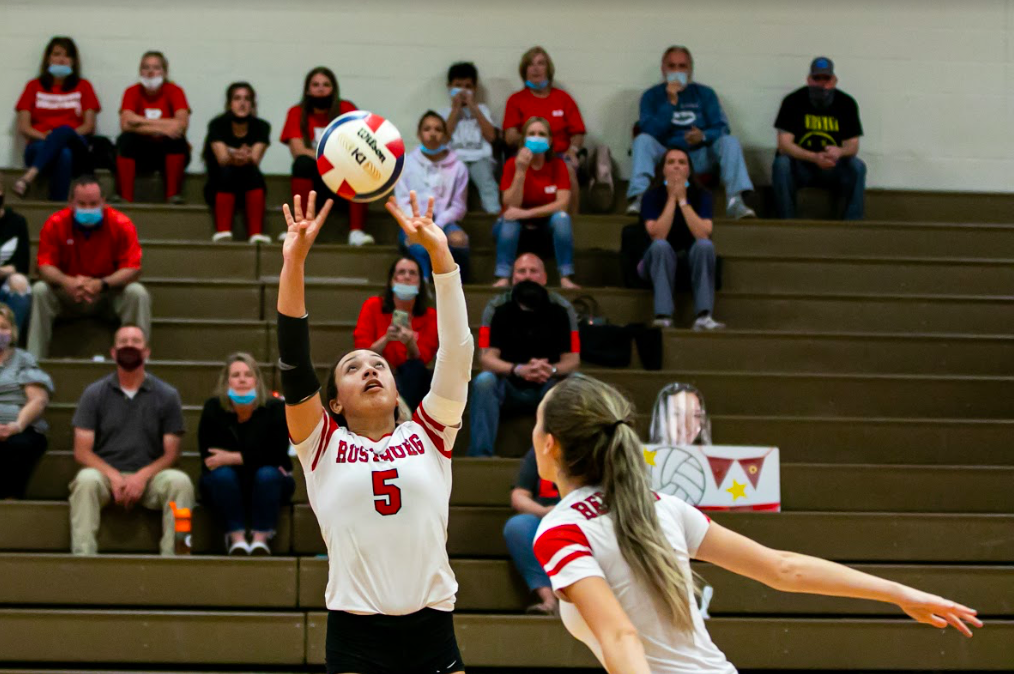 Meah Coles keeps the offense firing on all cylinders. 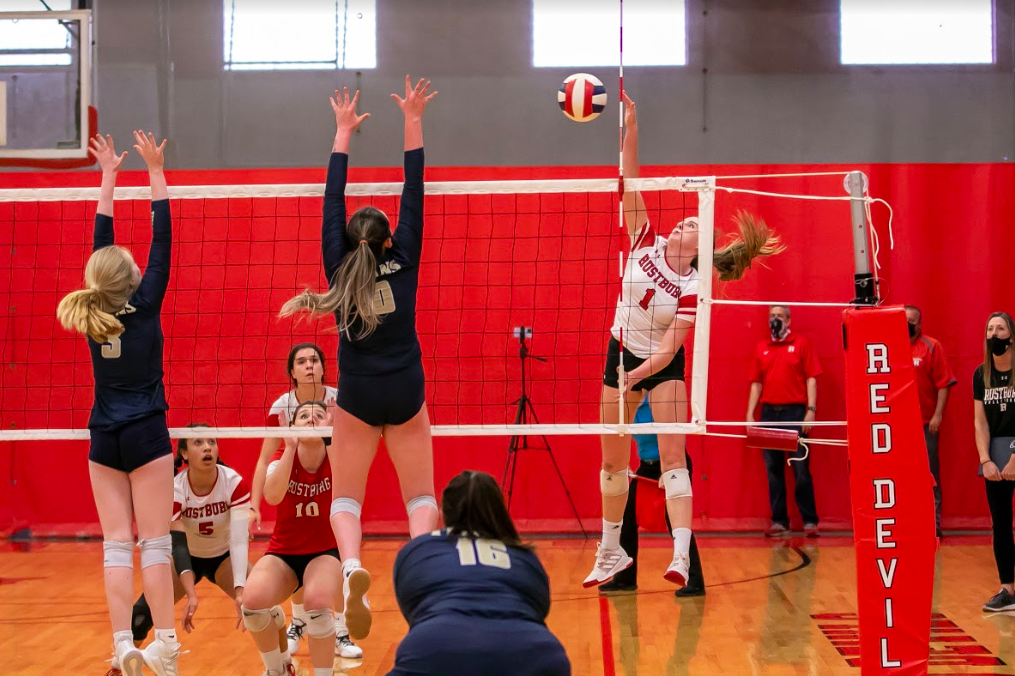 Kate Hardie attacks from the outside. 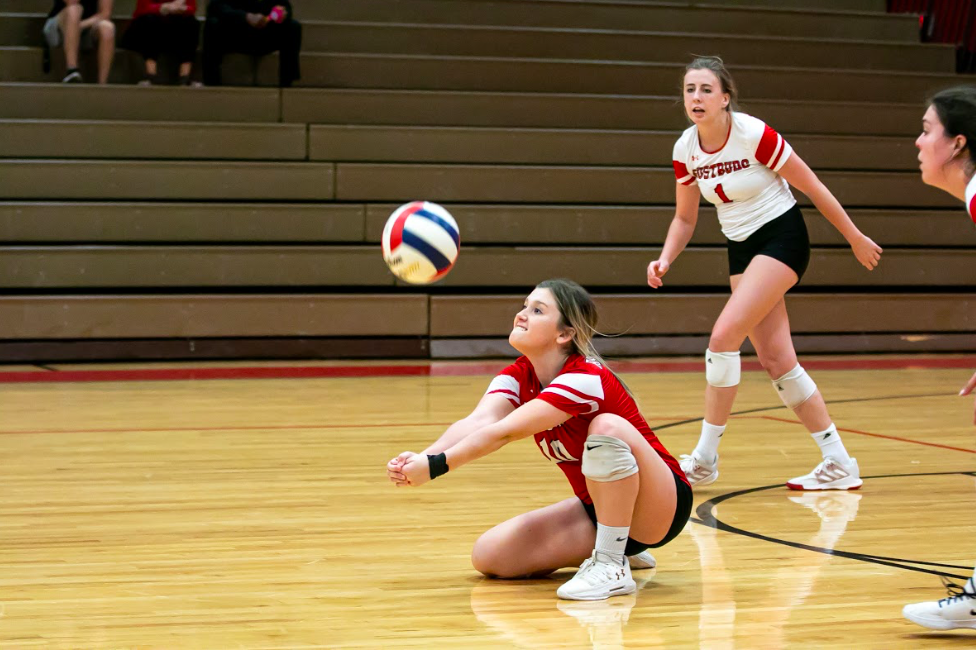 Eden Bigham winds up for a kill.

Anna Maddox gets low on defense.

Meah Coles keeps the offense firing on all cylinders.

Kate Hardie attacks from the outside.

Hidden Valley came to town Tuesday evening to compete against Rustburg in the state 3A semifinals.  The Lady Red Devils hit the ground running in the first set, setting the pace for the rest of the game. Rustburg had a great defensive stand with the help of Tinsley Abbott’s 13 digs.  Rustburg dominated the first set, winning 25-16.
Hidden Valley built lead quickly in the second set, but Rustburg fought their way back with help from Anna Maddox (15 kills, 8 digs, 1 ace, 1 block) and Eden Bigham (5 kills, 8 digs, 1 ace).  Rustburg dropped a close second set to Hidden Valley, 25-27.
“The girls played well but I could tell they were nervous, but they did what they had to do,” said Rustburg Coach Kristen Hardie. “We fought hard and worked hard, and it paid off.”
Rustburg fell behind in the third set but pulled out a 25-19 win.
In the fourth set the Lady Red Devils dug deep, coming back from a 7-point deficit to tie it up.  Once the score was 20-20, Meah Coles with her 61 assists, 5 digs, and 6 aces took over with her serve, knocking out 4 points. Hidden Valley got a side out but then served into the net. Rustburg won the final set 25-21.
Rustburg’s Kate Hardie finished the night with 39 kills, 17 digs, 1 ace, and 2 blocks.   That puts her Kill total at 272 in 15 games. It was a close match but, in the end, Hidden Valley could not hide from the explosive Lady Red Devils.
Rustburg, 15-0 will face New Kent either Friday or Saturday. Time TBA.