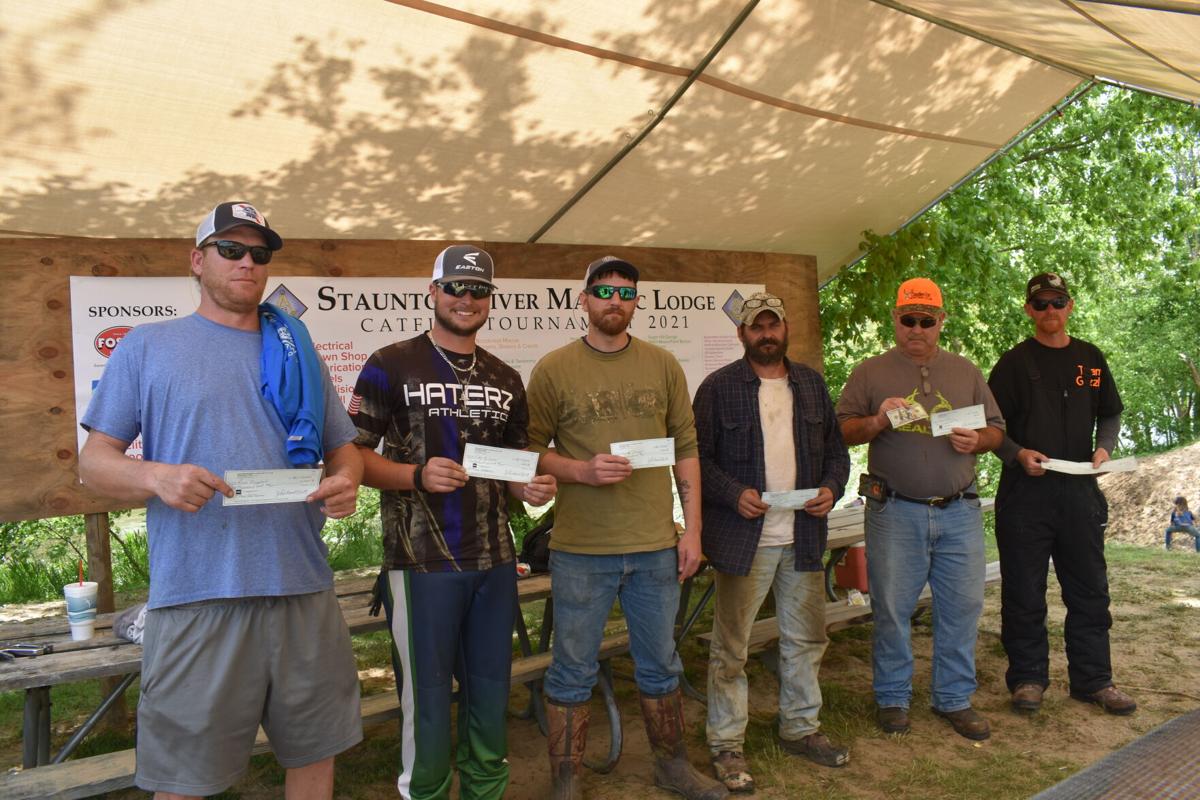 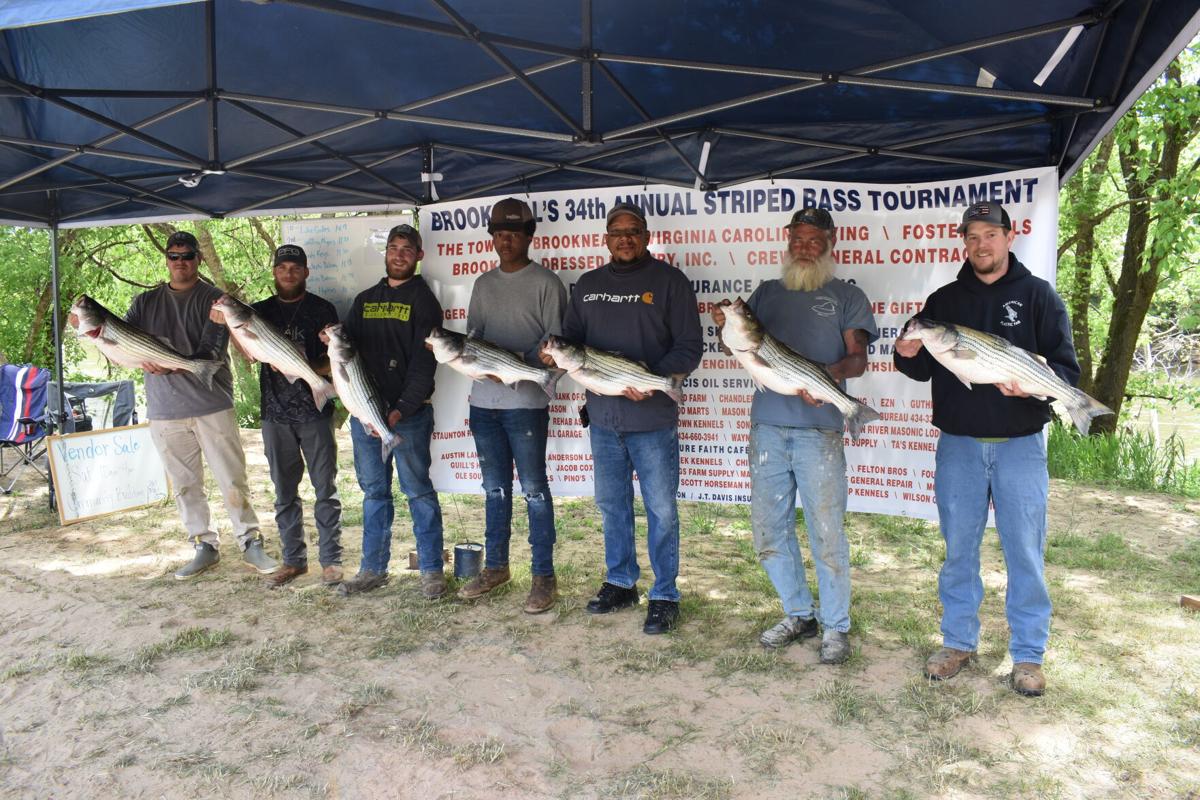 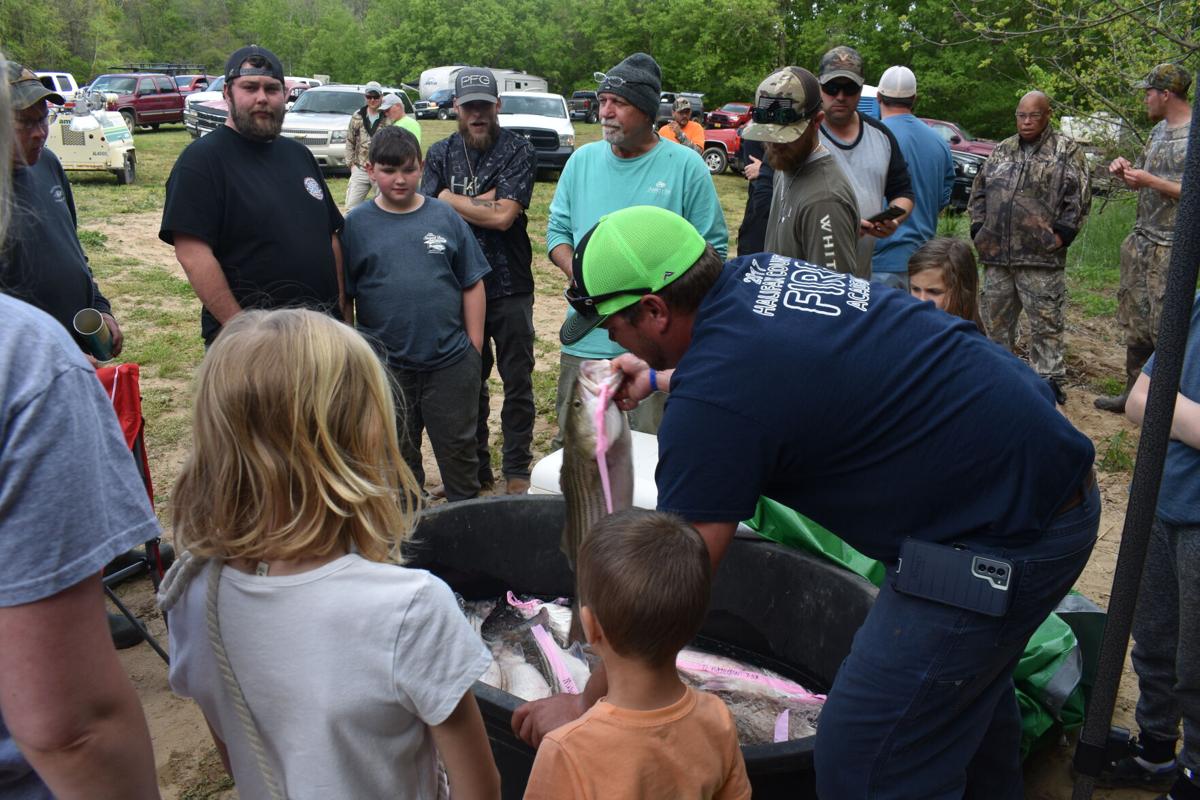 Event organizers kept the winning fish from the striped bass tournament in a tub. 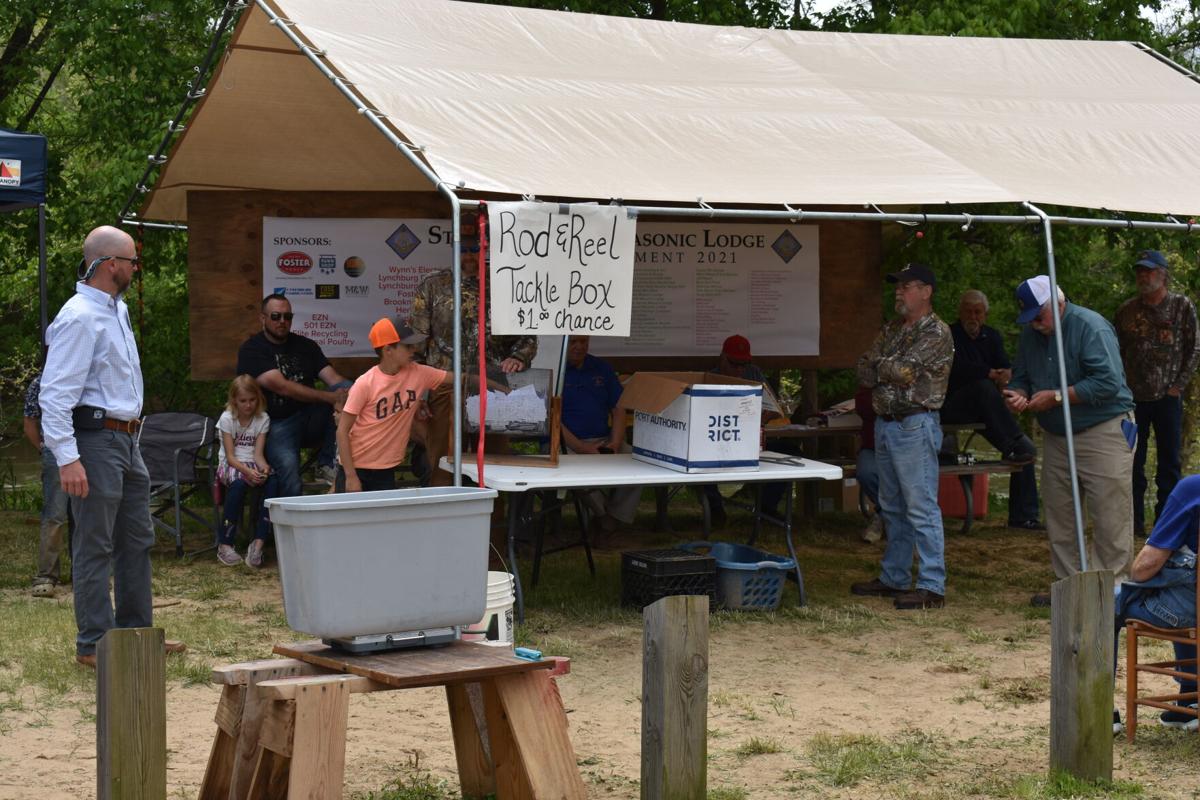 One of the younger spectators helps with a raffle drawing for the Staunton River Masonic Lodge. 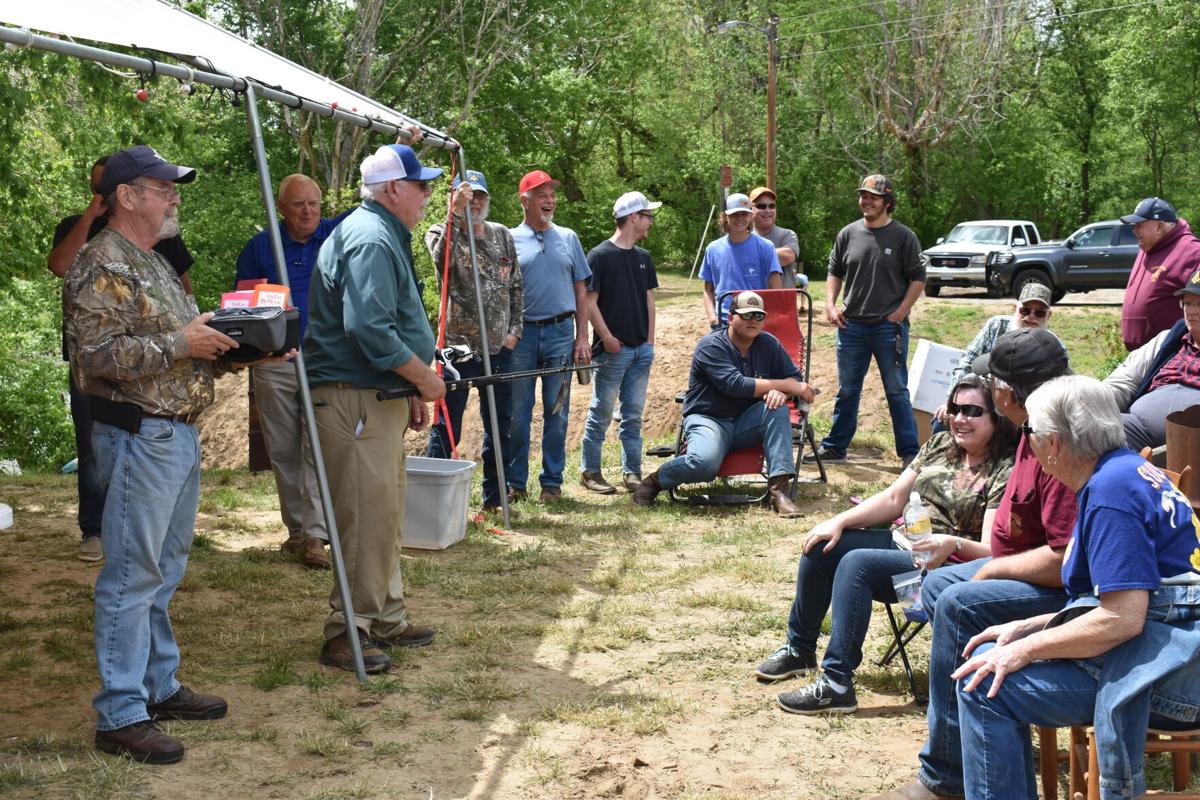 The Staunton River Masonic Lodge auctioned off a fishing rod after the winners were announced. 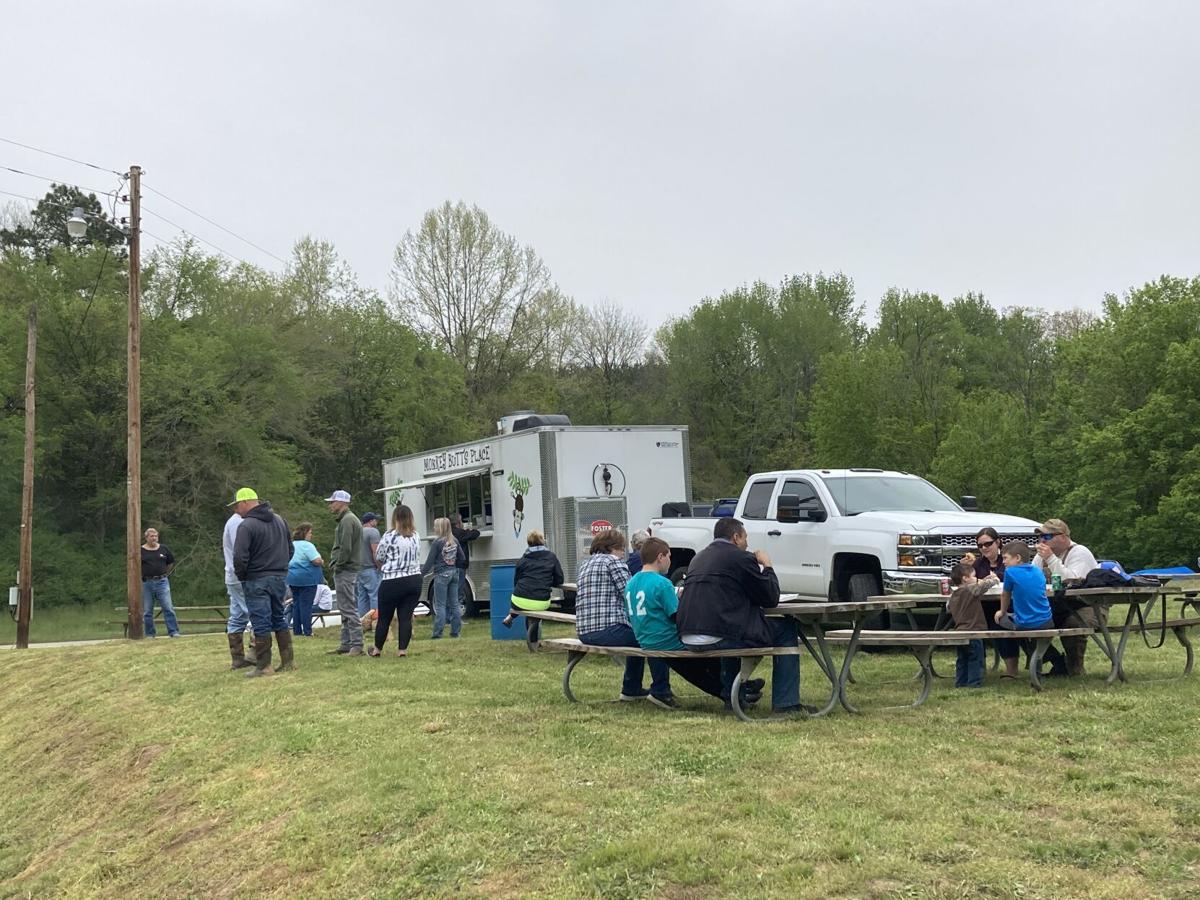 Event organizers kept the winning fish from the striped bass tournament in a tub.

One of the younger spectators helps with a raffle drawing for the Staunton River Masonic Lodge.

The Staunton River Masonic Lodge auctioned off a fishing rod after the winners were announced.

Anglers came to the Staunton River like flies to honey this weekend for a pair of annual fishing tournaments.

They came to participate in either the Staunton River Masonic Lodge’s Catfish Tournament, or Brookneal Dixie Youth Baseball’s Striped Bass Tournament. Some took part in both. Both groups sold T-shirts at the event, and offered various raffles for guns, fishing gear and gift cards. Monkey Butt's Place food truck also came and set up near the boat ramp to serve participants and spectators, and local vendors sold their goods in the nearby Brookneal community building during the event.

Luke Griles won the striped bass tournament but participated in the catfish tournament too. He said he and his friend fished near logjams and fallen trees to try to catch catfish, and were able to catch striped bass in roughly the same areas.

“We normally do mostly catfishing anyways, it’s just with this tournament we get in both because it’s a good chance you can catch stripers too,” Griles said.

Griles said he is from Scottsburg and regularly fishes with friends in and around the area where the Staunton and Dan Rivers meet. He said he first participated in the catfish and striped bass tournaments two years ago.

Griles said a winner in the striped bass tournament is usually closer to 12 pounds, making his 14-pound catch a rarity.

“You hear about a few getting caught,” Griles said. “But that was a really big one.”

Event organizers from both tournaments noted that the winners' catches were especially large this year.

Curtiss Dabney finished fifth in the striped bass tournament. He spent all weekend fishing with his grandson, Malachi Dabney, who narrowly beat him out to finish fourth. Curtiss was grinning ear-to-ear after the winners were announced, but to Malachi, it was just another day fishing with his grandfather. When asked how he beat Curtiss, Malachi said “Just let the bait lie.”

Malachi grew up fishing with his grandfather, and the two still often fish the Staunton together, which Curtiss said is a blessing. As Curtiss talked about the tournament, a friend came over to congratulate Malachi for beating his grandfather.

“He always does,” the elder Dabney responded with a laugh.

Both tournaments had roughly 100 participants each and countless local sponsors. Organizers thanked participants, sponsors and spectators before announcing the winners. The catfish tournament raised money for the Staunton River Masonic Lodge and the Striped Bass Tournament raised money for the Brookneal Dixie Baseball league. The top seven finishers, with the weight of each one of their respective fishes, are listed below.