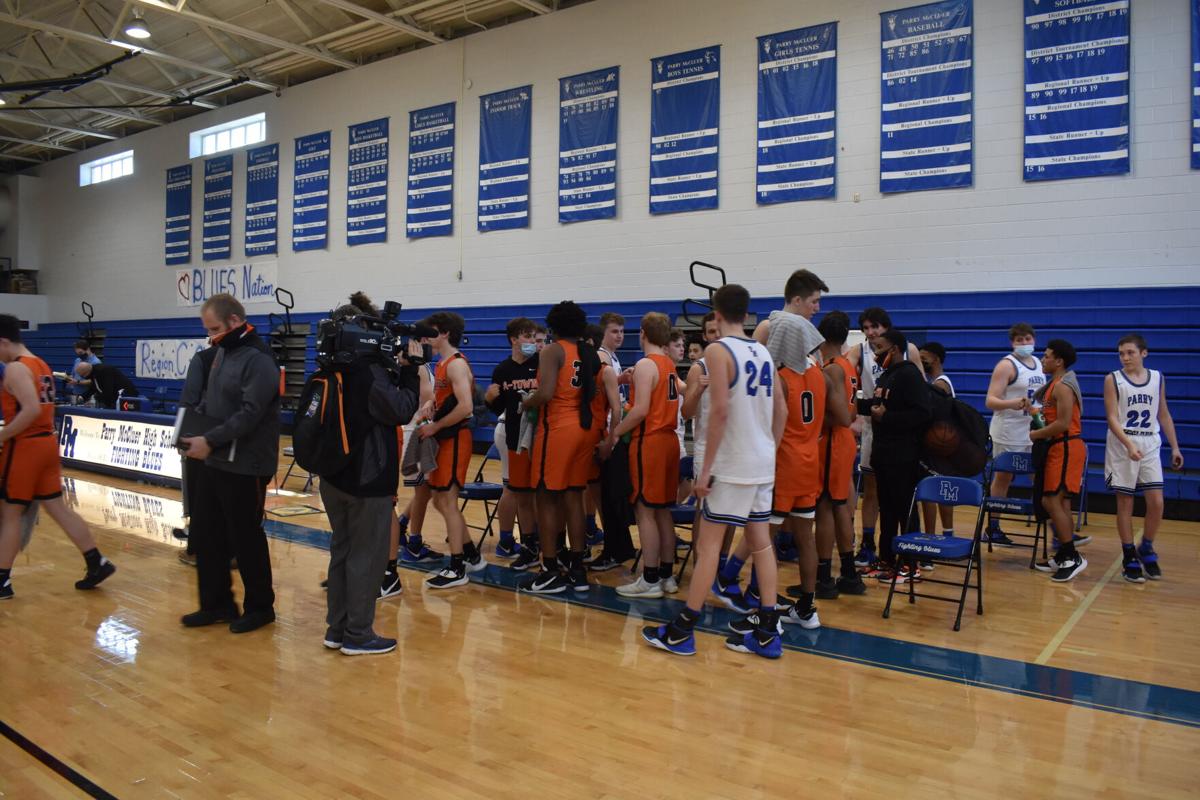 Players from both teams shook hands after the game. 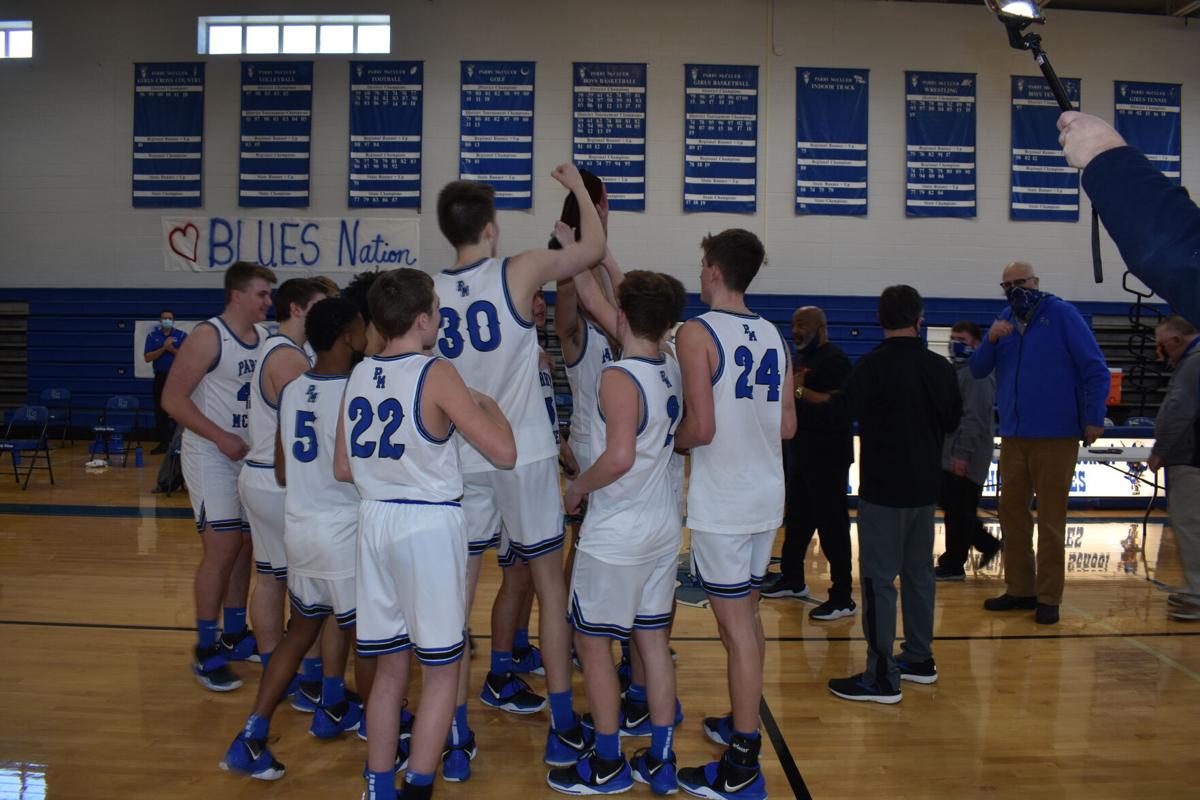 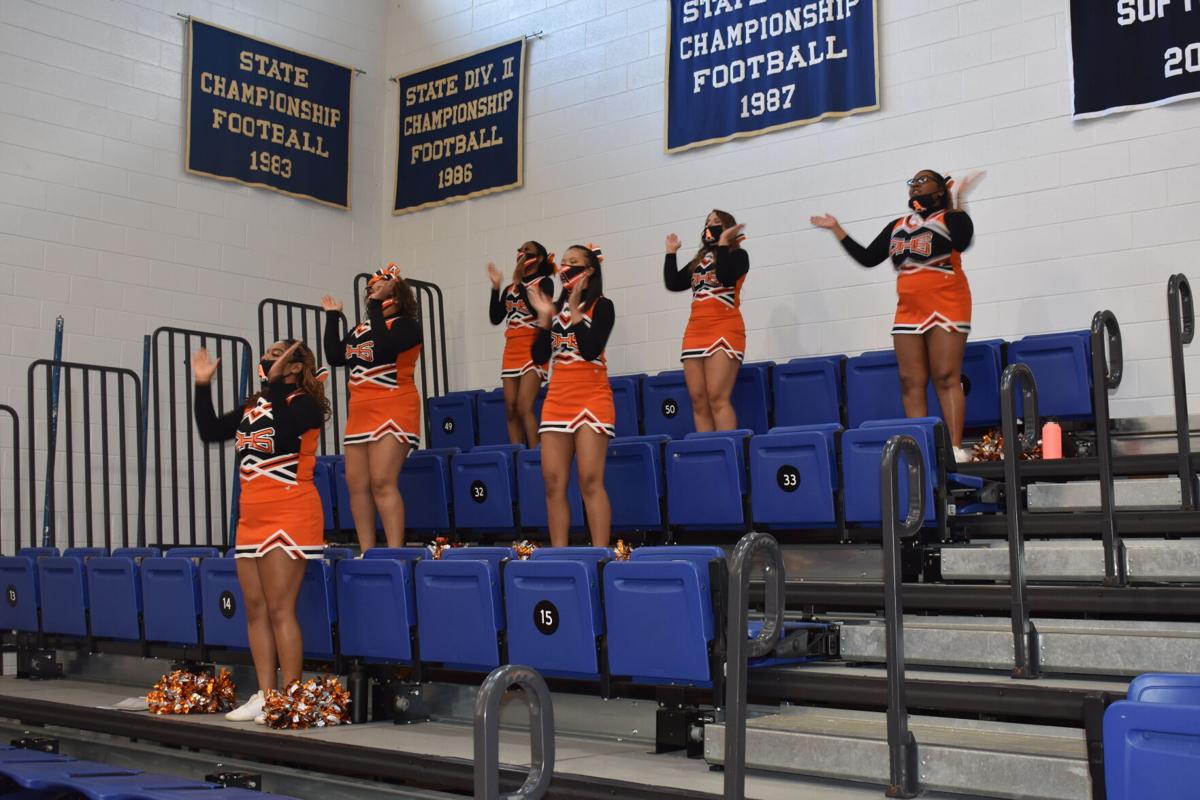 Altavista's cheerleaders made their stomps, claps and cheers heard throughout the game.

Players from both teams shook hands after the game.

Altavista's cheerleaders made their stomps, claps and cheers heard throughout the game.

After a warm send off from their home turf this morning, the AHS boys basketball team headed North for a game against Parry McCluer in the finals of the Class 1 State Tournament.

Most of the time when a high school sports team makes it to a state championship, they can expect to face an opponent from the opposite side of the state who they haven’t seen all season, and maybe haven’t even heard of.

In today’s contest for the state championship however, the Colonels faced an opponent—and a coach—all too familiar to them.

Altavista Coach Casey Johnson was coached as a high school student by Parry McCluer Coach Mike Cartolaro, who won several state championships, including one as recently as 2015, during his time as Altavista’s head coach, according to a recent Lynchburg News and Advance article.

The two teams had also played in January, which ended in a Parry McCluer win, 63-52.

Still, the Colonels were coming off a thrilling comeback win over Mathews earlier this week, and jumped out to an early lead against Parry McCluer, perhaps riding momentum leftover from their playoff run.

The score at the end of the first quarter was 12-4 Altavista.

The Colonels would lose that lead going into halftime, but only by a narrow margin. At the start of the third, the score was Parry McCluer 17, Altavista 15.

Though the two had essentially swapped high-scoring quarters to start the game, Parry McCluer managed to maintain control in the third, gaining a 41-27 advantage.

Altavista fought hard in the fourth, pressing their opponents and at times forcing turnovers, but Parry McCluer stood their ground, making enough open shots and free throws to extend the lead.

Though the Colonels were able to slow the Fighting Blues’ Spencer Hamilton early, he managed to score his share of points in the second half, finishing with a total of 17 points. Will Dunlap also finished in double figures for Parry McCluer with 12 points. Several other players scored in single digits for the Fighting Blues as well.

Though the Colonels fought hard for rebounds and loose balls and were able to slow Hamilton and Dunlap at times, they were unable to score as many fast break points as they typically do against Parry McCluer’s length.

Stuart Hunt led the Colonels in scoring with 15 points, followed by Jayllen Jones and Marquel Dawkins with 6 each, Ryan Hart with 5, Ben Tweedy with 4 and Turner Johnson with 3.