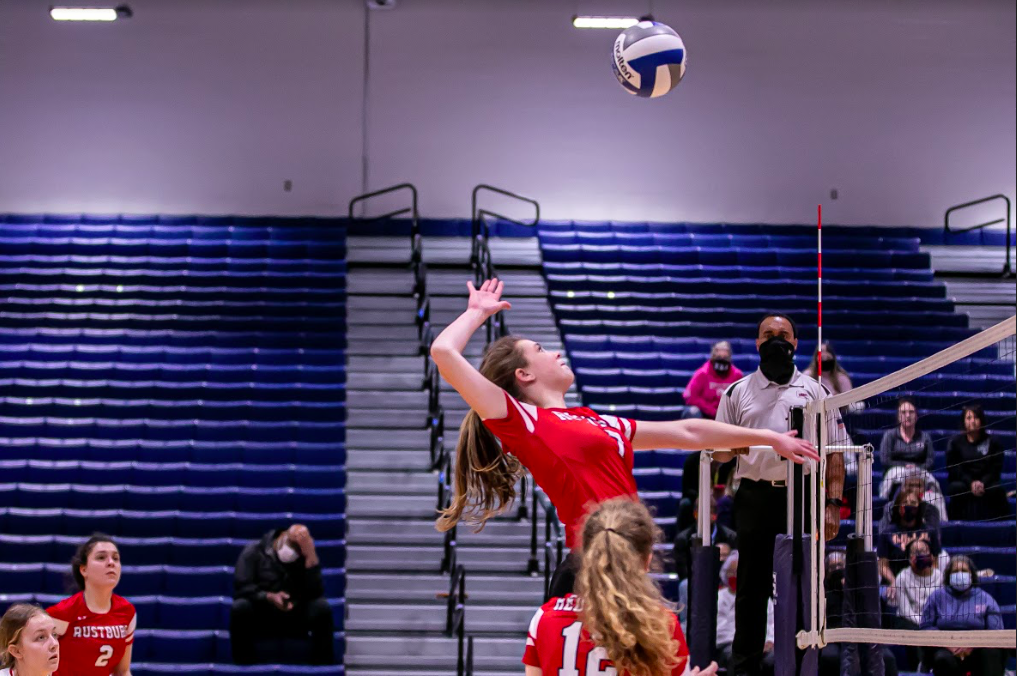 Casey Holt throws it down. 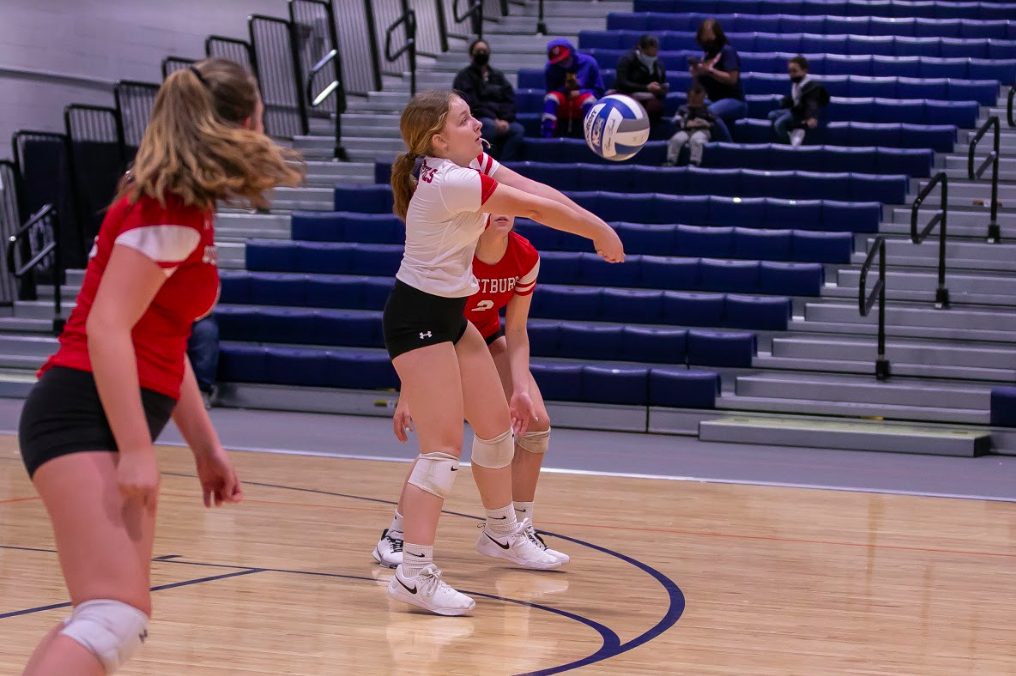 Jenna Bryant passes to the setter. 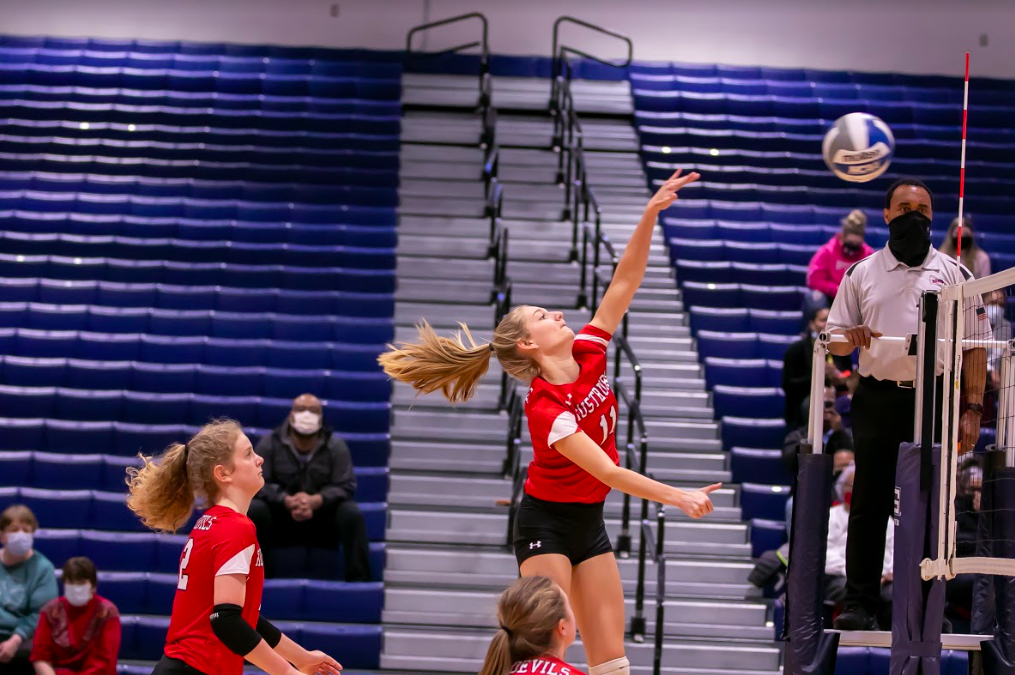 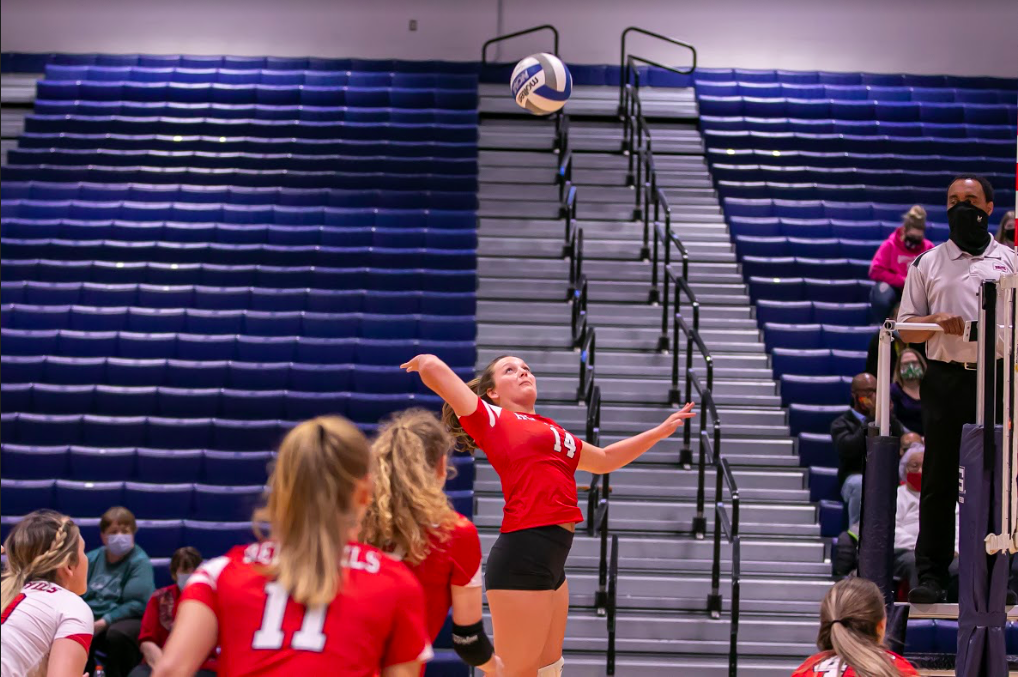 Summer Smeltz gets up for a kill.

Casey Holt throws it down.

Jenna Bryant passes to the setter.

Summer Smeltz gets up for a kill.

Rustburg quickly put up a double-digit lead in the first set.  Eden Bigham helped on the corners with 5 kills and 2 digs as the Lady Red Devils finished the first 25-8.

“The whole team did well, and everyone got a lot of opportunities to play,” said Coach Kristen Hardie.

Rustburg’s players were cheering each other on throughout the game, and senior players made sure to help and encourage younger players.

Rustburg put away the next 2 sets (25-14, 25-10) against Heritage with the help of Tinsley Abbott with 4 digs, Casey Holt with 3 kills and Kate Hardie with 4 aces, 5 kills, and 2 digs.  Rustburg kept their undefeated season alive.  LCA will Travel to Rustburg Tuesday for the last Seminole game of the Regular Season.