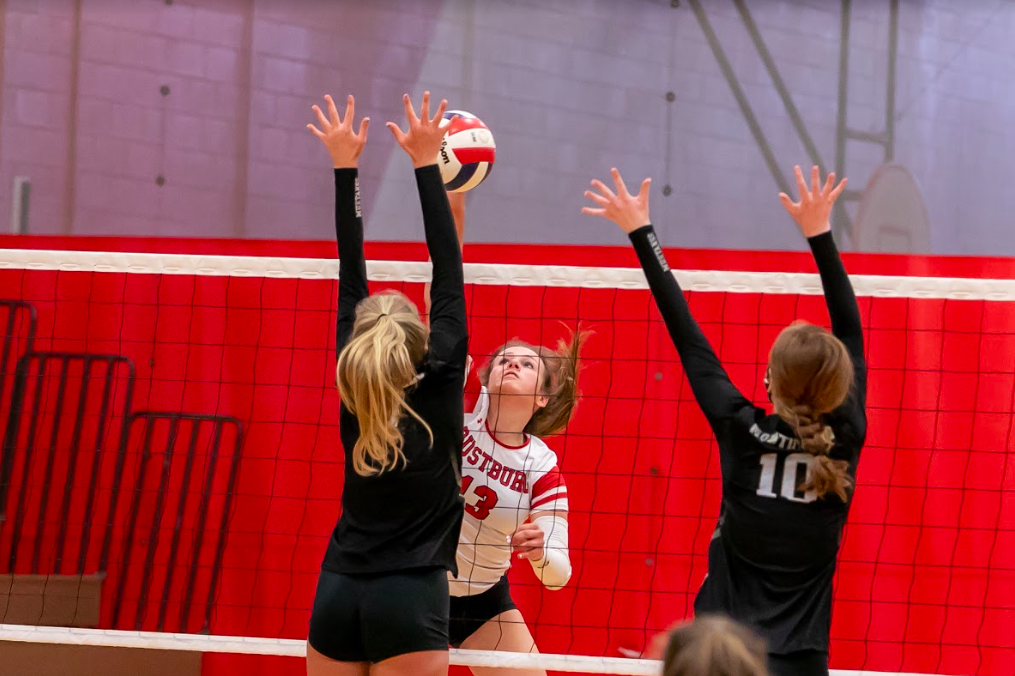 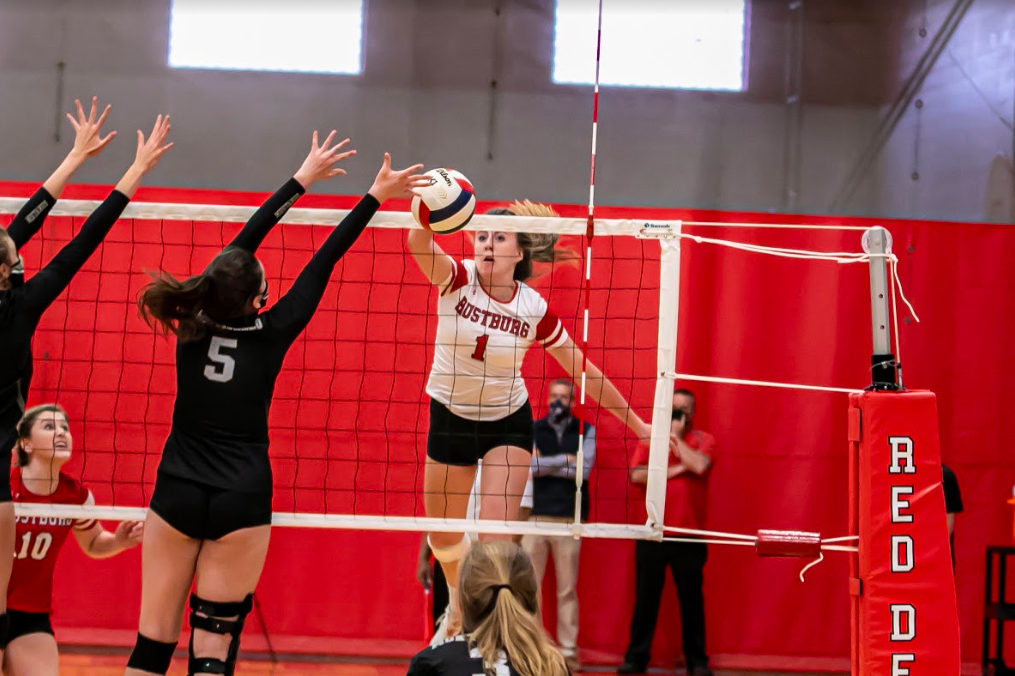 Kate Hardie delivers down the line. 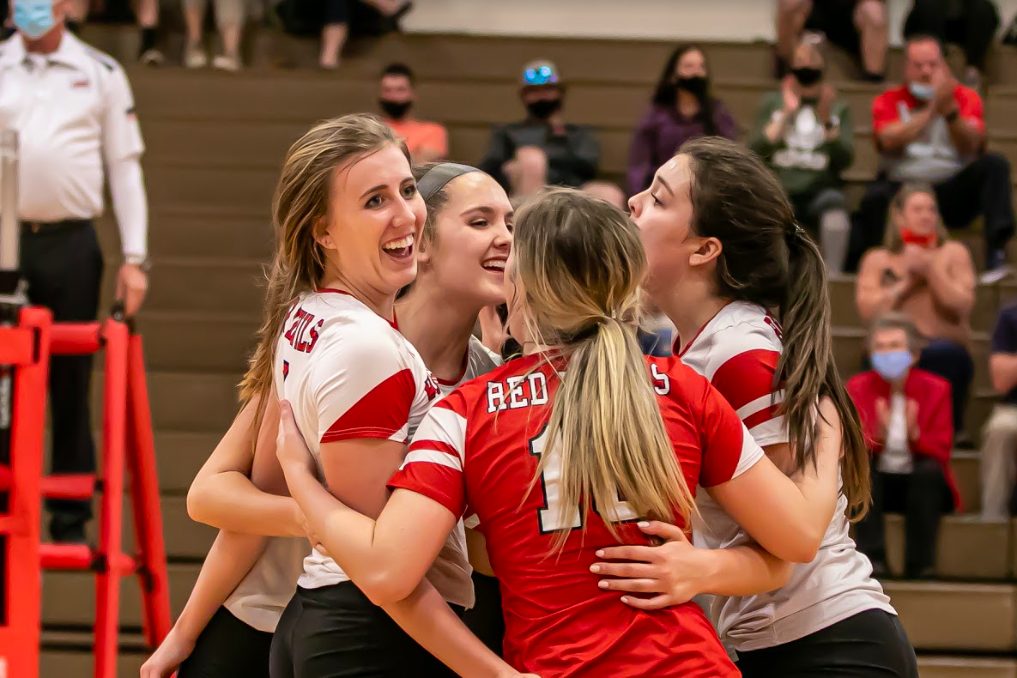 Kate Hardie looks over at her coach after a point. 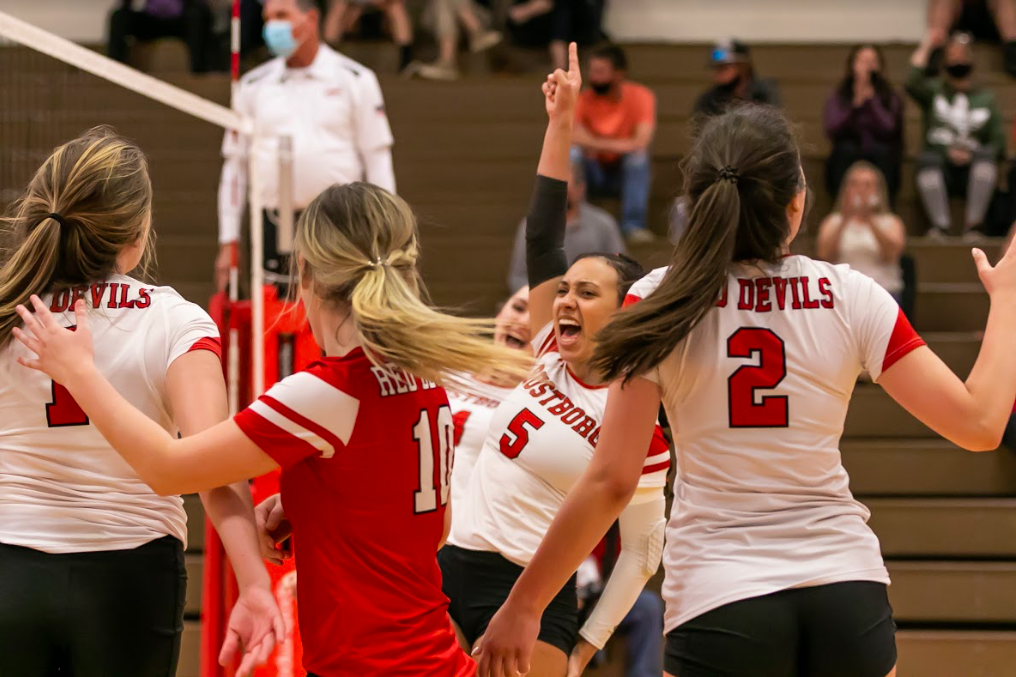 Meah Coles celebrates after a point.

Kate Hardie delivers down the line.

Kate Hardie looks over at her coach after a point.

Meah Coles celebrates after a point.

The Mustangs of Monticello cruised into Rustburg Thursday night for the regional semi-finals against the undefeated Lady Red Devils (13-0).

“We played great, with excitement and energy which is needed late in the season like this,” said Rustburg Coach Kristen Hardie.

Rustburg built up a double-digit lead in the first set with the help of Meah Coles in the middle who had 40 assists, 2 digs and 2 aces.  Eden Bigham was a big hitter on the end with 8 kills, 6 digs and 1 ace.

“The girls looked a little nervous in the second set, which let Monticello come close to taking the set,” Hardie said.

In the third set it was easy to see the Lady Red Devils got into their game and groove.  They looked like they were having fun. End hitter Anna Maddox had 10 kills, 8 digs and 2 aces.  Another big hitter Thursday night was Kate Hardie with 19 kills, 5 digs and 1 ace.  Hardie’s game winning kill that put her at 214 kills for the season.

At the end of the night the Mustangs from Monticello did not have the horsepower to hang with the Lady Red Devils.

Rustburg will host Fort Defiance this Saturday at 4 p.m. for the Region Title.