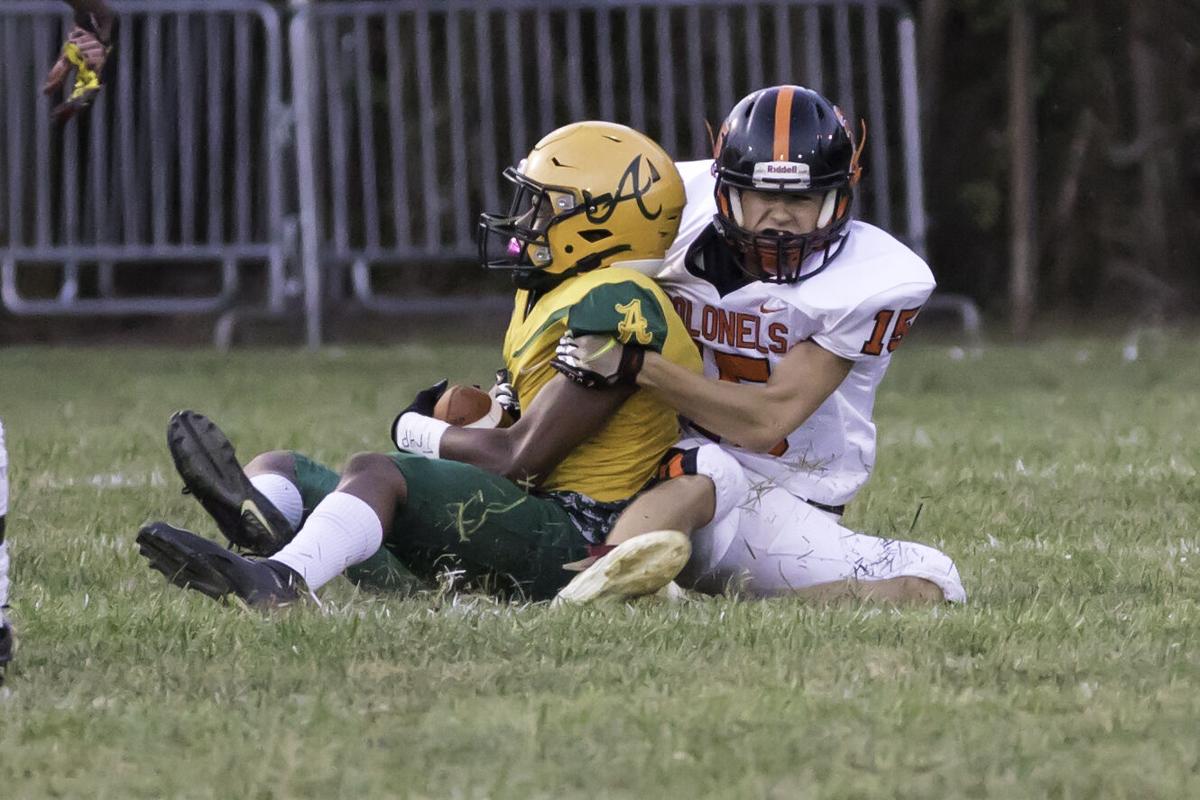 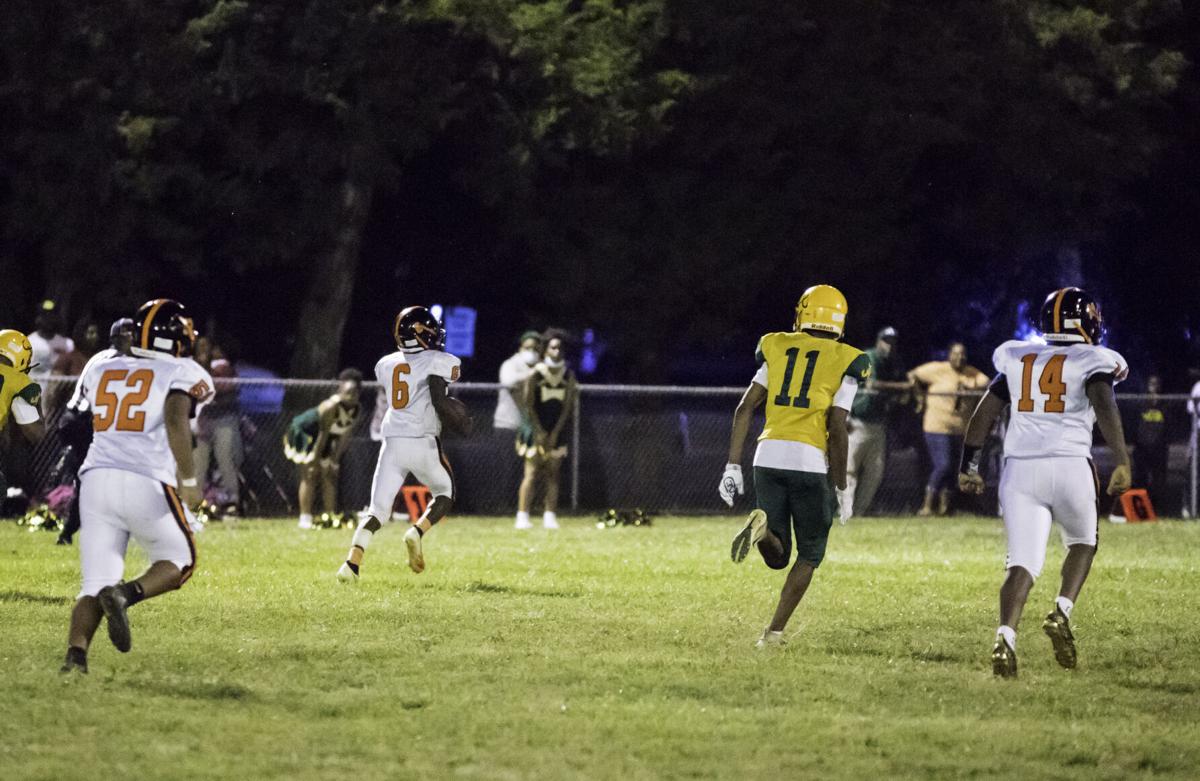 Altavista's Makel Stone (6) returns a kickoff for a touchdown. 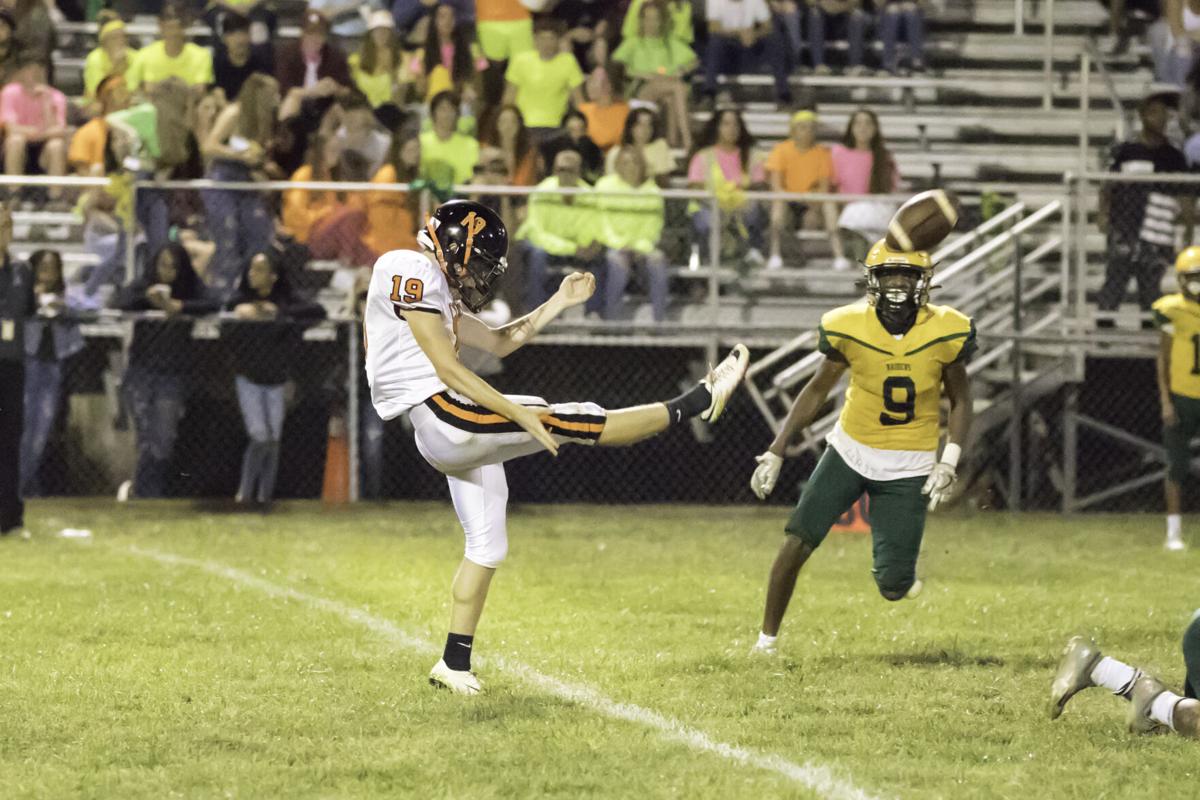 Altavista's Eli Schubert (19) punts to Amelia deep in their own territory.

Altavista's Makel Stone (6) returns a kickoff for a touchdown.

Altavista's Eli Schubert (19) punts to Amelia deep in their own territory.

The Altavista Colonels traveled to Amelia County this past Friday night for some high school football action, falling to the Raiders 50-7. Amelia would strike first, marching 65 yards down the field on the opening possession of the game. That drive culminated in a 3-yard TD run by running back DeQuan Pegram for an early 8-0 lead. Raiders quarterback Antonio Harris stretched the lead to 14-0, scoring on an 8 yard TD scamper, but Altavista immediately answered when Makel Stone took the ensuing kickoff and darted 80 yards for the touchdown to pull the Colonels within 14-7. The momentum shifted on the very next kickoff, as Pegram countered with his own 80-yard TD return to make it 22-7. The Raiders would add yet another score late in the second quarter to take a 30-7 advantage into the locker room.

The Altavista offense would continue to be stymied by the vaunted Amelia defense once again in the second half, in a contest that was filled with numerous penalties. Pegram and Harris would later both provide another touchdown each, leading the Raiders (3-0) to the victory.

Altavista (1-3) will return home to take on rival William Campbell (0-2) at English Stadium this Friday night at 7 p.m.