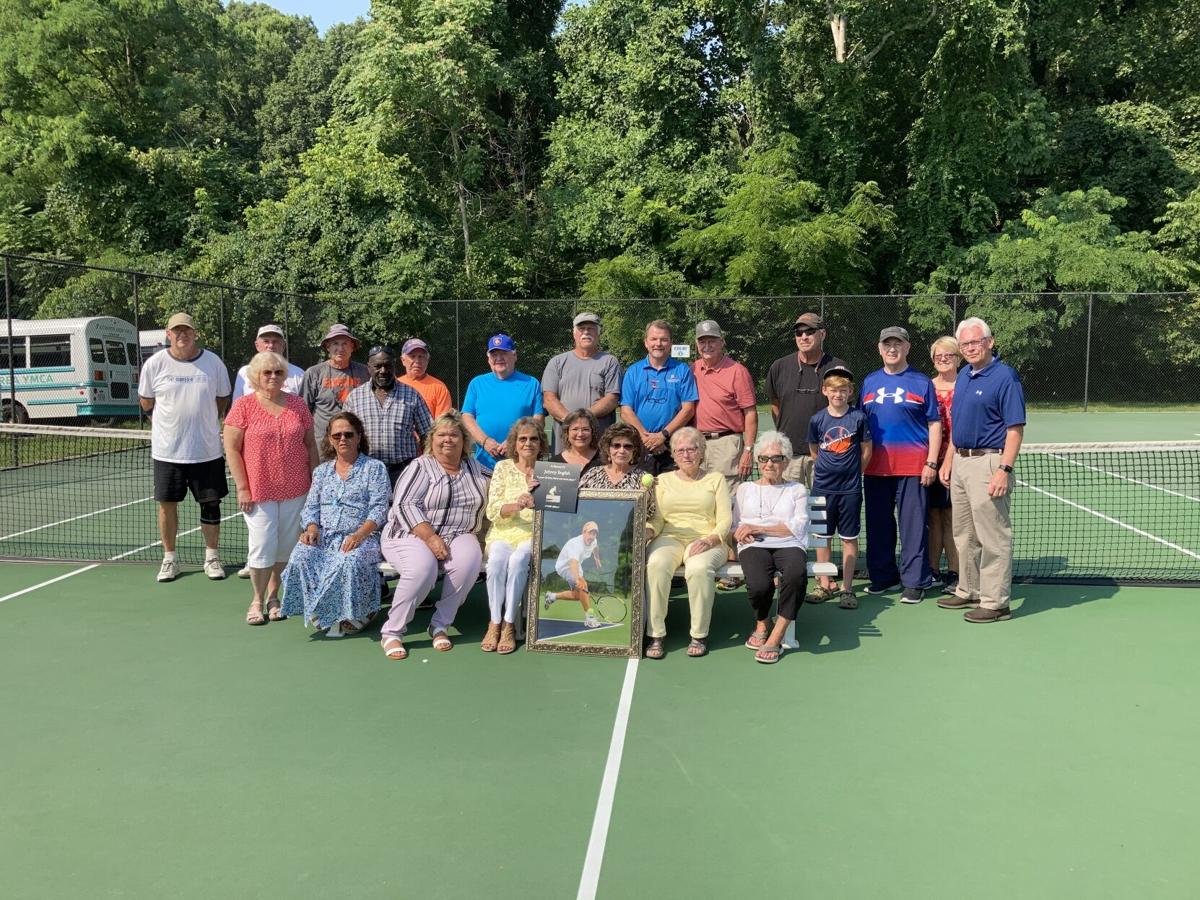 Standing between both rows are Judy Clay, cousin and Henry Berger, brother-in-law. 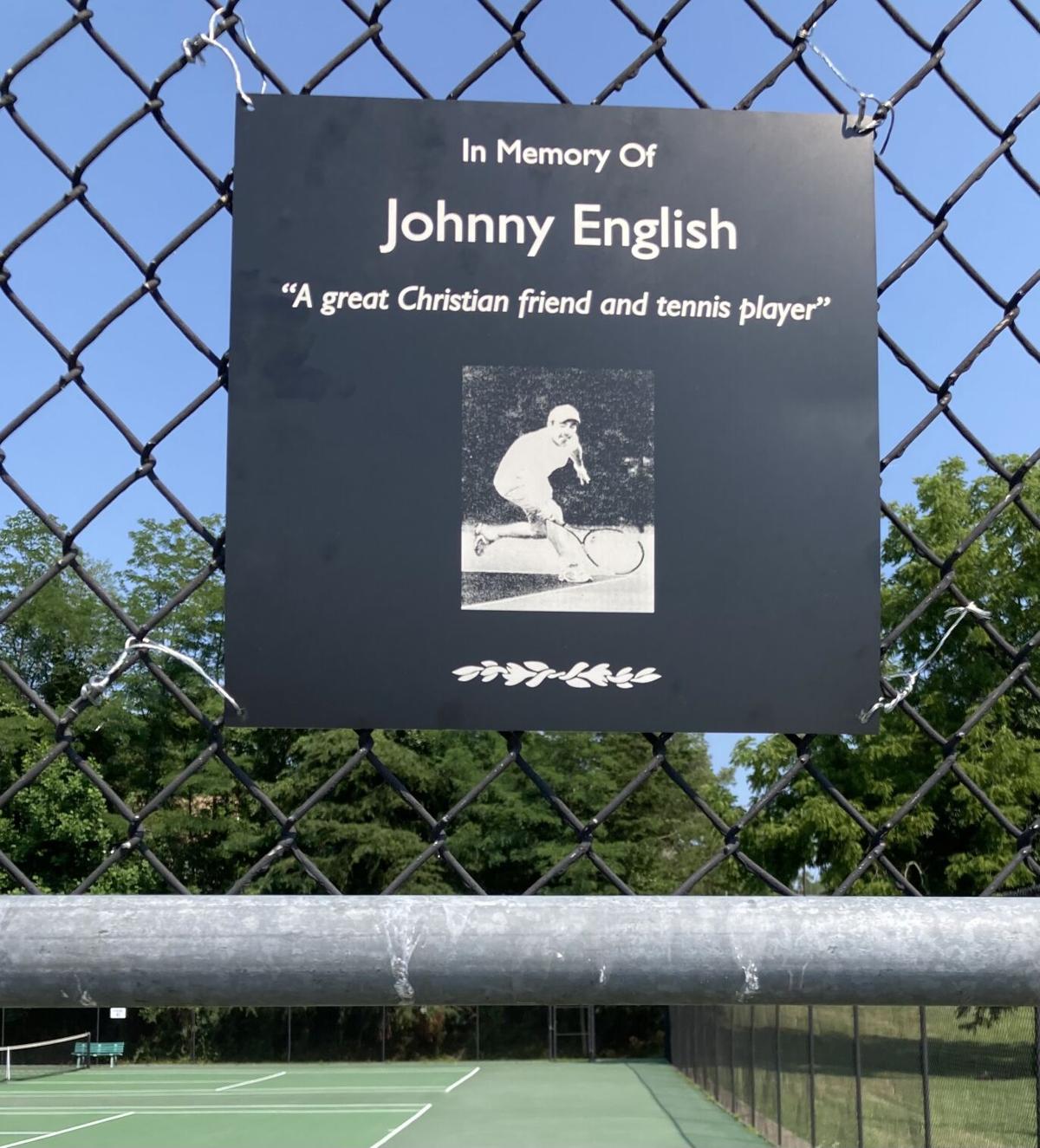 A small sign was hung above the entrance to the courts in English's honor.

Standing between both rows are Judy Clay, cousin and Henry Berger, brother-in-law.

A small sign was hung above the entrance to the courts in English's honor.

All those who played with him knew Johnny Edward English more than left his mark at the Altavista Area YMCA’s tennis courts. But this week, it became official.

Family members and friends of English gathered on the courts Tuesday to honor his memory by placing a small plaque above the courts’ entrance. Though a service was held for English at Gretna Pentecostal Holiness Church in May, they decided something extra needed to be done for the athletic English, who likely still had many good playing years ahead of him before passing away after a months-long bout with COVID-19 at 63 this spring.

“He was not somebody who took playing lightly,” Keith Myers, who grew up watching English play softball in a local league, said about his friend. “He gave it everything he had. And he did that same thing years later when I started playing tennis with him down here.”

Myers’ father, William, met English 40 years ago. He said the man he met then was the same kind, down-to-earth man he met the last time he ever saw English.

“All of us grew to love and respect him and appreciate him for the man he was,” Myers said.

Once the group of at least 20 that showed up to honor English had gathered in front of the net for a picture, YMCA executive director Steve Jester said a few words about English.

“I’ve been at the Y for 50 years,” Jester said. “And if there’s ever been a person that would epitomize what the Y means and what sportsmanship means and good behavior, just being an all-around great guy, it’s Johnny.”

Though perhaps a tear or two was shed, as family and friends milled around the court and English’s sister, Cindy Berger, spoke about his love of the San Francisco 49ers and strong faith in God, the sunny day felt much more like a celebration of all the man stood for, rather than a somber occasion.

Marie English, Johnny English’s mother, said the day “touched her heart” when asked how it felt to see so many gather to honor her son.

“This is closure on this earth for Johnny,” she said.