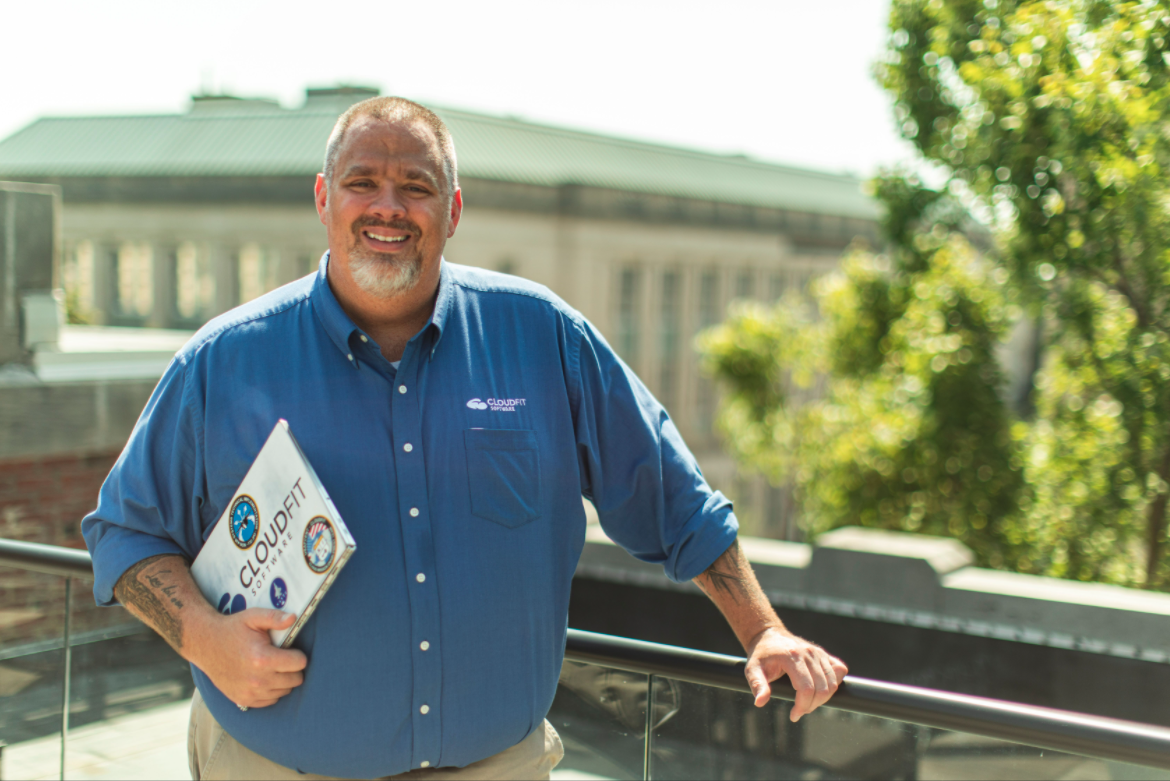 CloudFit Software has grown rapidly since it was founded in 2018. 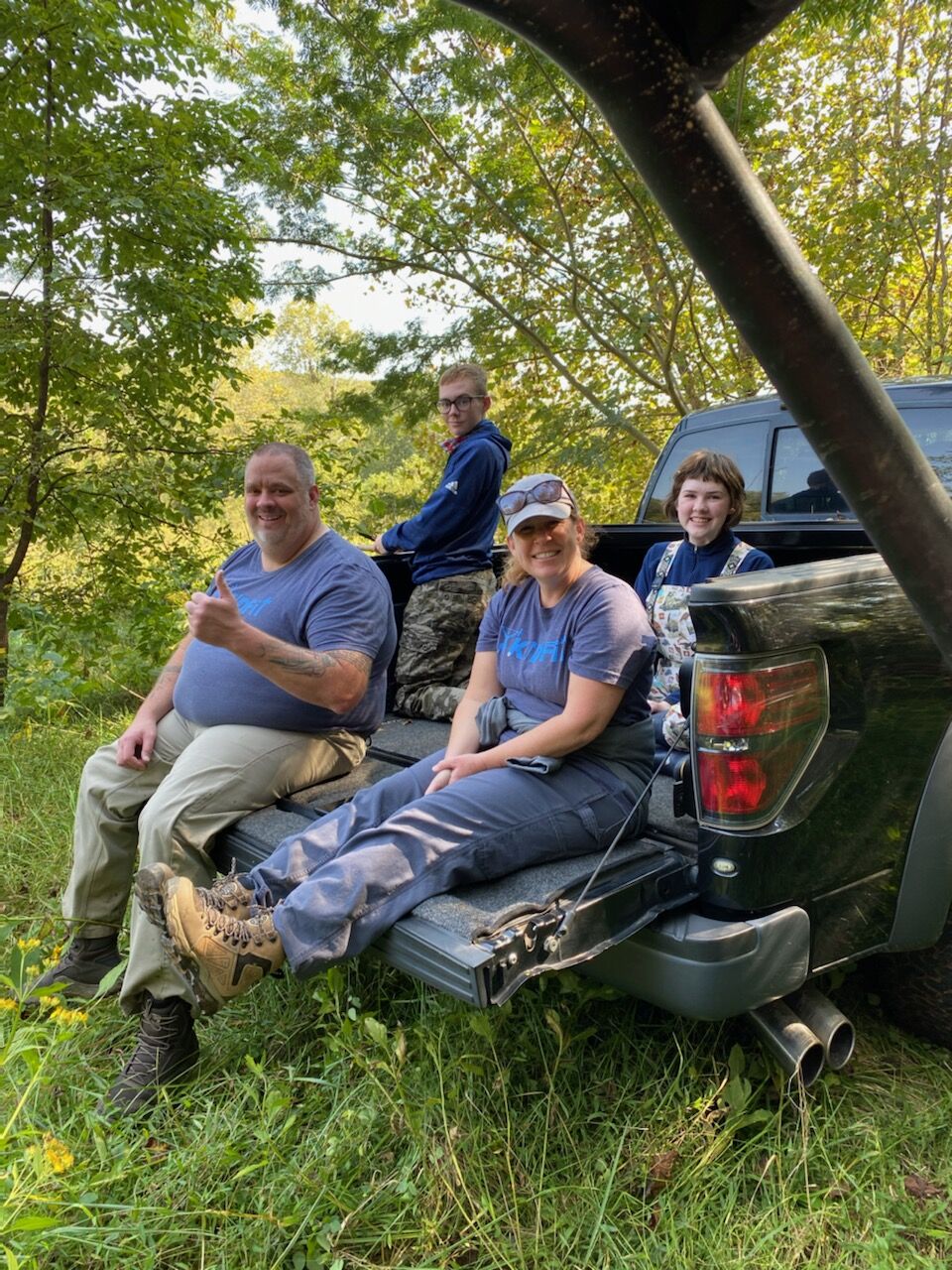 Carroll Moon (left) and his family take a breather while at the farm. Moon still owns farms in Level Run and Grit.

CloudFit Software has grown rapidly since it was founded in 2018.

Carroll Moon (left) and his family take a breather while at the farm. Moon still owns farms in Level Run and Grit.

He is the founder of an up-and-coming tech company with decades of industry experience. Now, he wants others from the Altavista area to be able to make it in tech like he did.

Carroll Moon is the Chief Technical Officer (CTO) of CloudFit Software, an award-winning Lynchburg company that helps businesses use cloud-based applications. CloudFit donates large portions of its profits to youth and adult mentoring programs in athletics and IT careers. Despite the company’s many functions, what ultimately led Moon to start it was a simple, if difficult goal: work at Microsoft.

“I wanted to work there from 8 years old forward,” Moon told the Altavista Journal in a recent interview.

Moon’s childhood home is on a farm in Level Run, which he still works sometimes. His mother worked at Klopman Mills and his father worked in grocery stores in Altavista when they weren’t on the farm. His parents saved up for roughly two years to buy a young Moon his first computer, at a time, in Moon’s words, when “computers weren’t all that prevalent.”

“I promptly took it apart and they freaked out,” Moon said. “But we got it back together, and that sparked the journey that I’m on.”

Moon was born in 1976. He grew up on a dirt road 15 minutes from the nearest spotlight. He said his family only purchased a tractor from the 1940s when he was in high school.

“I always said the rich farmers had tractors, we had horses,” he said.

Though his family farm is in Pittsylvania County, Moon traveled to Altavista for everything from haircuts to candy bars.

“Altavista was a different place when I was growing up. There were thousands and thousands of manufacturing jobs that aren’t here currently,” he said.

Moon recalls workers commuting from Lynchburg, Danville and other areas to work in Altavista. Meanwhile, between his chores on the farm and schoolwork, Moon would play on his computer and read whatever he could get his hands on about computer programming. As a 10-year-old he would sometimes call his mother’s coworkers who worked with computers, like her manager, Don Morton, to ask questions about programming.

Moon was able to take computer classes at Hurt Elementary and Gretna Middle School. As a student at Gretna High School, where Moon played football, basketball and baseball, he was also able to learn about computer programming on his own after school staff helped him get a special independent study credit approved by the school board.

Moon said one man in particular, an employee of Klopman Mills, gave him significant help on his journey.

“Mike Atkinson was probably the main guy that sacrificed to help me,” Moon said.

Atkinson hired Moon while he was still in college to work as an intern at Klopman during the summers and school breaks. Moon attended Hampden-Sydney College where he played football and studied mathematics and computer science. When he wasn’t busy there, Moon would work on the computers at Klopman.

The opportunity meant a great deal to Moon, who would later give his son the middle name Atkinson.

“He made a tremendous impact on my life and he sacrificed a lot,” Moon said about Mike Atkinson. “I wouldn’t have the opportunities I’ve got today were it not for him.”

After he graduated from college in 1998, Moon worked for Burlington Industries for roughly two years.

Shortly after moving to Burlington’s Greensboro, North Carolina location, he was able to land a job at Microsoft’s Charlotte, NC location in 2000.

Moon said he began working for Microsoft, his dream since he was 8 years old, roughly one month before he turned 24.

“It was a miracle man,” he said. “Sometimes that happens.”

Moon said it ‘felt awesome’ to land the Microsoft job. He said growing up on a farm taught him how to solve problems, which later helped him in his career at Microsoft.

“Once I learned how to code, then I tied those two together,” Moon said.

While at Microsoft, Moon worked directly with customers to help them understand and address their challenges. He was one of the first people to work on the team that built Office 365, now known as Microsoft 365, a suite of computer applications that includes Microsoft Word and PowerPoint. He was also an early member of the team that built and ran Xbox Live, a popular online gaming service.

“Most people in the developed world recognize the brand Office 365, and to have been a part of that from the beginning was really, really cool,” Moon said.

But after a nearly two-decade span with Microsoft, which Moon called a wonderful experience, he felt the need to leave for several reasons, or rather, because of a new opportunity.

“It’s scary to leave one of the best companies on the Earth,” Moon said.

Moon said Microsoft is like the world’s computer. He compared the company to an electricity provider during the industrial Revolution. As electricity became increasingly relevant, people using water-powered apparatus for, say, mills, would eventually switch to electric equipment. CloudFit’s niche in that scenario would be to help install the new milling equipment and ensure it would run properly. That’s one of the reasons Moon said he left Microsoft.

Thus, Moon founded CloudFit with a number of Microsoft colleagues. The company now helps customers install and run complex applications that are critical to their operations.

“I think most of the folks at Microsoft will tell you that the operations and running of the cloud, or running of customer applications on the cloud, is probably the most critical thing going on right now,” Moon said.

More importantly, however, Moon said he wanted to run CloudFit because of the two charities it benefits, which he also founded. CloudFit’s bylaws require it to donate to KidFit, a charity that provides mentoring to children and teens through sports, and JobFit, a charity that provides job mentoring for adults to work in the IT space, each time the company hits certain revenue thresholds.

“Literally every moment I spend working at CloudFit is a moment working for those two charities,” Moon said.

Moon’s decision to start CloudFit hearkens back to an early self-performance review exercise he participated in at Microsoft, during which he wrote that he eventually wanted to run every mission-critical application (a software program or programs critical to a business’s success) on Earth—which is his current goal for CloudFit.

The company has now won Microsoft’s U.S. Partner Award for Gov/Defense & Intel the past two years in a row. CloudFit was founded in 2018. It now has over 170 employees in 26 states, and counts the Department of Defense and Fortune 500 companies among its customers.

Though its reach has expanded rapidly, Moon said another important aspect of CloudFit is helping the region he grew up in.

He said CloudFit tries to hire senior staff as close as possible to the Lynchburg area, and hires junior and mid-level staff 100% locally.

“We have to be able to pour into them to teach them. And so that’s a great thing for this region,” Moon said. “We have natural incentive to teach people.”

Moon said CloudFit is willing to hire people with no industry experience at all if they have the right mindset.

Moon recounted one such instance when one of his cofounders, who lives out of state, began talking to a waiter at a restaurant in Waynesboro about the waiter’s passions and goals. For two years he kept up with the waiter, who now works for CloudFit as a technologist.

“It was just a happenstance meeting at a restaurant,” Moon said.

Though Moon traveled frequently because of his work, he was able to move back to Altavista several years after he first started with Microsoft in Charlotte. He currently lives in Lynchburg to stay closer to his children’s schools. Over the years, Moon remained involved in football, and has coached the Lynch Station Lizards and Timberlake Lions, and used to coach at Nike football camps in the summer.

“I just love trying to help kids,” he said.

Moon has a son in ninth grade and a daughter in eleventh grade. His daughter is an artist, and his son a football player, who also has an interest in biology. He said he doesn’t think either of them will follow him into the tech field, but he does have a nephew who works at CloudFit, who, just like his uncle, said he wanted to work at Microsoft at a young age.

“I wish someone had given me this advice,” Moon said. “Figure out what it is you would do for free, and then go figure out how to make money doing it.”