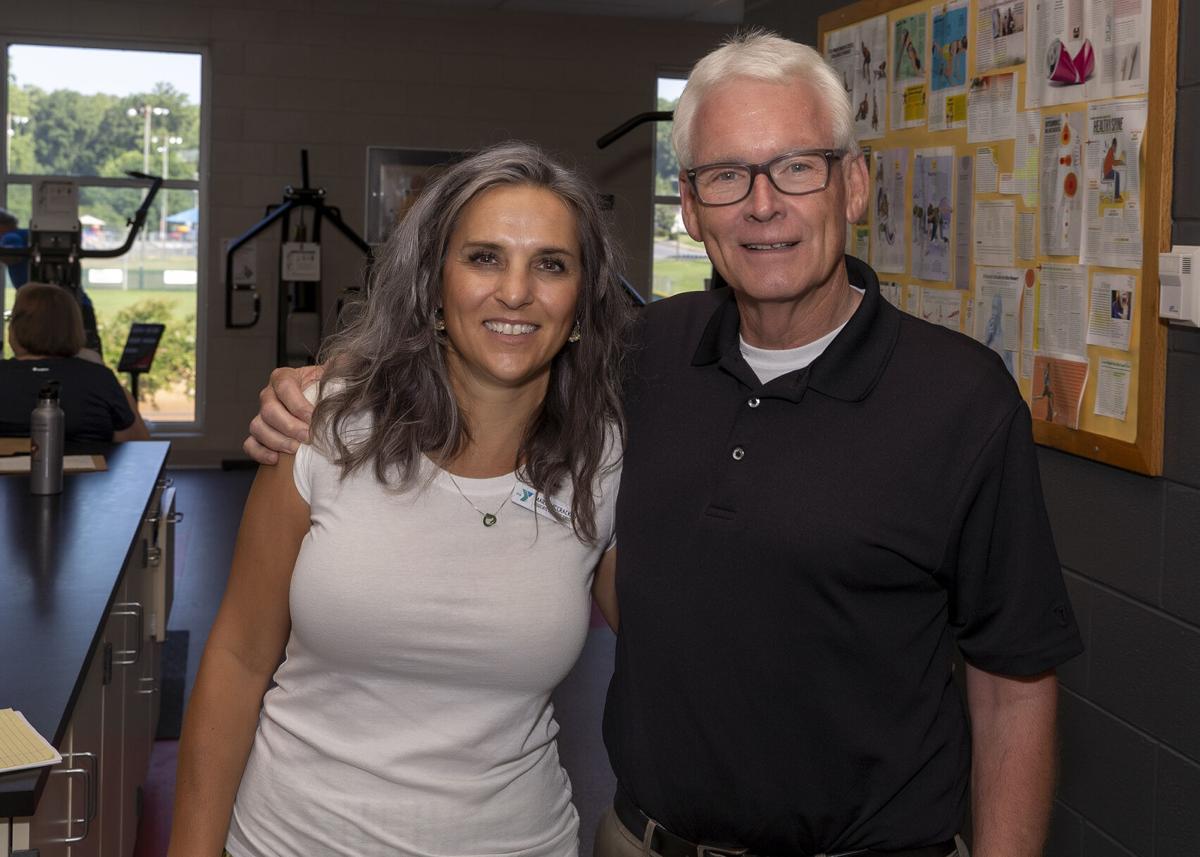 Jester (right) will be succeeded by new CEO Maria McCracken. 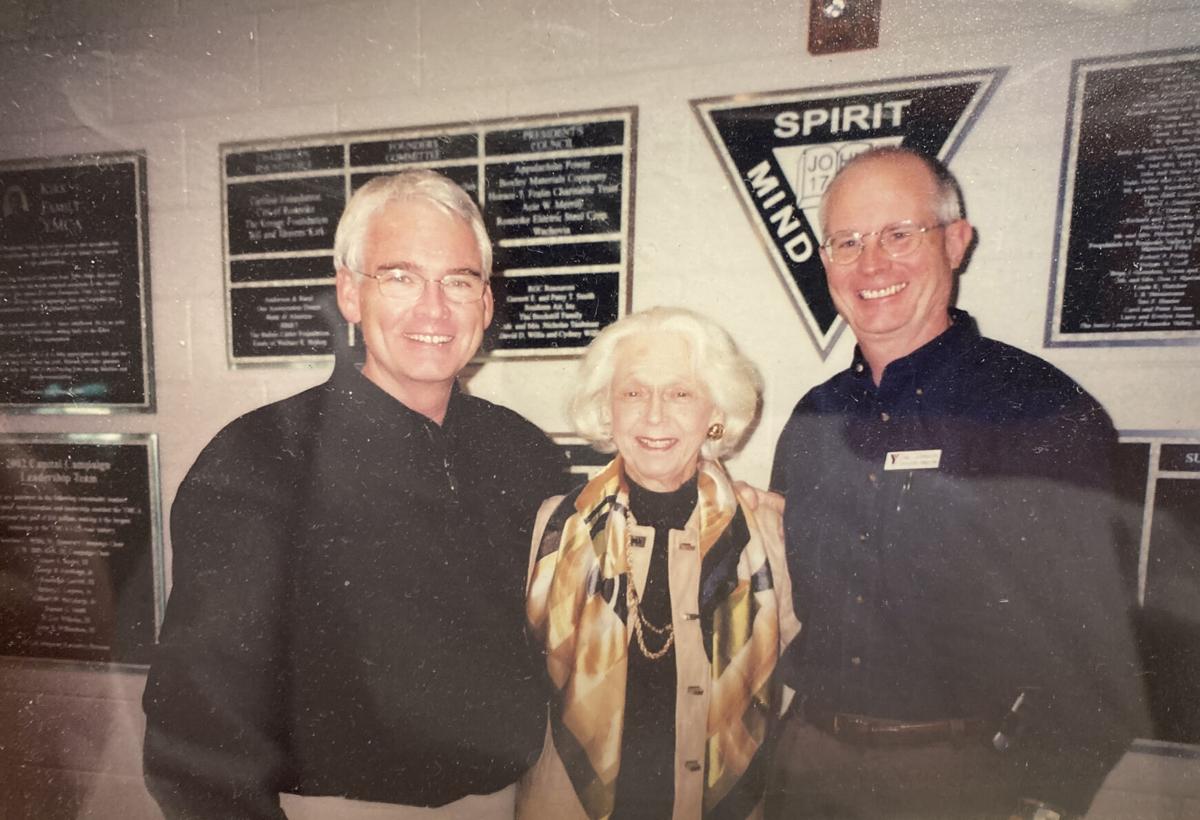 From left: Steve Jester, Minnie Lane and Cal Johnson, a fellow YMCA director who started at the Altavista YMCA. 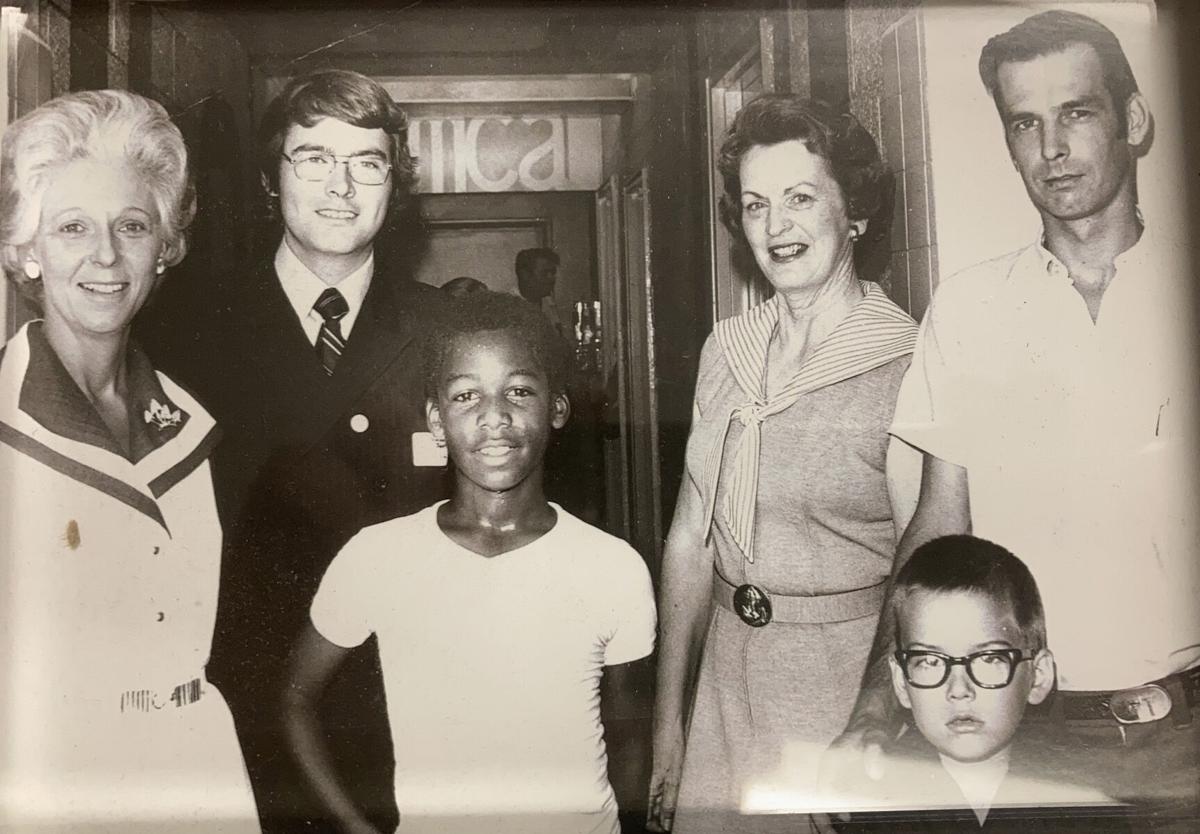 Minnie Lane (left) accompanies Steve Jester (second from left) and Christine Frazier (third from right) for a tour of the Y on Jester’s first day as director.

Jester (right) will be succeeded by new CEO Maria McCracken.

From left: Steve Jester, Minnie Lane and Cal Johnson, a fellow YMCA director who started at the Altavista YMCA.

Minnie Lane (left) accompanies Steve Jester (second from left) and Christine Frazier (third from right) for a tour of the Y on Jester’s first day as director.

Steve Jester has led the Altavista Area YMCA for half a century, guiding the creation of a large, buzzing hub for people of all backgrounds, in all stages of life, with all possible preferred modes of exercise. But the longtime CEO is taking on a new challenge this week: retirement.

Maria McCracken, a 30-year employee of the YMCA, is Jester’s successor. McCracken said Jester is leaving big shoes to fill, and that she felt honored when he told her she had his vote of confidence as the next CEO.

“I could not have asked for a better boss, mentor and friend. I’ve learned so much from Steve, and he has made the last 30 years at the Y enjoyable, fun, rewarding—it’s just been a privilege to work for him,” she said.

Sprightly and affable, Jester fits the role of sage YMCA director to a tee. He told the Altavista Journal last week that when he came to the Y as its first director, he wanted to build something special. He points to adding a childcare program, providing an integrated swimming pool for the community, and in the present day senior programs, as among positive changes the Y was able to make in the community.

“I think they moved the needle,” Jester said.

‘Moving the needle’ has been an ongoing process since 1971, when Jester came on as director and the Y received its charter.

“I wasn’t smart enough or savvy enough to know how tricky it could be at times,” Jester said. “I just put my head down, and off we went.”

The Y steadily added new amenities in its early years, including in indoor pool in 1973, three championship tennis courts in 1977 and a new fitness center in 1984.

Jester remembers having to share space with a library in the Y’s original building until the library was relocated.

He remembers when the Y organized the Uncle Billy’s Day 10k, which grew steadily into a race that drew hundreds. That was during the running craze of the 1970’s and 80’s.

In a move perceived by many as head-scratching at the time, childcare facilities were added to the Y in 1986. In 1987 the Y started preschool and school-aged childcare programs, which allowed the Y to lend a helping hand to working parents in the area. In 1988, the Y opened childcare programs in six Campbell County Schools.

“It looks pretty obvious now,” Jester said. “Of course we’re doing childcare, who else can do childcare?”

Look back through the Y’s history and the institution, perhaps reflecting Jester’s nature, seems constantly busy with something.

It has undergone major improvements to its facilities, like a $4 million project in 1994 to build a new athletic center and renovate the family center, a $500,000 facelift for the aquatic center in 2001, a $1.5 million athletic center addition and renovation project in 2004, completing renovations and expansions in 2006 that gave the Y a $6 million value and numerous other renovations, expansions and improvements to playgrounds, locker rooms and more.

There have been major fundraising milestones over the years, like when the Altavista Y’s capital project was named outstanding fundraising project in 1997 by the YMCA of the USA, or receiving a $1 million pledge to the Y’s endowment program in 2008.

Jester said he thinks part of the reason the Y has been able to complete so many large projects has to do with credibility the organization has gained after decades in the community.

“You have to be able to take the money and do what you say you’re going to do, and have them feel good about it. And then the next time you have a project, you’ve got more credibility,” Jester said.

The Y continued to redefine itself with developments like the creation of the Altavista Arts Council in 2001 and the addition of the Vista Flix outdoor movie system to Y programming in 2006.

There was also the time the Y disbursed the Lane Education Trust Fund for Minnie and Lattie Lane, who developed the fund, to various former Lane Company employees after the Lane Company shut down, allowing many to educate themselves for new careers.

Now, after devoting countless hours to the Y, it’s time for Jester to move into a new phase.

He said he doesn’t have many hobbies, and isn’t a particularly skilled golfer. At least for a while he will continue doing some part-time work at the Y as a contractor. Ultimately, he said he wants to see the Y do well under McCracken’s guidance.

“If it only does well because I’m here, that’s not a very good legacy,” Jester said.