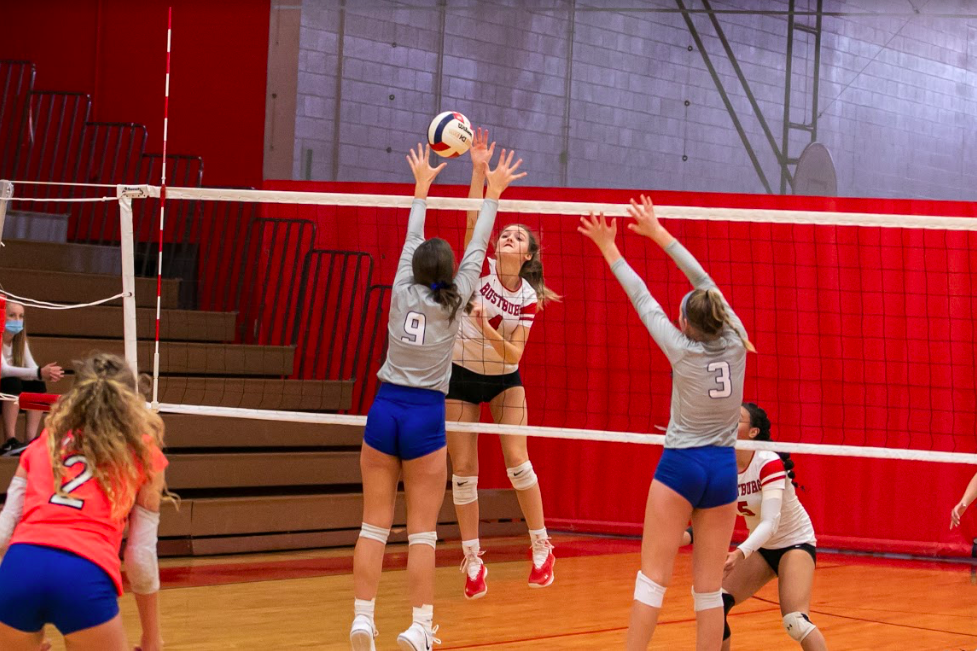 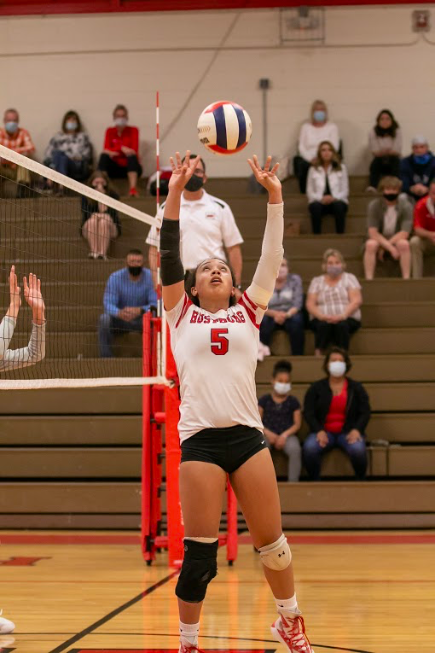 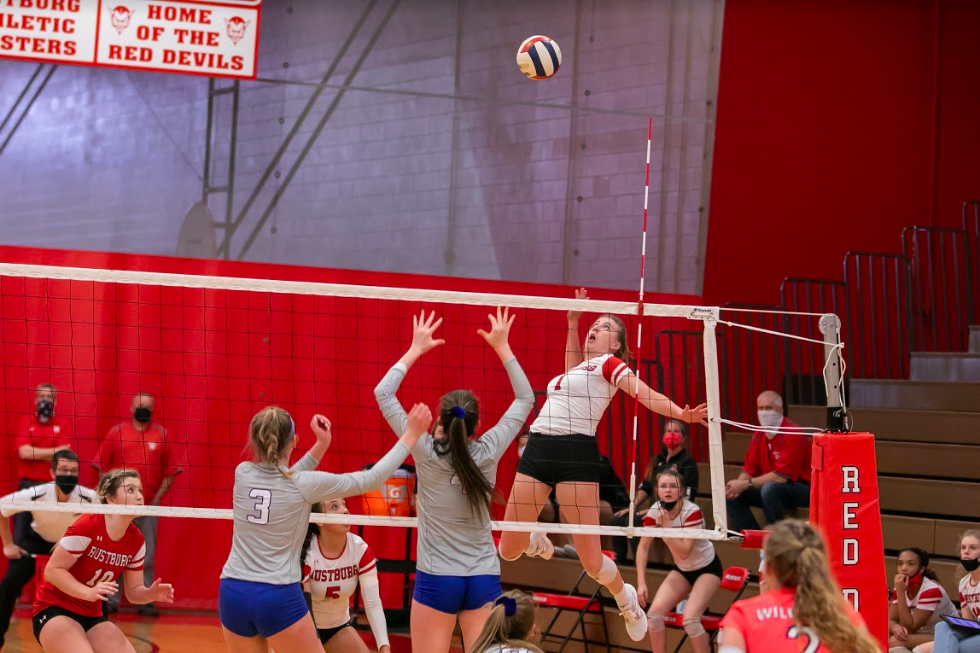 Kate Hardie takes to the skies from the outside. 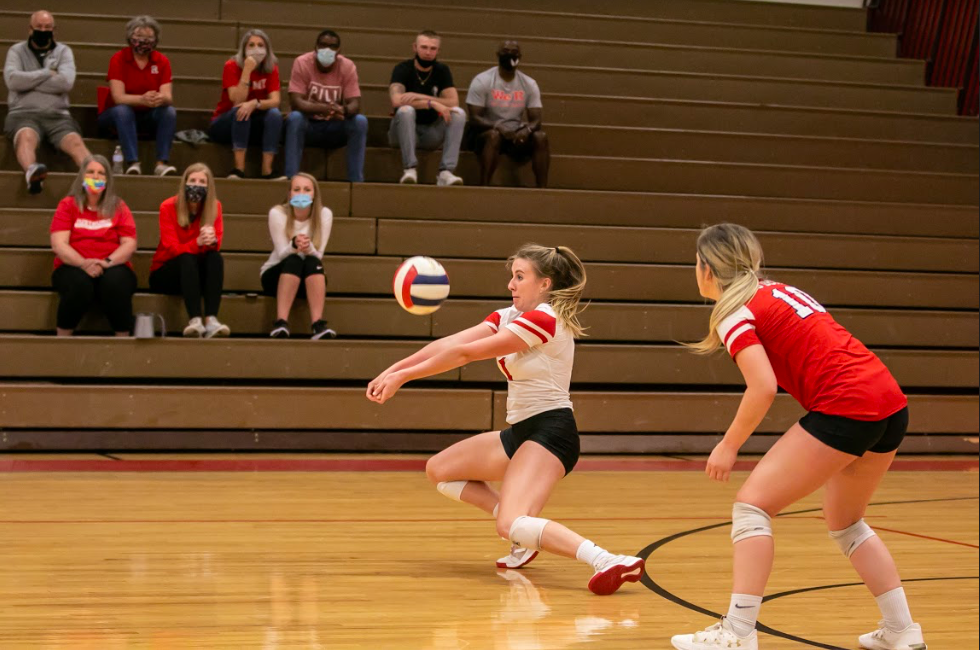 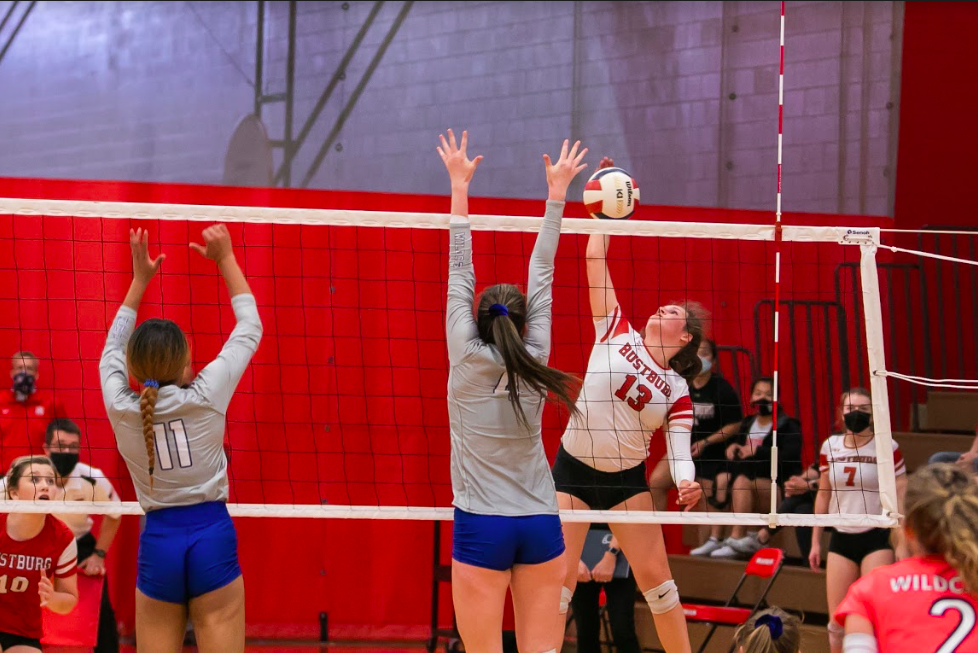 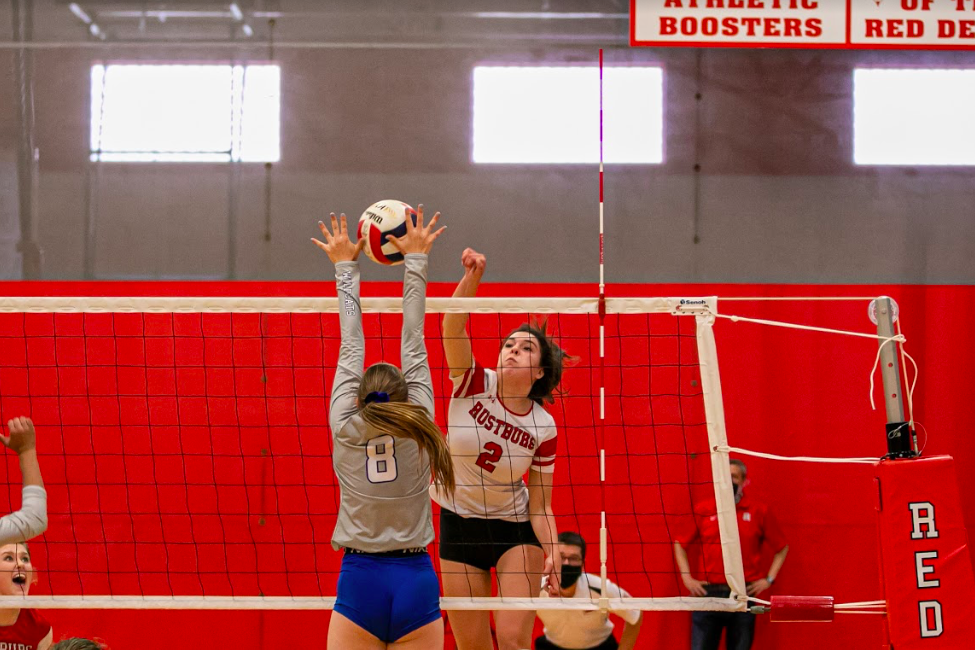 Anna Maddox attacks at the net. 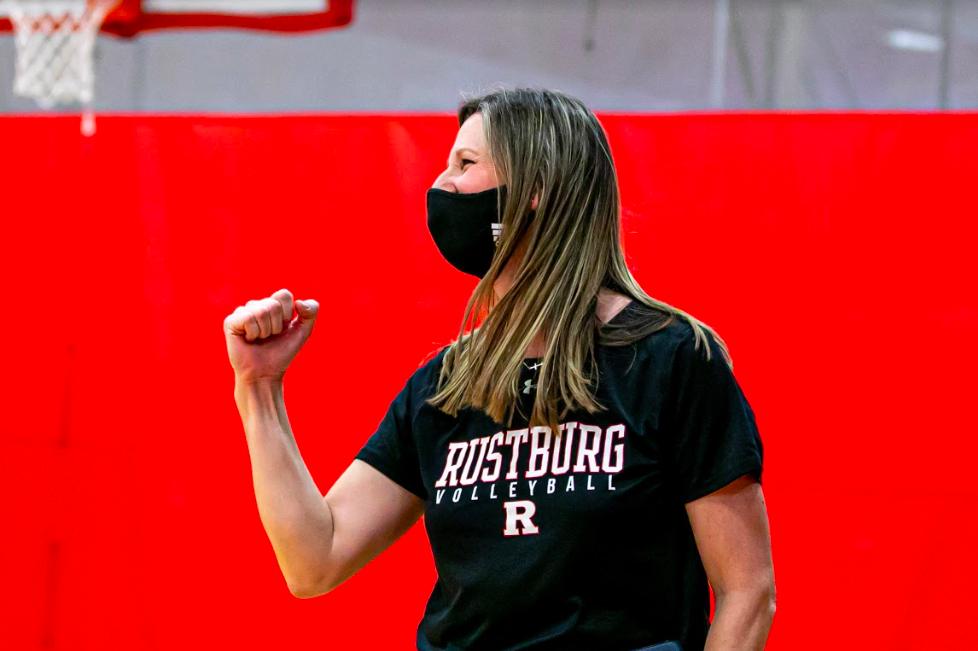 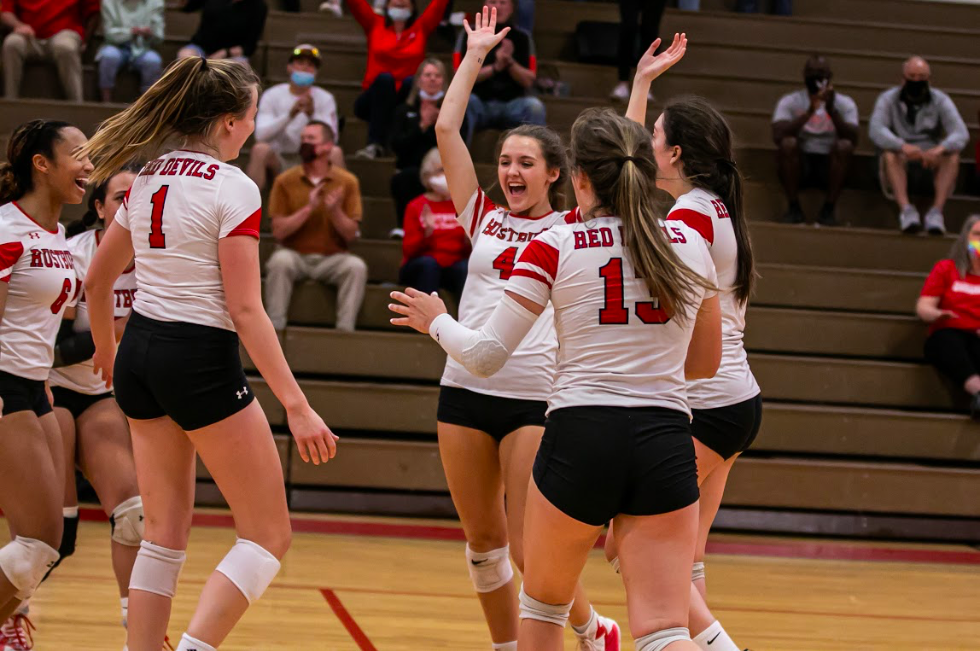 The Red Devils get excited after a point. 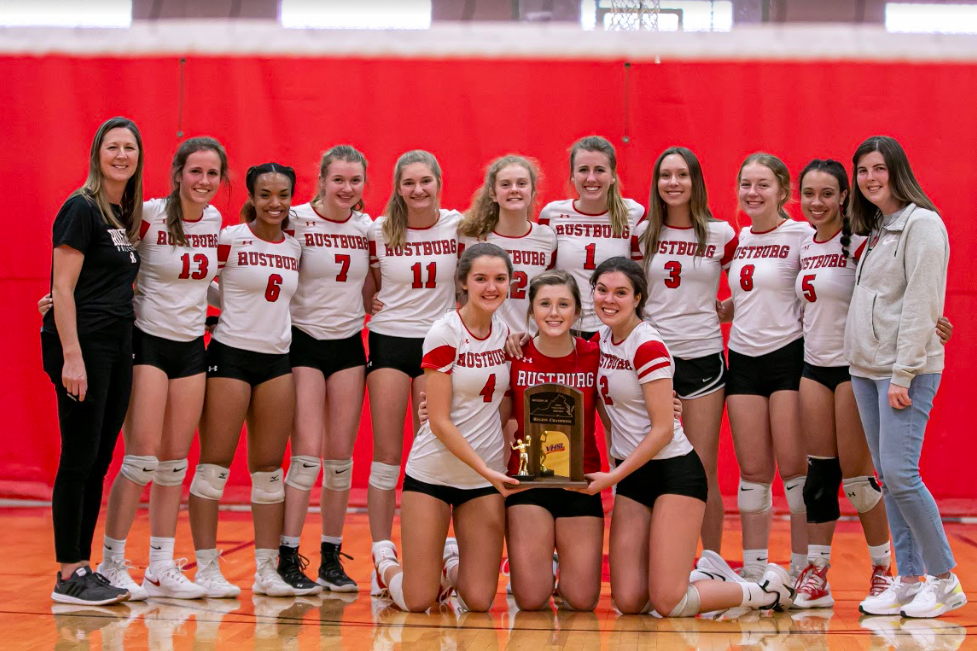 Kate Hardie takes to the skies from the outside.

Anna Maddox attacks at the net.

The Red Devils get excited after a point.

The Wildcats of Rockbridge traveled to Rustburg Saturday night for an undefeated showdown for the ages. Rustburg has only lost three sets all season. Rockbridge came in having only lost two.

Energy and intensity filled the air before the first ball was hit.  Rustburg got the upper hand in the first set.  After opening a good-sized lead, Rockbridge started to come back, finally taking a 1-point lead in the set. But Rustburg stormed back with the help on the corners from Eden Bigham (2 kills, 5 digs and 3 aces), and Anna Maddox (10 kills, 7 digs and 1 ace).   Rustburg won the first set 25-22.

The second set was a back-and-forth battle with Rustburg pulled away late in the set, 25-21. Meah Coles distributed the ball well, finishing with 32 assists, 1 ace and 5 digs.

Kate Hardie made a big difference on the end with 19 kills, 12 digs, 2 blocks and 2 aces.  The hard-hitting Junior now leads the team with 233 kills on the season.  Rockbridge had a hard time defending the Lady Red Devils with this much power.  Rustburg got out to a big lead in the third set. Rockbridge tried to close the gap but in the end it wasn’t quite enough. When the final whistle sounded, The Lady Red Devils of Rustburg (14-0) became the Region 3C Champions.

“We came out strong, kept the ball away from their best player, and kept pressure on them,” Coach Hardie said.

Hardie also said she is super proud of all the girls but wanted to give a special shout out to Tinsley Abbott for the great job she has done on defense this year.