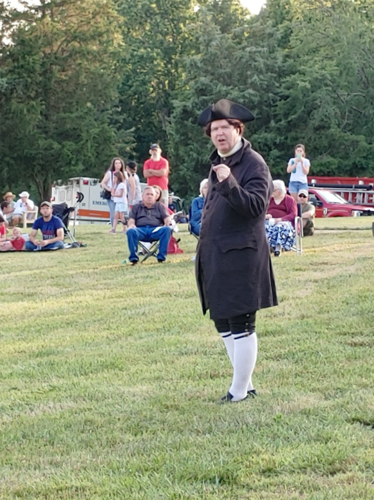 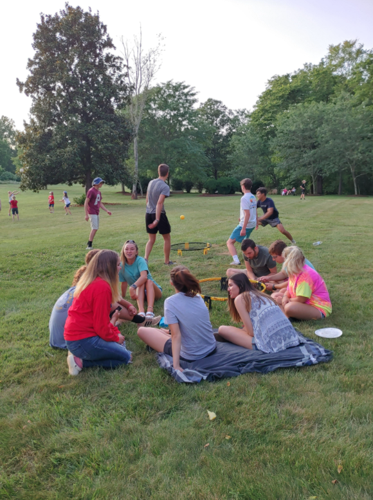 Kids, teens, and adults had fun playing games, talking, and relaxing on the spacious back lawn of Red Hill at the Independence Day Celebration, 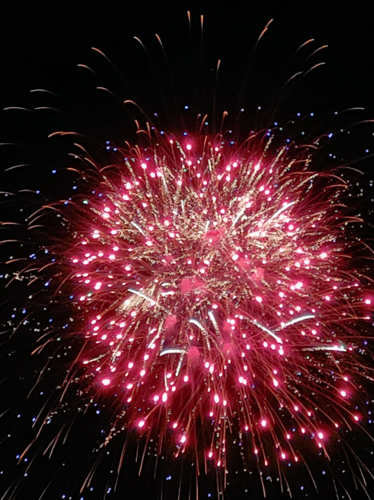 The day ended with a fireworks show.

Kids, teens, and adults had fun playing games, talking, and relaxing on the spacious back lawn of Red Hill at the Independence Day Celebration,

The day ended with a fireworks show.

For over 40 years, the Patrick Henry Memorial Foundation has hosted an annual Independence Day Celebration at Red Hill. Last year marked the first time the event was cancelled, but the festivities resumed this year, and the crowds returned, ready to celebrate the nation’s birthday. The event took place on Saturday, July 3, from 3 p.m. to 10 p.m.

Also back at the special event was Patrick Henry--Patrick Henry Jolly, that is--a fifth great grandson of the founding father, dressed in costume to look like his famous ancestor. Jolly delivered the full speech that Henry had originally given at the Second Virginia Convention at St. John’s Church in Richmond on March 23, 1775.

Jolly did not just read the speech (he has memorized it) or recite it; rather, he delivered it with the full energy and passion that befit that famous call to arms which ended with, “Give me liberty or give me death.” That sentence has often been called the spark that ignited the flame of the American Revolution.

In addition to the speech, Jolly also delivered some other remarks and quotes from his forbear’s writing which are as relevant today in the United States as they were during the birth and infancy of the nation. Afterwards he was available for pictures and autographs. Earlier in the day, he also gave tours of the Henrys’ home.

All of Red Hill’s buildings were open for the event. Staff and volunteers put on interpretations at the law office building, kitchen and house and offered hands-on demonstrations of blacksmithing, spinning, weaving, tobacco growing, and flax production.

New this year is the recently-opened Quarter Place Trail, which stretches for a half mile along a wooded path leading away from the visitor’s center. On June 5, the Foundation held a consecration and dedication ceremony, officially opening the trail.

Archaeologists and historians researching the cemetery have discovered that it includes the graves of 147 individuals, and they have been able to identify 40 of them.

Bonnie George, staff member and manager of the museum gift shop, explained the celebration. “We make it very family oriented. You can see kids playing colonial games and throwing a football,” she observed while pointing out the active kids. “They aren’t sitting around looking at a screen.”

“Last year was the only time in over 40 years that we missed this celebration. A lot of people have come for years.” Visitors from North Carolina, Pennsylvania, Delaware and other states, attended along with locals. George reported that often as many as 2,000 people attend, “but it is not crowded. There’s lots of room to spread out,” she observed.

Other highlights of the day included live music performed by Blanks and Wright, the playing of the National Anthem, and the grand finale fireworks at the end of the day. Congressman Bob Good also attended the celebration. Food vendors provided barbecue and funnel cakes, courtesy of the Charlotte County Lions, kettle corn and cotton candy, courtesy of the Clark Brothers, and ice cream.