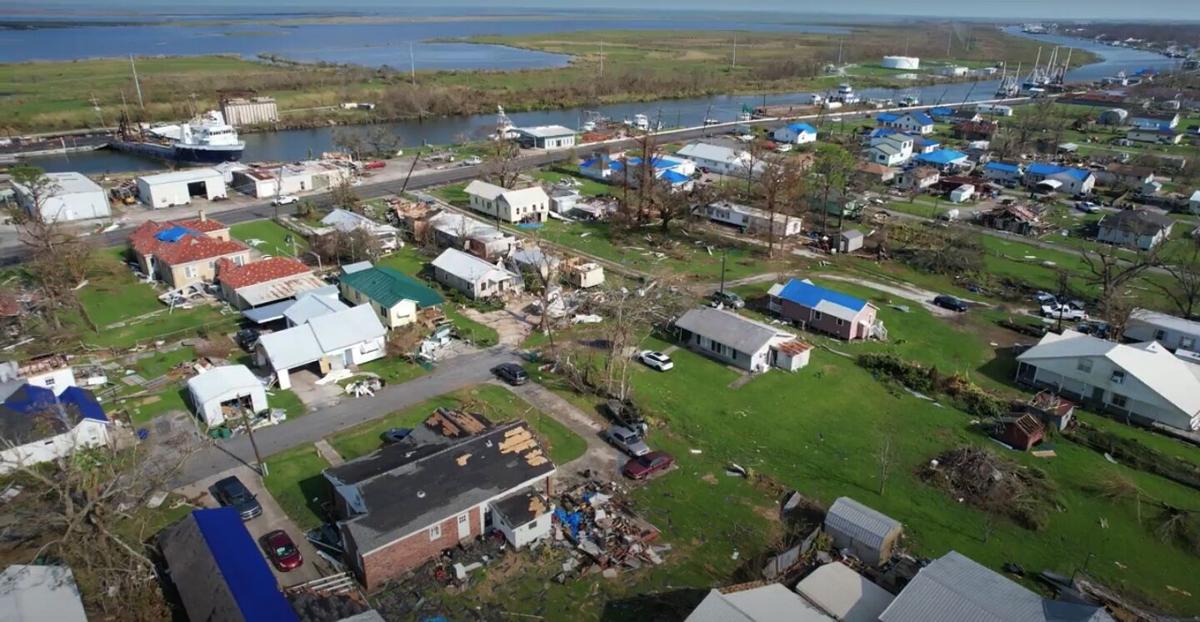 Some Foster Fuels personnel said damage left in Ida's wake is among the worst they've seen. 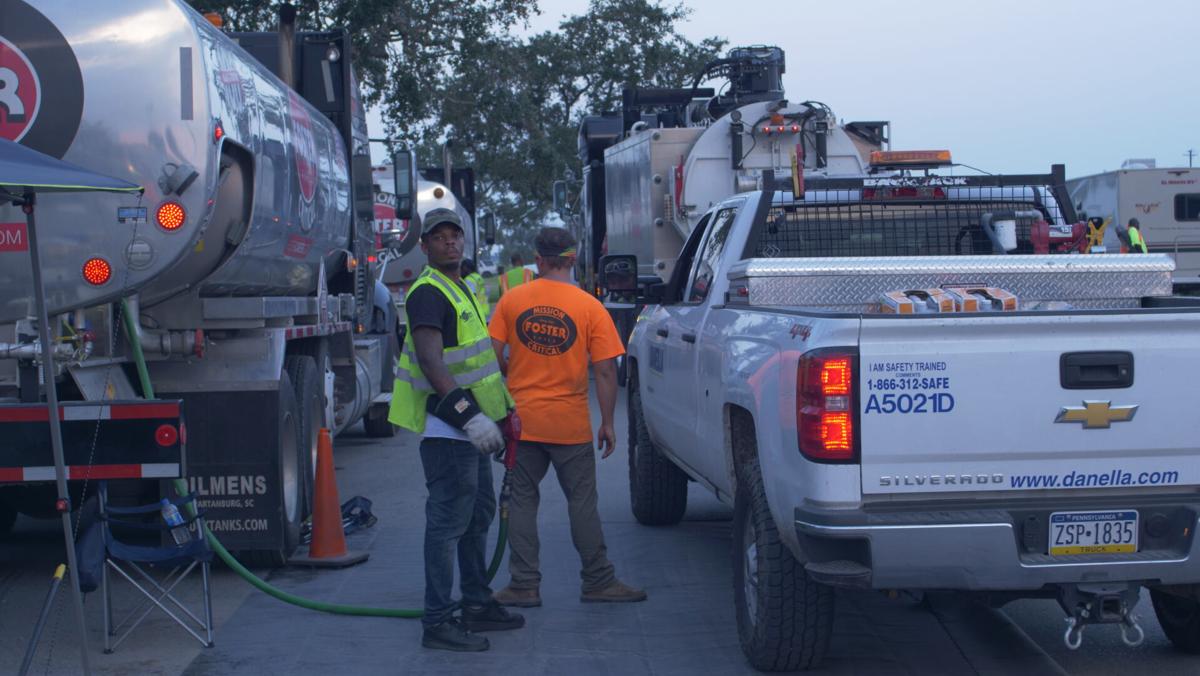 Foster Fuels personnel are traveling as far as Tuscaloosa, Alabama to deliver fuel to Southeast Louisiana.

Some Foster Fuels personnel said damage left in Ida's wake is among the worst they've seen.

Foster Fuels personnel are traveling as far as Tuscaloosa, Alabama to deliver fuel to Southeast Louisiana.

Foster Fuels has deployed hundreds of individuals and vehicles to provide aid to Southeast Louisiana in the aftermath of Hurricane Ida.

Hurricane Ida made landfall in Louisiana as a category 4 storm on August 29, according to the National Weather Service. Foster Fuels Vice President Chelsea Harrison said over one million people were without power in its immediate aftermath. While rendering aid to the area, Harrison said Foster Fuels employees have encountered extreme damage.

“They were describing it as some of the worst destruction that they had seen,” Harrison told The Union Star last week.

That assessment, in some cases, comes from individuals who also rendered aid on behalf of Foster Fuels in the aftermath of Hurricane Sandy in 2012, conducting the largest emergency fueling campaign in United States History, according to the company’s website. Because the response to Ida is currently underway, Harrison said it remains to be seen whether Foster Fuels’ Ida response will rival their response to Hurricane Sandy, but the company has already sent hundreds of thousands of gallons of fuel to Louisiana.

Harrison said the majority of Foster Fuels’ mission critical team, or the branch of the company responsible for delivering fuel to areas that have been affected by natural disasters, is currently on the ground in Louisiana.

“I’d be lying if I didn’t say it was difficult,” Harrison said about staging large-scale relief efforts.

Though much work remains to be done, the company’s efforts in Louisiana have already begun to pay off.

“We get new missions daily, and things are constantly changing,” Fredriksen said.

Foster Fuels’ varying obligations in Southeast Louisiana at the moment are to FEMA and the Department of Defense, providing federal aid through the company’s contract with them. Foster Fuels holds the largest emergency fuel contract with those entities in the nation. Foster Fuels is also currently rendering aid for the state of Louisiana, mostly by providing fuel to fire departments and electrical linemen.

On September 10, Fredriksen said Foster Fuels was operating in 12 locations in Southeast Louisiana including Baton Rouge, New Orleans, Galliano and some areas almost as far out as Grand Isle. Grand Isle is roughly a three-hour drive south of New Orleans under normal conditions.

According to a Foster Fuels statement issued last week, 95% of oil refineries and supply chains in the area of Southeast Louisiana severely affected by Hurricane Ida were forced to shut down prior to its landfall. Fuel is now available in some parts of the region—but not all. Some fuel access points, known as terminals, reopened last week.

“The local fuel companies are doing their best in order to receive fuel from these fuel terminals and distribute to gas stations and things like that for the general public. And so that is slowly coming back online,” Fredriksen said.

He said gas is largely available once more in New Orleans and Baton Rouge.

“But as you go southeast, there are many, many gas stations that are without fuel, and you’ll have lines down the street for maybe a quarter mile of people waiting to get gas,” Fredriksen said.

Fredriksen said Foster Fuels is not drawing fuel from the same terminals as companies that are supplying gas to local gas stations. Foster Fuels has been traveling as far as Tuscaloosa, Alabama to bring fuel to Southeast Louisiana, and has also been bringing fuel into the area from a barge.

According to an estimate provided by Foster Fuels on September 8, reports from Louisiana indicated it could take a month to restore power to some areas of the state. Fredriksen said he has heard from some that in areas like Grand Isle, which reportedly has four to six feet of sand on many of its roads, restoring power could take even longer.

“There are homes down in Galliano, and even north of Galliano that are just piles of material at this point, power poles that are completely broken in half or are laid over,” Fredriksen said. “It’s very significant damage. And talking to some people here that have lived here for years, they’ve said that in certain areas of the state, it’s far worse than Katrina was. Although in other areas, it’s not. So the comparison is not exactly even, but it depends on your perspective.”

Fredriksen talked to one Galliano man who requires a wheelchair for a disability and who had lived through 82 storms “big and small” in South Louisiana.

Neighbors had been refueling his generator, bringing him food and checking on him to make sure he was alright. Fredriksen said the man told him he was essentially surviving because of his community.

“He said that is a commonality that you’ll see in many, many communities that are affected by this, that everyone’s coming together and helping each other in any way they can,” Fredriksen said.

Last week, Fredriksen said he did not expect Foster Fuels to leave the area in large numbers for at least another week or two. He said Foster Fuels emphasizes safety for its employees by making sure drivers are rested, following widely-known COVID-19 mitigation strategies and even bringing private healthcare providers to Foster Fuels sites to provide care for employees.

“They are working very, very hard,” Fredriksen said about the mission critical team.

Harrison gave kudos to the mission critical team for its efforts.

“It’s very much a team atmosphere when these things happen, because we want to help those in need,” she said.

“Our team really comes through during these situations, it’s kind of what we thrive on,” she said.

As recovery efforts continue, Louisiana is bracing for yet another storm after a state of emergency was declared Sunday evening. Governor John Bel Edwards issued the declaration to prepare for Tropical Storm Nicholas, which is expected to bring heavy rains and flash flooding to Louisiana “in coming days.”

“The most severe threat to Louisiana is in the Southwest portion of the state, where recovery from Hurricane Laura and the May flooding is ongoing,” Edwards said via the statement. “In this area heavy rain and flash flooding are possible. However, it is also likely that all of South Louisiana will see heavy rain this week, including areas recently affected by Hurricane Ida. This tropical storm has the potential to disrupt some power restoration and recovery work currently underway. I encourage anyone who has had recent damage from Ida, Laura or other disasters to take necessary measures to protect their home or business from additional harm. All Louisianans should to pay close attention to this tropical system in the coming days.”