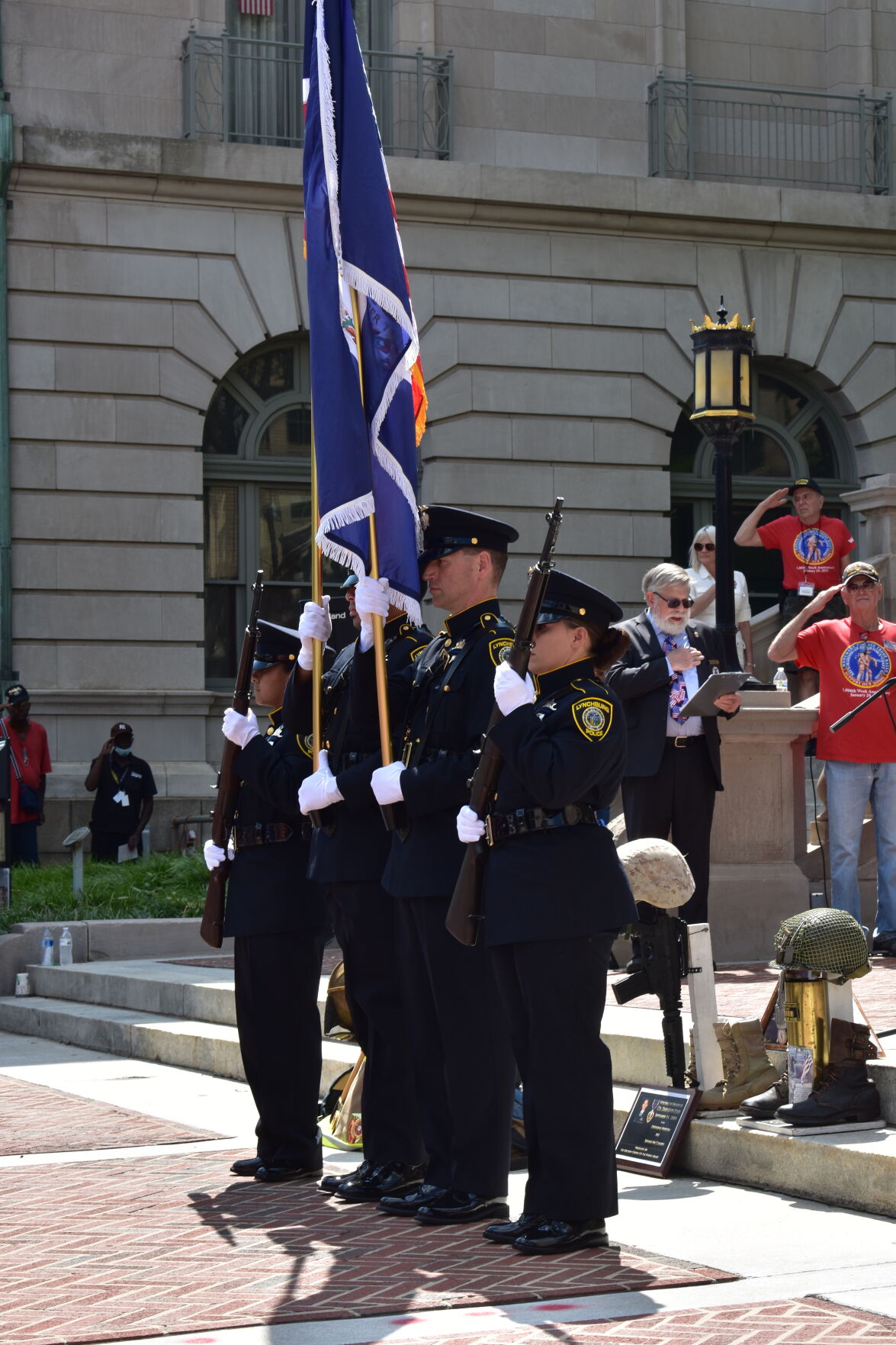 The Lynchburg Police Department honor guard retrieves the colors at the end of the ceremony. 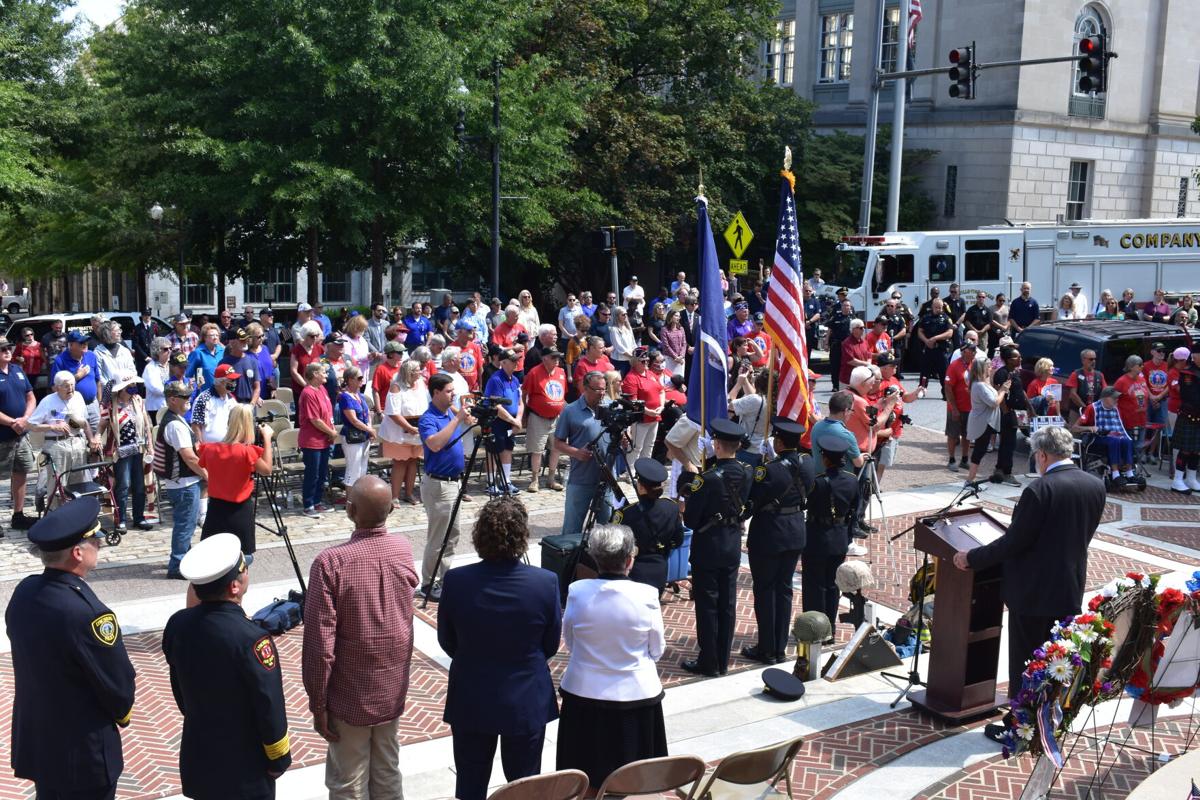 The ceremony drew large swaths of people to Monument Terrace.

The Lynchburg Police Department honor guard retrieves the colors at the end of the ceremony.

The ceremony drew large swaths of people to Monument Terrace.

Last Friday the Lynchburg Police Department (LPD), Fire Department, Monument Terrace Troop Rally and representatives from the city hosted a ceremony to remember September 11, 2001, and honor those who served and paid the ultimate price on that day.

Various speakers addressed the large crowd gathered in front of Monument Terrace before the colors were retrieved by the LPD honor guard, “Taps” was played, a bell was tolled in a manner known as “striking the four fives,” which has special significance for firefighters, and the Lynchburg Fire Department Bagpipers performed “Amazing Grace.”

Mark Jamison, LPD deputy chief, spoke about the efforts of the Coast Guard on 9/11 to evacuate civilians who had gathered on a sea wall at the edge of the city. He said 500,000 were evacuated in the space of nine hours.

“That in and of itself, is a miracle,” Jamison said.

Jamison also paused for a moment of silence to honor the father of Brian Smith, a current LPD member who was a New York City firefighter during 9/11. Both Smith and his father, also a firefighter, responded to the incident, but his father passed away while in the line of duty.

Before the event came to an end, Brian Moore, a veteran who now lives in Lynchburg who served multiple tours in Iraq and Afghanistan, also spoke.

Moore was a history teacher when the September 11 attacks occurred. Years later, he would serve overseas with a student who had been in one of his classes.

When asked about his thoughts on the ceremony shortly after its conclusion, Ken Edwards, deputy chief with LPD, said he was glad to see so many remember the events of September 11, 2001.

“It’s just good to see the community come together like they did today,” Edwards said.