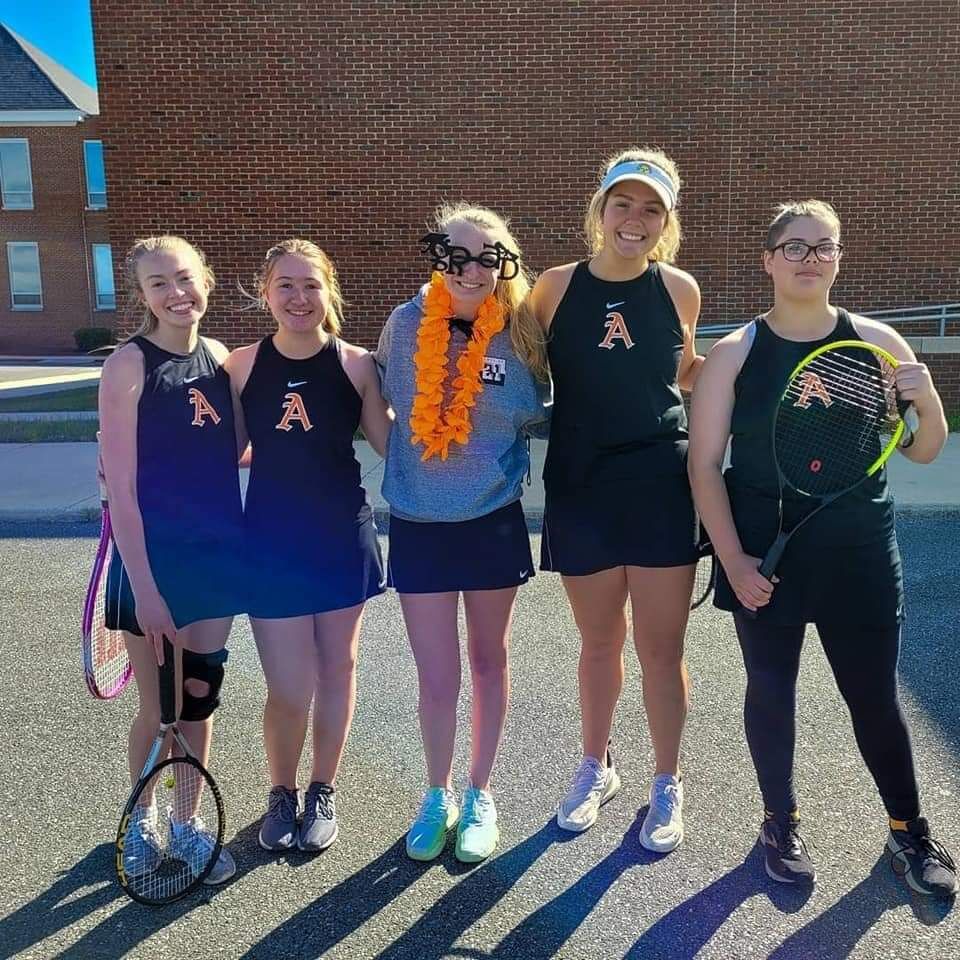 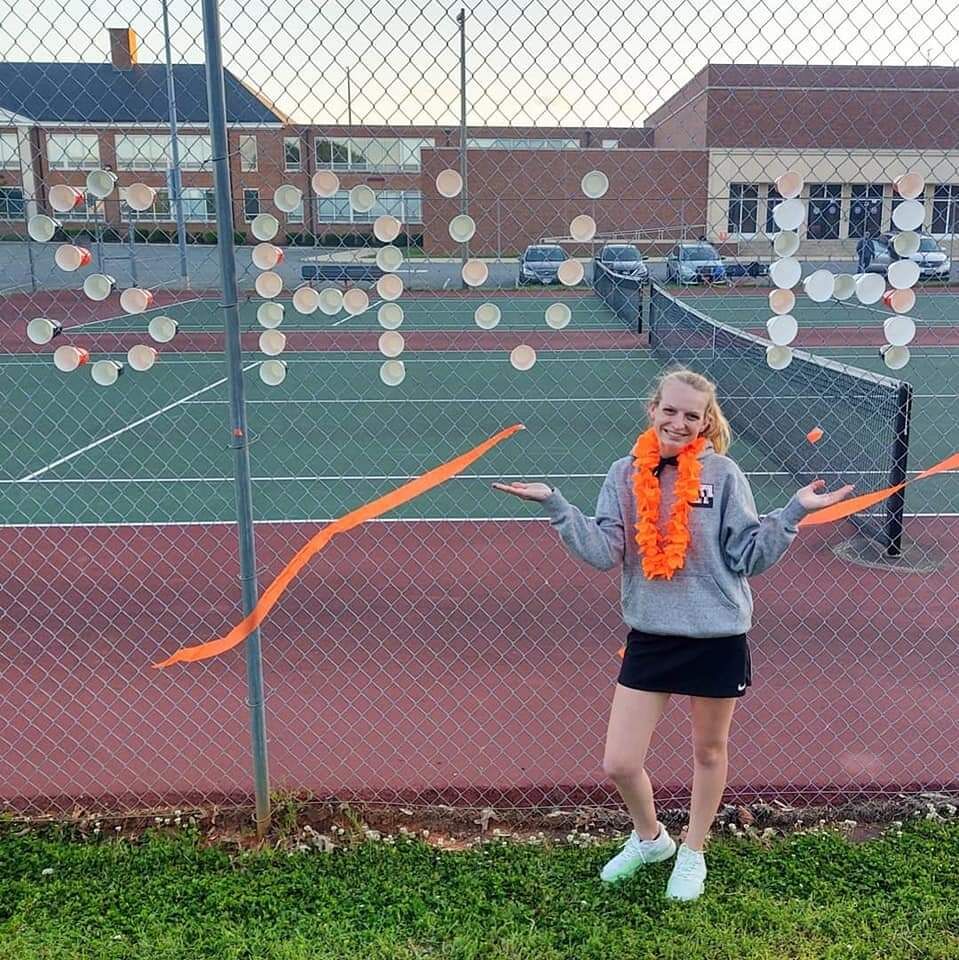 Hundley celebrates her senior night on May 7.

Hundley celebrates her senior night on May 7.

Given the short season and a roster that, on paper, was too small to play, Altavista Combined School’s (ACS) tennis team was able to overcome some major obstacles this year.

Coach Andrea Hundley said the team was only able to play in 8 matches, whereas they typically play 12. Because six players are needed  to fill up a roster and the Colonels only had a total of five, they were forced to forfeit one singles and doubles match at every match they played. Though their efforts may not have been reflected in the team’s record, the Colonels still tallied their share of individual victories in both singles and doubles matches.

Hundley said the whole team was able to improve their serving, net play and communication.

“They made major improvements this year during the season,” she said. “I’ve watched them from when the girls started playing to now.”

The Colonels played Appomattox on their senior night on May 7. They were able to celebrate the team’s one and only senior, Savanna Hundley, who has played tennis at ACS for four years and is also Coach Hundley’s daughter.

“I have enjoyed being able to spend extra time with her,” Hundley said. “It was really nice to be involved, and be with her at every match and be able to be with her for all the practices and everything.”

Hundley said she will be an assistant coach next season and Lily Hungarland, who was her assistant this season, will take over as head coach next year.

“She has played tennis quite a bit, and helped me out,” Hundley said.

Hundley said she thinks the strong bonds between players on the team could be a draw for students to join next year.

“Tennis is a lot harder than it looks, but it’s also a great group of girls,” she said. “They have a good time. They work really hard, but they also enjoy what they’re doing.”