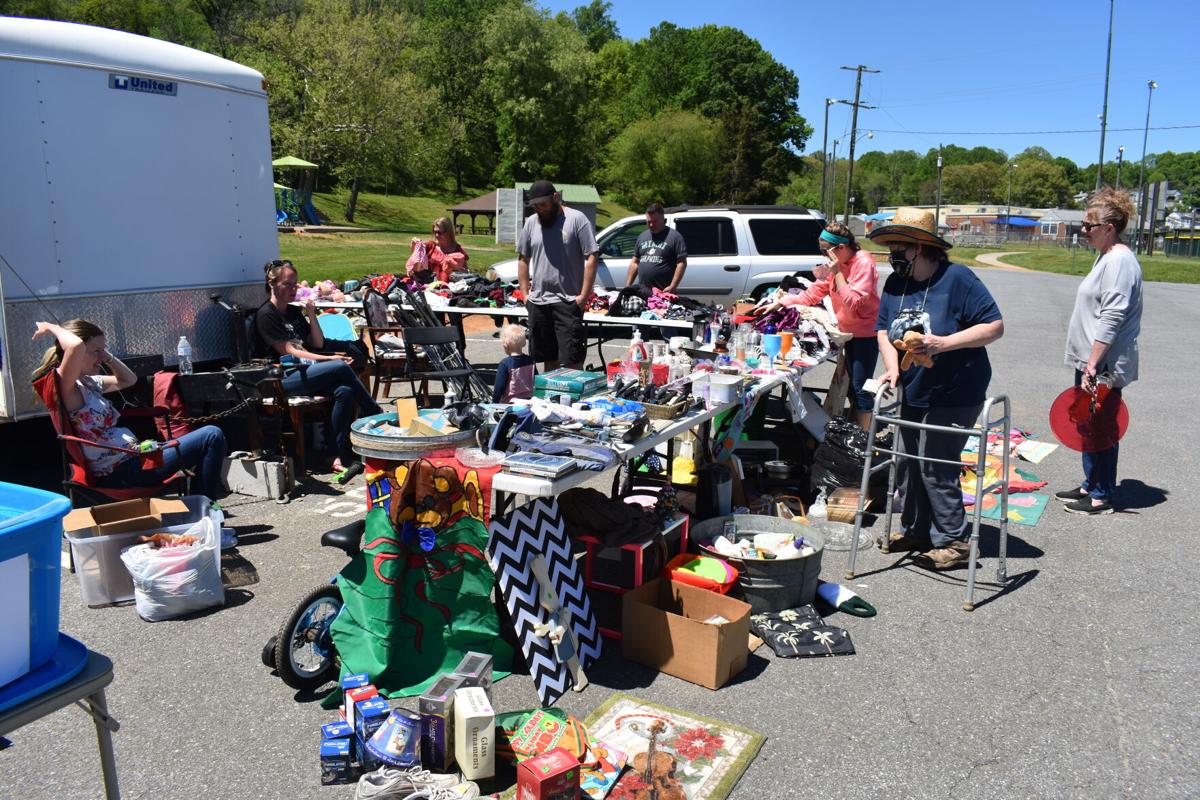 Beth and Amy Bowles of Climax, Virginia set up in the trade lot this weekend. 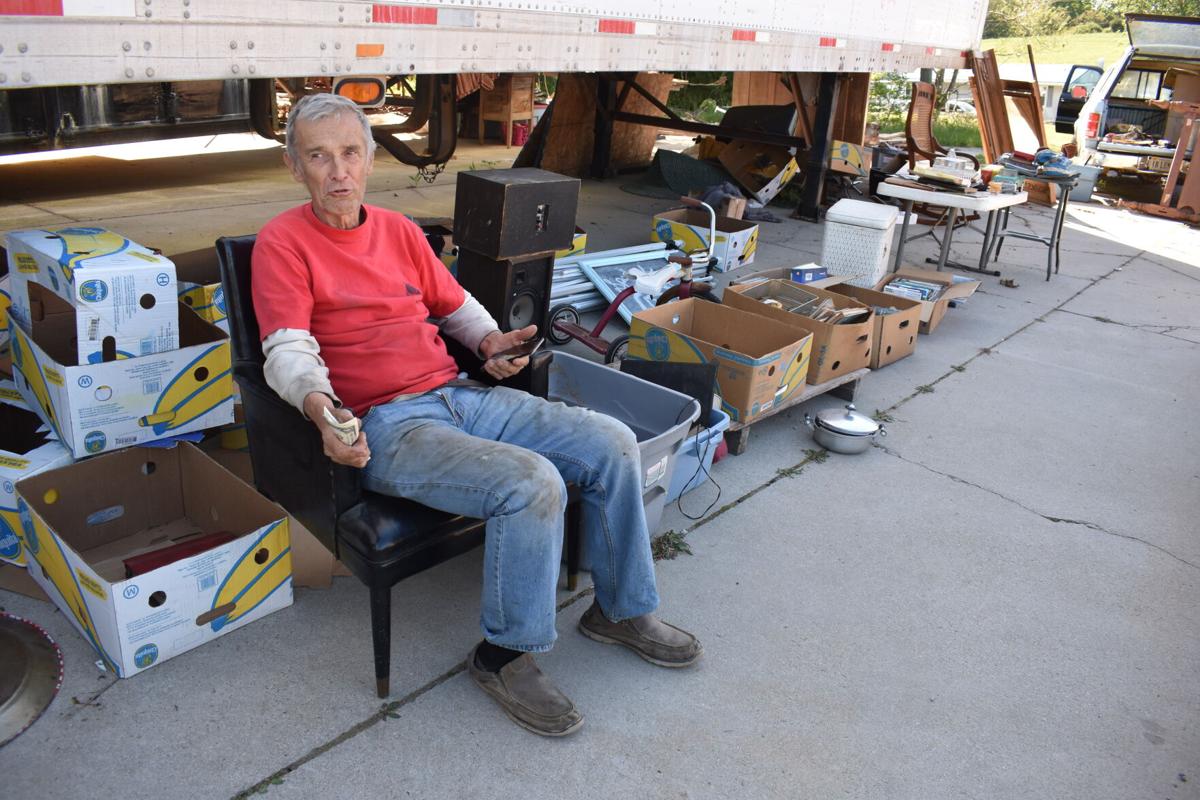 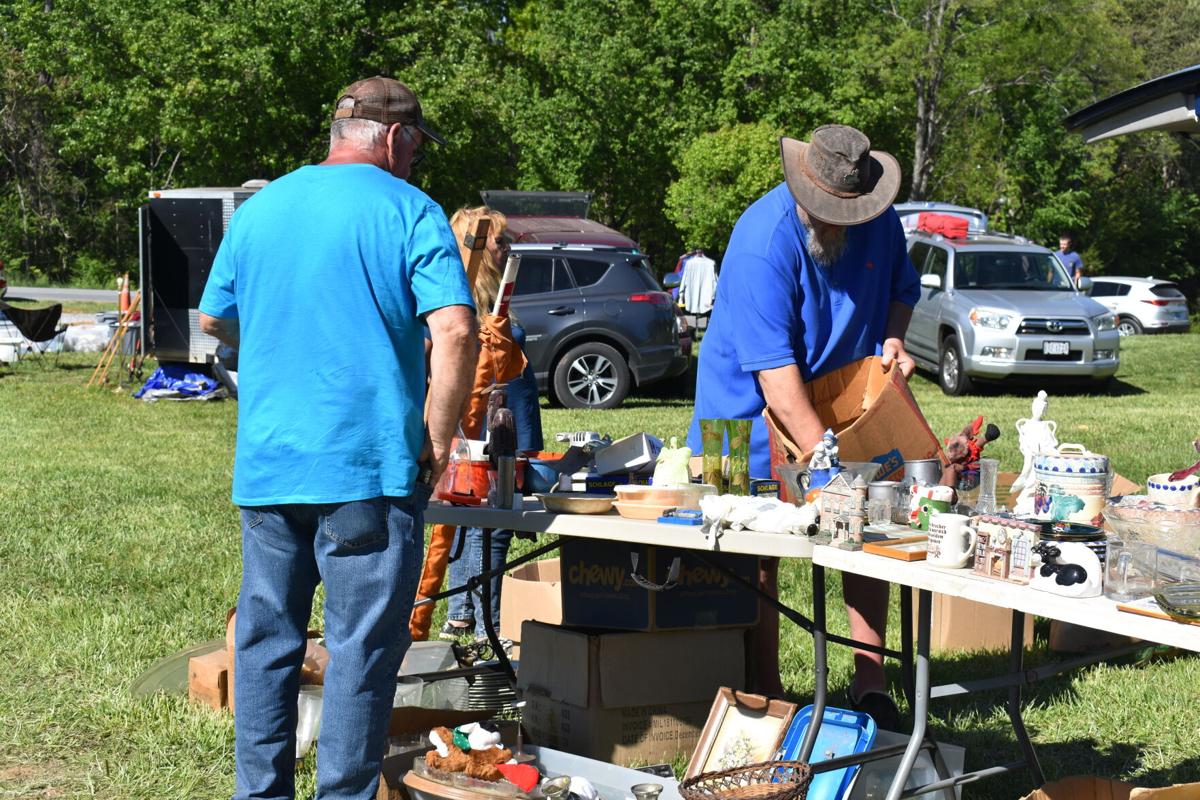 Phil Mazzie helps a customer at his booth. 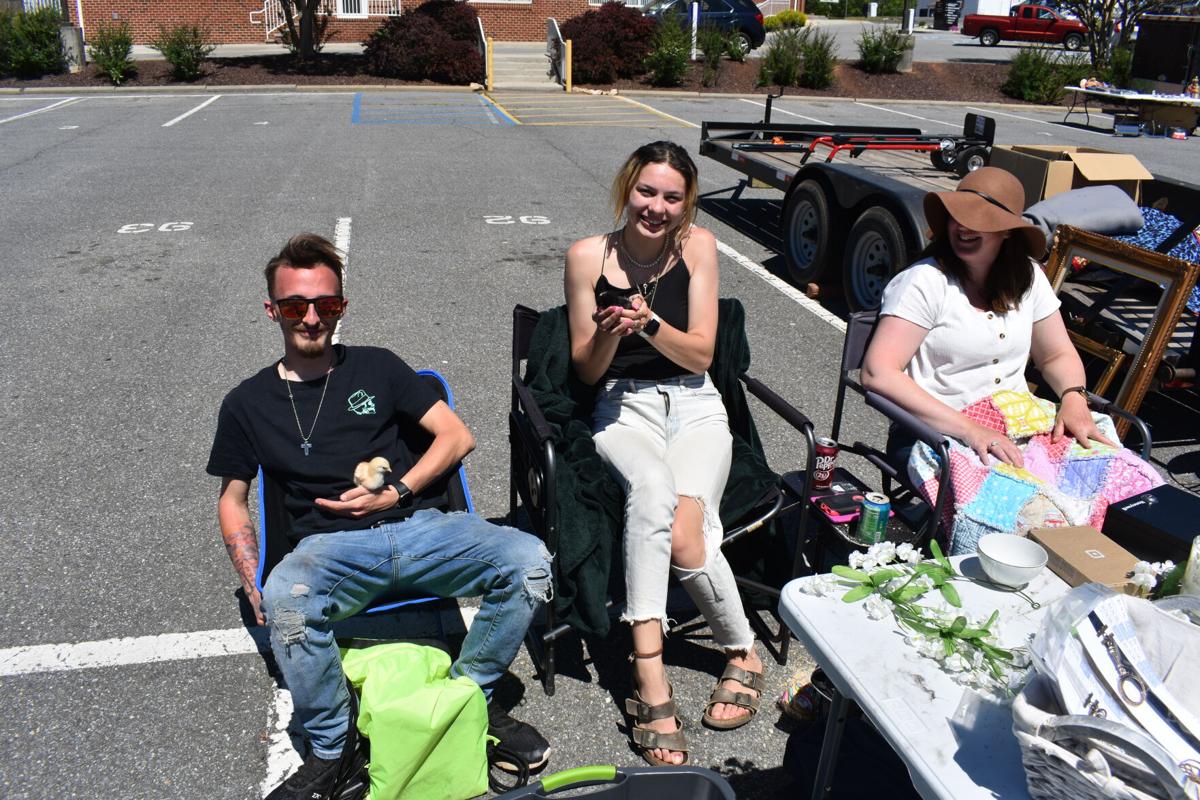 From left: R.J. Straighter, Faith Green and Mary Sivley sit at the Cottage Girls booth with chicks they purchased from another vendor.

Beth and Amy Bowles of Climax, Virginia set up in the trade lot this weekend.

Phil Mazzie helps a customer at his booth.

From left: R.J. Straighter, Faith Green and Mary Sivley sit at the Cottage Girls booth with chicks they purchased from another vendor.

The county was abuzz this weekend with bargain hunters and backyard entrepreneurs taking part in the 100-mile yard sale.

The Altavista Trade Lot was no exception, as vendors from all over South-Central Virginia set up shop in the lot. Though most were selling items second-hand in classic yard sale fashion, some crafters came too. The Cottage Girls, a small business that designs and builds homewares and are based in Danville, are a prime example.

Mary Sivley and her daughter, Faith Green, are the entrepreneurs behind the business. They were accompanied by R.J. Straighter, who Mary and Faith introduced as the Cottage Girls mascot and muscles behind the operation.

“This is actually only the second event that we’ve done,” Sivley said from her booth in the trade lot this weekend.

Sivley said she has been making crafts, building decorations and repurposing furniture for years. It started as a hobby that allowed Sivley to save money, but soon turned into something more.

“I just fell in love with doing it.,” Sivley said. “We had people asking to buy some of the pieces. So we decided to go for it.”

Sivley said the 100-mile yard sale is just the second event Cottage Girls has sold at. She said her decorative, stand-up signs, which are made out of wood and often feature phrases from the Harry Potter series and other well-known books, usually attract a lot of interest.

“We always get people taking pictures with the signs,” she said.

Some vendors sold T-shirts, and others brought old farm equipment or homemade preserves. One even had a car door, detached hood and headlights for sale.

Randomness is more the rule than the exception during the 100-mile yard sale, which is perhaps an asset to the event. Todd Scully, who works for Cause Worthy Clothes and organized a road-side sale on his employer’s lawn just outside of Altavista, said everybody is looking for something different during a yard sale.

“Everybody leaves happy, everybody leaves with something,” Scully said. “That’s the purpose of it, not only for the dealers but for the individuals, that they get something. Whether they got a deal or not, that’s up to them.”

Scully estimated the 15 vendors paying for a spot at Cause Worthy Clothes drew about 600 cars per day.

One such vendor, Phil Mazzie, said he typically makes his living at yard sales and flea markets.

“It’s a great time to meet people and make a buck or two,” Mazzie said about the sale.

Mazzie said he loves what he does, and enjoys talking to customers—but was unable to do so for the last two years, at first because of an injury and then because of the pandemic. Evidently Mazzie was pleased to be back, offering the following advertisement to anyone within earshot of his booth:

“Don’t be afraid to ask for prices because I want it all to go bye-bye.”

Scully seemed happy with this year’s sale too.

“This has been the best one since they started this thing,” he said.