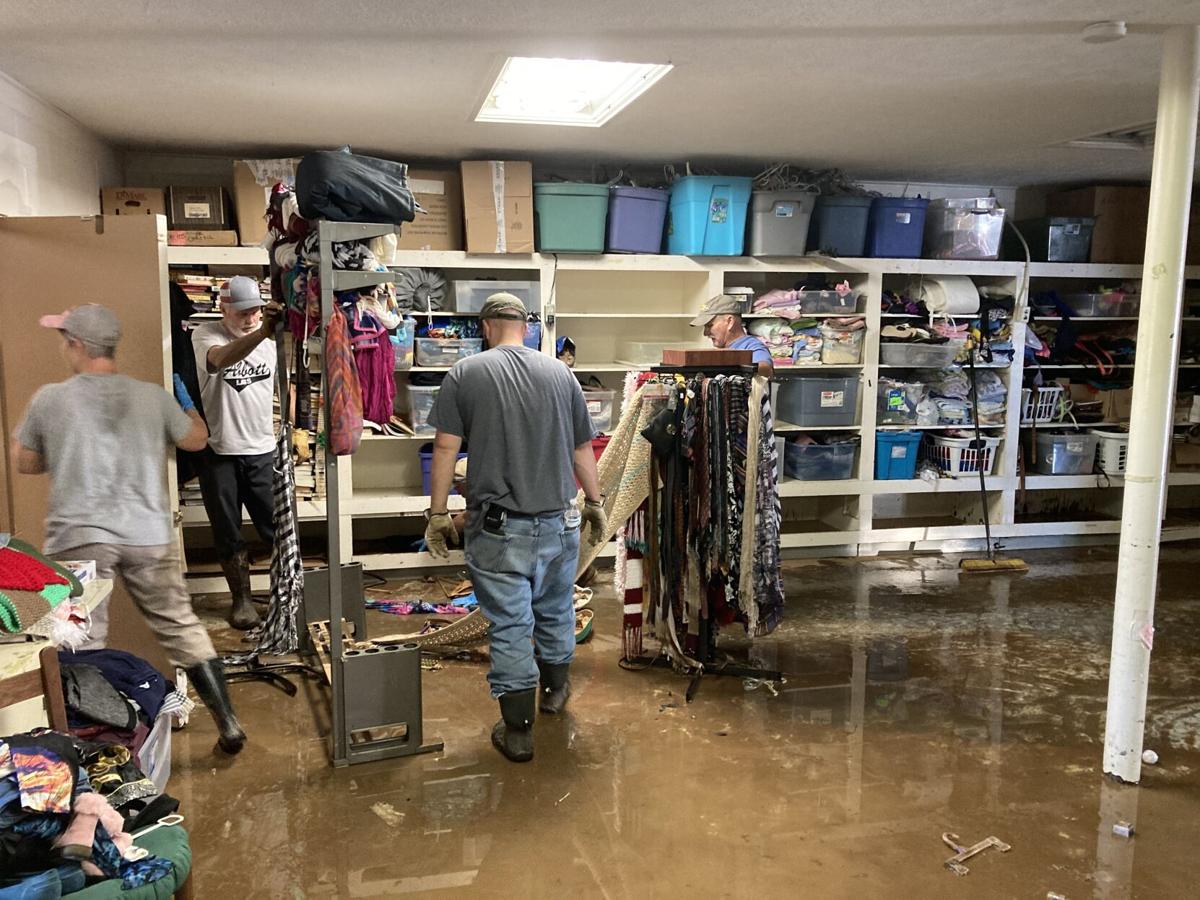 Members of the Altavista Fire Company and Hurt Fire Department had to dispose of much of the inventory in Thrifty Firemen. The store provides income for both groups. 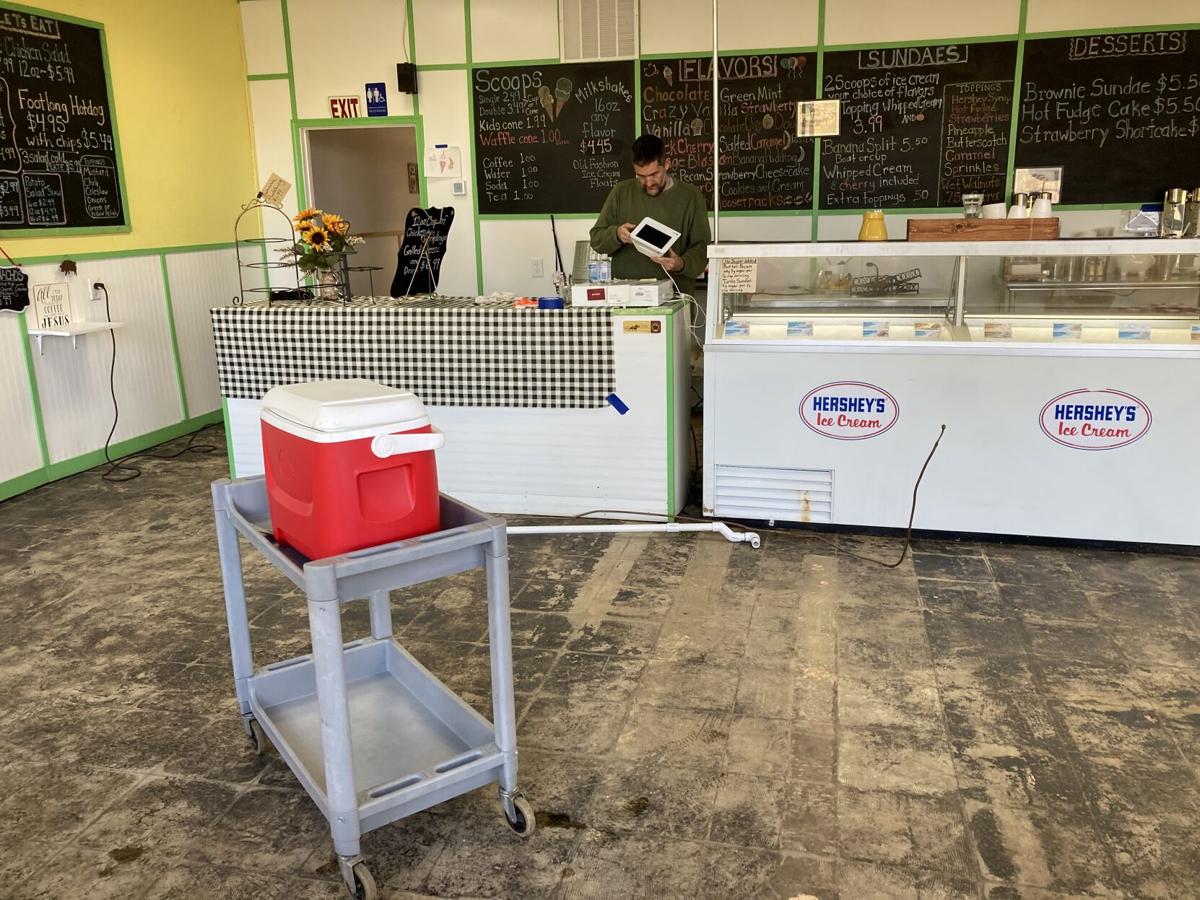 Kelly said he plans to reopen Scoops on Tuesday, November 17.

Members of the Altavista Fire Company and Hurt Fire Department had to dispose of much of the inventory in Thrifty Firemen. The store provides income for both groups.

Kelly said he plans to reopen Scoops on Tuesday, November 17.

Heavy rains and high water levels affected much of Campbell County this week. As clouds dispersed and water levels dropped, several Altavista business owners were left to deal with the fallout of major flooding that took place the night of November 11.

The most significant flooding in town occurred around the intersection at Pittsylvania Avenue and Main Street. Thrifty Firemen, one of the businesses that was flooded, had to rent several dumpsters to dispose of ruined merchandise.

After the nearly two feet of water that filled the store and its storage areas washed away, Colbert said a roughly quarter-inch-thick layer of mud was left in much of the building.

Members of the Hurt Fire Department and Altavista Fire Company began cleaning for hours on end after the floodwaters receded.

Jason Colbert, Eric Colbert’s brother and a Deputy Chief for the Hurt Fire Department, said he hopes Thrifty Firemen will be able to reopen soon to ensure the store doesn’t miss this year’s holiday season, which is often its busiest time.

Colbert said the store could use monetary donations, or donations of merchandise such as clothing, toys, furniture or other items.

The Altavista Area YMCA also saw some flooding in its childcare center.

YMCA CEO Steve Jester said the Y was forced to close on November 12 due to flooding. He said employees were frantically cleaning through the night before realizing they wouldn’t be able to safely open.

“Our program opens at six in the morning,” Jester said. “So we had to try to make a decision as soon as possible.”

Jester said it was important for many working parents, especially since many children are not in school everyday because of the pandemic, that the YMCA reopen quickly.

The Y was able to reopen on November 13 after using Servpro vacuums to remove water from the childcare center.

Scoops was also affected in the recent floods. Owner Jerry Kelly said he was forced to remove the flooring from his store after water receded from his building.

Still, Kelly said none of his freezers appear to have been damaged, and that he plans to reopen on Tuesday, November 17.

“We'll ask folks to excuse our mess because we won't have the floor back,” Kelly said.

Kelly said many customers reached out to him via Facebook when they heard Scoops had been flooded to ask if they could do anything to help. He said 15 to 20 people came to help clean up, some of whom were complete strangers.

“We definitely want to say thank you to the people that came and helped,” Kelly said.

Kelly said much of the clean up is finished, but that he is appreciative of all the support his business has received from the community.

“The best thing they can do now is when we get back open, come see us,” Kelly said.