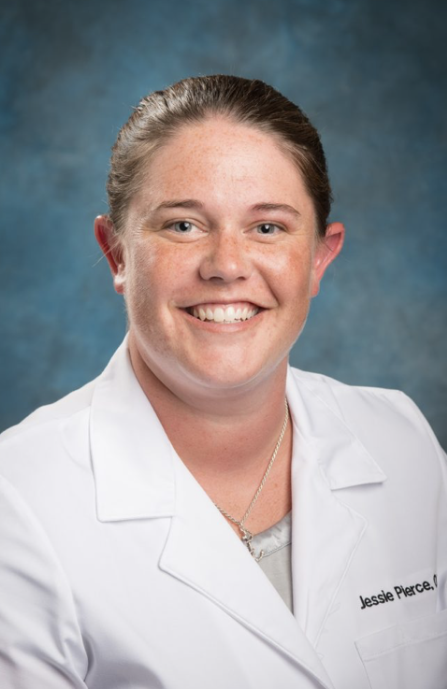 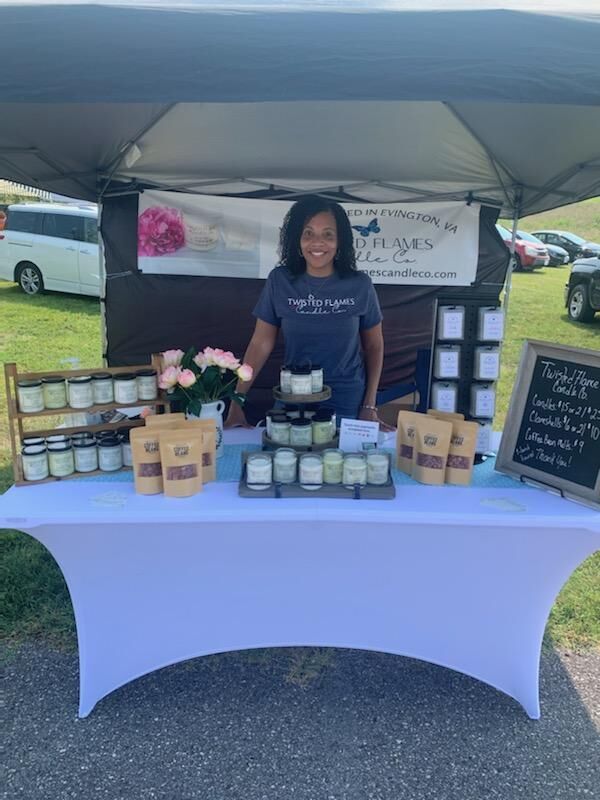 Anderson regularly sells her creations as a vendor at markets in and around Campbell County. 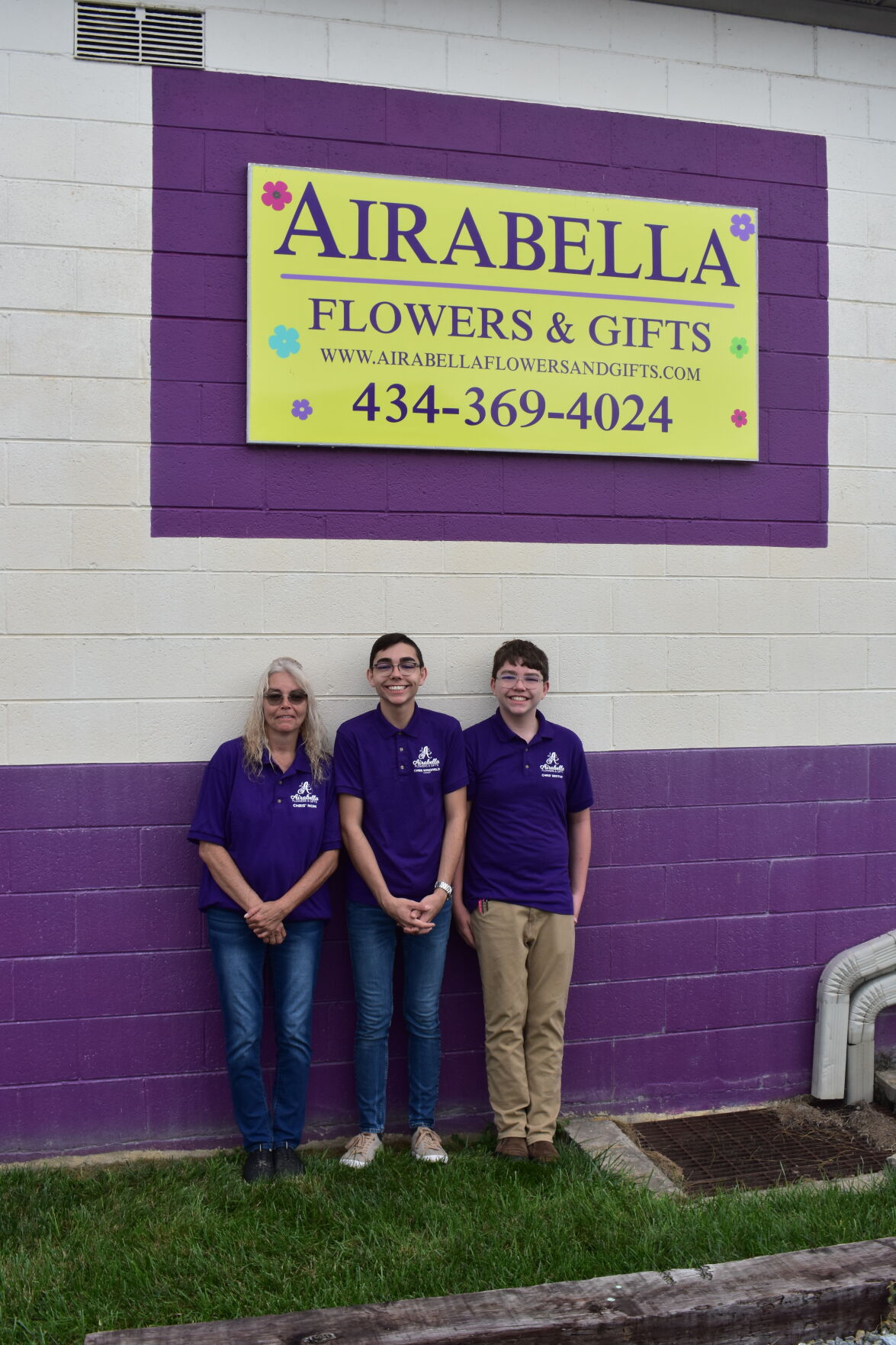 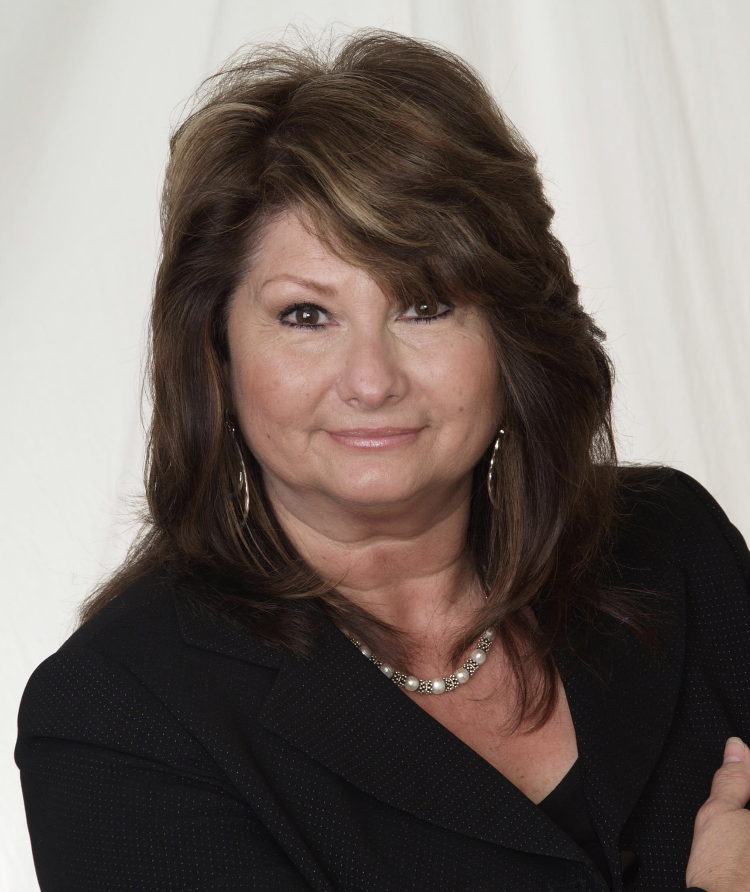 Waller has worked in Altavista and Gretna for decades.

Anderson regularly sells her creations as a vendor at markets in and around Campbell County.

Waller has worked in Altavista and Gretna for decades.

What started as a hobby for Evette Anderson quickly turned into her business, Twisted Flames Candle Co.

Anderson sells artisan, hand-poured candles and wax melts, and plans to expand to sell other products in the future. Anderson began making candles and wax melts roughly a year ago, and has been selling her creations online since July 8. She also regularly sets up as a vendor at various local festivals and events. A self-described crafty person, Anderson also works at Rustburg High School as a school counselor. She said she picked up her new passion after she discovered an English teacher-turned candlemaker online.

“I was like ‘hmm I bet I could do that,’” Anderson said. “But I had no idea how intense, and how much work went into making candles, so I started researching. And I got so deeply into making the candles that I couldn’t turn back.”

“I love scents, because scents tie you into memories,” she said.

Anderson said there is a story behind every pour. Making a sweet watermelon-scented candle reminded her of eating watermelon “in the country” with her grandfather on hot summer days as a child.

“I think the memories that the scents were bringing to me just got me more into making candles, and it became therapeutic to me,” she said.

Anderson said she often sells at the Blue Ridge Market and has also sold at Garrett Farms Incorporated. She plans to attend the Apple Harvest in Amherst County this month.

Anderson said she wanted to join the chamber because, “it’s part of our community.”

“My husband was really wanting us to be tied into something that’s permanent with the community,” she said. “So he did research and he found that other local small businesses were really involved with the chamber.”

State Farm Insurance Agent Dianne Waller joined the chamber shortly after moving her office from Gretna, after a 10-year stint there, to her current 1438 Wards Road location in Altavista.

Waller said she is happy to be in the Altavista area, and that her new location offers more visibility than the office she had in Gretna. Waller has been in the Altavista-Hurt area for much of her life, working in First National Bank, First Virginia Bank, and American General Life Insurance before going into business in Gretna as a State Farm agent.

“We kept just about our entire clientele that we had before,” Waller said about her recent move.

Waller said her office is licensed to insure individuals in North Carolina as well as Virginia, and covers people throughout Pittsylvania and Campbell Counties, along with other areas.

Waller said she offers “about everything” when it comes to insurance including auto, homeowner’s and life insurance, a Medicare supplement, disability policies, hospital income, business, farm and pet insurance, a personal umbrella and more.

At her Gretna location, Waller said she gave book bags to local students who needed them. In April, she provided lunch for the Altavista Police Department.

“We also want to be known as an office and as a company that likes to help people and do the little things that we can to reach out and help however we can,” Waller said.

Waller said she may have the largest State Farm staff in the area, with six agents other than herself. She said her office may plan an open house soon, possibly with a tent and giveaways, but has not set a date yet.

“I believe people just need to know who you are and what you’re about,” Waller said choosing an insurance policy. “And then they make a decision based on that. And we hope it’s going to be us.”

Chris Wingfield, 23, took over Airabella Flowers & Gifts at 815 Main Street this summer with the help of his mother and brother.

Since the ribbon-cutting for his shop was held in August, Wingfield said business has been good. Orders aplenty have kept himself, his mother, Vickie, and his brother, Michael, busy working on weddings, funerals and other events. He said he tells customers that as long as he has the right supplies in stock, he will make their arrangements happen.

Though the trio has been busy helping customers, Wingfield hasn’t taken his eye off the business’s continued growth and expansion for a moment.

He said he plans to repaint the building’s interior and add new floors in the next year, along with a cooler to store premade, fresh floral arrangements, a small coffee bar, a new logo, new sign, a bridal consultation section if possible and a desk for himself. He may even offer pastries as another draw to attract customers simply to hang out.

He said his goal is to make the business “something different.”

Earlier this month, Wingfield said plans were in place for the shop to appear the popular television program Living in the Heart of Virginia.

For now, Wingfield’s plans are to focus primarily on customers in and around Altavista, and renovate his current location. But eventually, he said he might open a satellite office in Lynchburg with an inventory and designer on-site in order to tap into that market.

Wingfield said he has found significant demand for memorial items like flags, wind chimes and other items. He also said he strives to regularly introduce new inventory, and plans to sell more gifts and trinkets, along with more items to cater to male customers.

Wingfield said it has been “crazy” at times to run the business, but that he has enjoyed it.

After hosting a ribbon cutting in May, Harman Eye Center of Altavista has been engaged in welcoming patients to their practice.

Dr. Jessie Pierce, an optometrist who has worked with Harman Eye Center for years, started her journey at the company’s new Altavista location this spring.  During my recent interview with Dr. Pierce, she shared these thoughts in regards to working in Altavista.

Dr. Pierce says that she has enjoyed working in Altavista as “The people in the community have been very welcoming and appreciative of our services here in town.  I love seeing patients out around town and at local events; it is a great feeling to be in such a supportive community.”  She also told us that she enjoys the “stay local” mentality she has encountered in Altavista and “We want to provide high quality eye care locally so patients do not always have far to travel, but being a part of a larger organization like Harman Eye Center allows us to provide and easy referral route to many different services and specialties.”

Dr. Pierce said that Harman Eye Center joined the chamber to stay involved with and be supportive of the community, as well as gain the support of the community for our office.

When asked what she would say to a potential patient, Dr. Pierce responded: “We strive to make each patient feel comfortable and cared for during every encounter; whether that be for their full eye exam or just simply picking up their glasses.  We hope to continue to bring the highest quality care to the area without losing the ‘small town’ or ‘keep it local’ feel that all of our local businesses do such a great job of. Harman Eye Center as a whole I know is very excited to be a part of this community and it is such a pleasure for me to be a doctor here; I hope to continue to be able to provide eye care here for many years to come!”