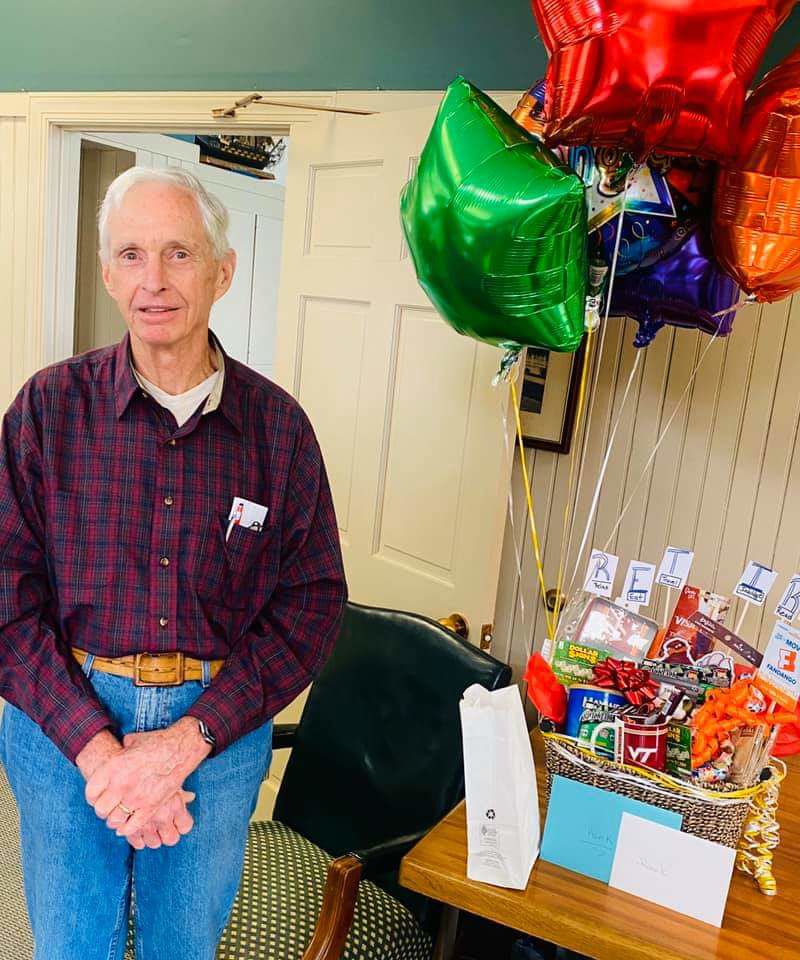 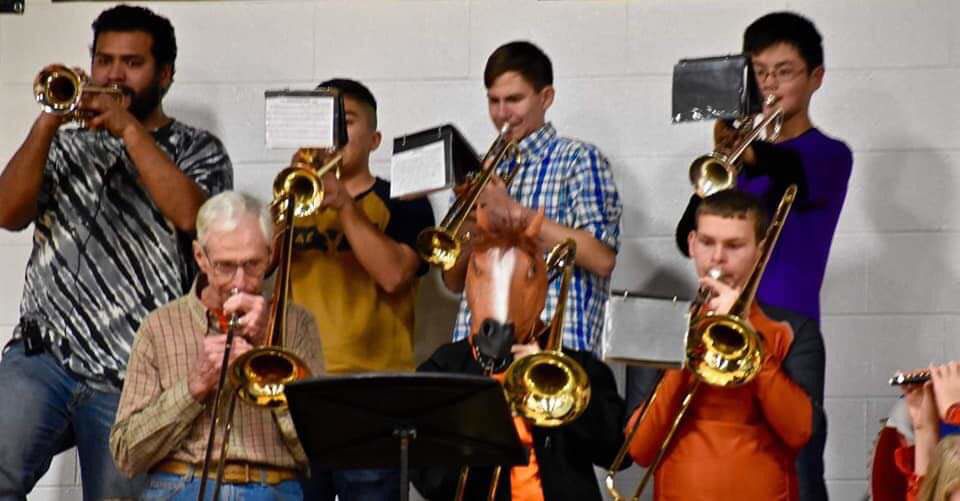 Hank has been a long-time trombone player with Altavista Combined School pep band. 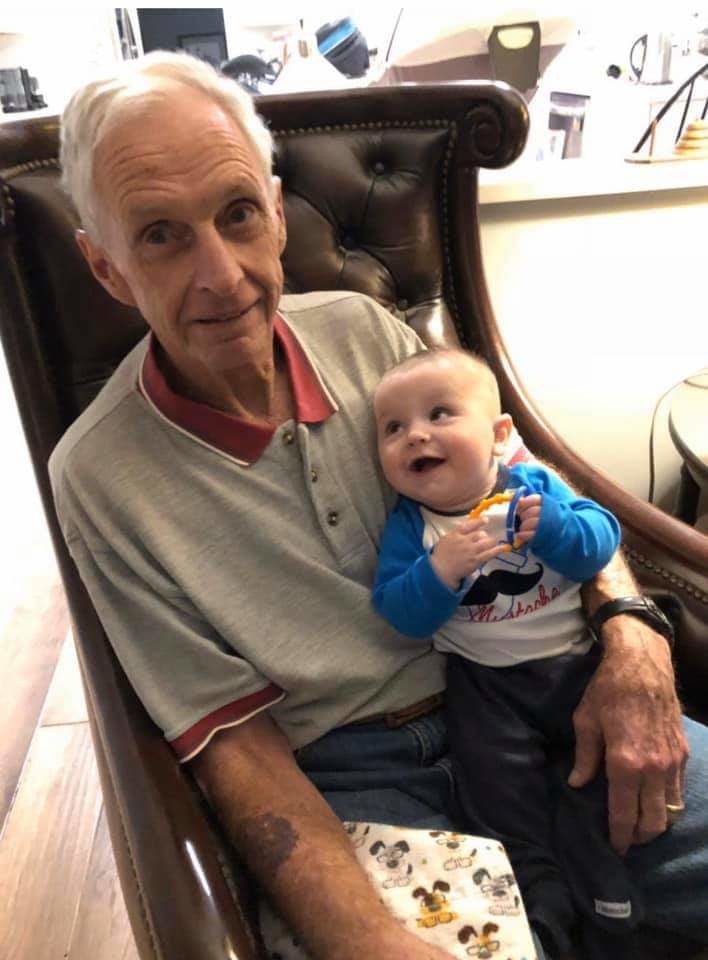 Hank has been a long-time trombone player with Altavista Combined School pep band.

Altavista’s Chamber of Commerce has announced the retirement of Office Manager E.H. (Hank) Frazier, Jr. as of April 30, and the local community is already feeling the loss. He has been serving since 1996, and the Chamber believes his “passion for serving the community has played an important role in the growth and success of this organization.”

Linda Miller of Miller’s Jewelry says, “When I moved here, Hank was the Chamber.” She recalls he would “stop by the shops once a week, just walk the street, and check on how business was going and if anyone needed anything, just like Stan Goldsmith when he was manager.” Linda’s husband, Glenn, grew up with Frazier and stated, “He’s the model of a good citizen. He’s dedicated, dependable, and always willing to work. He loves and knows this community and he’s very thorough. He finishes what he starts, and he’s always willing to help other people finish their work, too.”

Frazier was raised in Altavista, and after college went into the Navy for 26 years. He was a Vietnam combat veteran and worked with the helicopter search and rescue team. After leaving the service, he continued to work “with weekend warriors for their tours and training,” according to his wife, Jan Frazier. When the Fraziers moved back to the area after Hank retired, someone suggested Jan volunteer for the Chamber of Commerce, and Hank decided that he would volunteer, too. He started working half days, and then as the Chamber began to grow, he worked more and more to make the decisions of the board happen.

After volunteering for several months, Hank accepted an office position with the Altavista Chamber. Marie Mitchell, formerly of the Chamber, says Hank is “dedicated, loyal, dependable, faithful, has a strong work ethic, and is always willing to volunteer his time.”  She added, “Hank, along with his friend Phillip Popek, worked every TGIF, with the exception of 2 or 3, since it originally started.”

One local business owner, Roger Blackstock, commented, “His disciplined character he was accustomed to from his military days made him so efficient. I was on the Chamber board for a number of years and also served as Chamber President. He made my job so much easier during that time. There was nothing going on in the community that he didn’t know about or was not already involved in, and that made the Chamber function in a more precise and productive manner for the benefit of the whole community. The Altavista community owes Hank a great deal of gratitude for all he has done.”

In addition to his work with the Chamber, he was also a member of the Lion’s club, and is the head of the administrative board at his church, a member of the board at Habitat for Humanity, and even an honorary member of Altavista Combined School’s Pep Band.  Band director Mario Ruiz said having Hank as the assistant Pep Band director for the last seven years has shown the kids that they can be lifelong musicians. Ruiz states that Frazier has “helped the band through the years, including in three state championship appearances.” He also notes, “The Altavista Pep Band and Mr. Ruiz would like to congratulate him on his retirement and will always welcome him to play in the stands!”

Glen Miller believes, “Hank is the epitome of what a good citizen should be; in fact, he won town Citizen of the year back in 2002.” One thing that stands out for most people, according to Miller, is that Hank “is here for everybody, but he doesn’t ever complain or say anything bad about anyone.”

Melinda Irby, one of the Chamber Board Directors, worked with him for town volunteer events, and says, “He was a hoot! I will miss his quick wit and sense of humor.”

Frazier is looking forward to “more time with my family, including my one and only grandson, James.” He remarked, “I just can’t say enough about the people of this town and how much I’ve enjoyed working with them.”

Mrs. Frazier says, “he really enjoyed working with citizens of the town, and he wanted to give something back to his community.” Everyone seems to overwhelmingly agree: he has continually given back to his community in many ways and, while they are happy for him to be able to have more time with his family, he will be sorely missed.

For the full story, be sure to pick up a copy of the May 6 print edition of The Altavista Journal. It is available on newsstands throughout the greater Altavista and Hurt areas and all around Southern Campbell and Northern Pittsylvania Counties. Call 369-6688 to order a subscription delivered directly to your home or business.