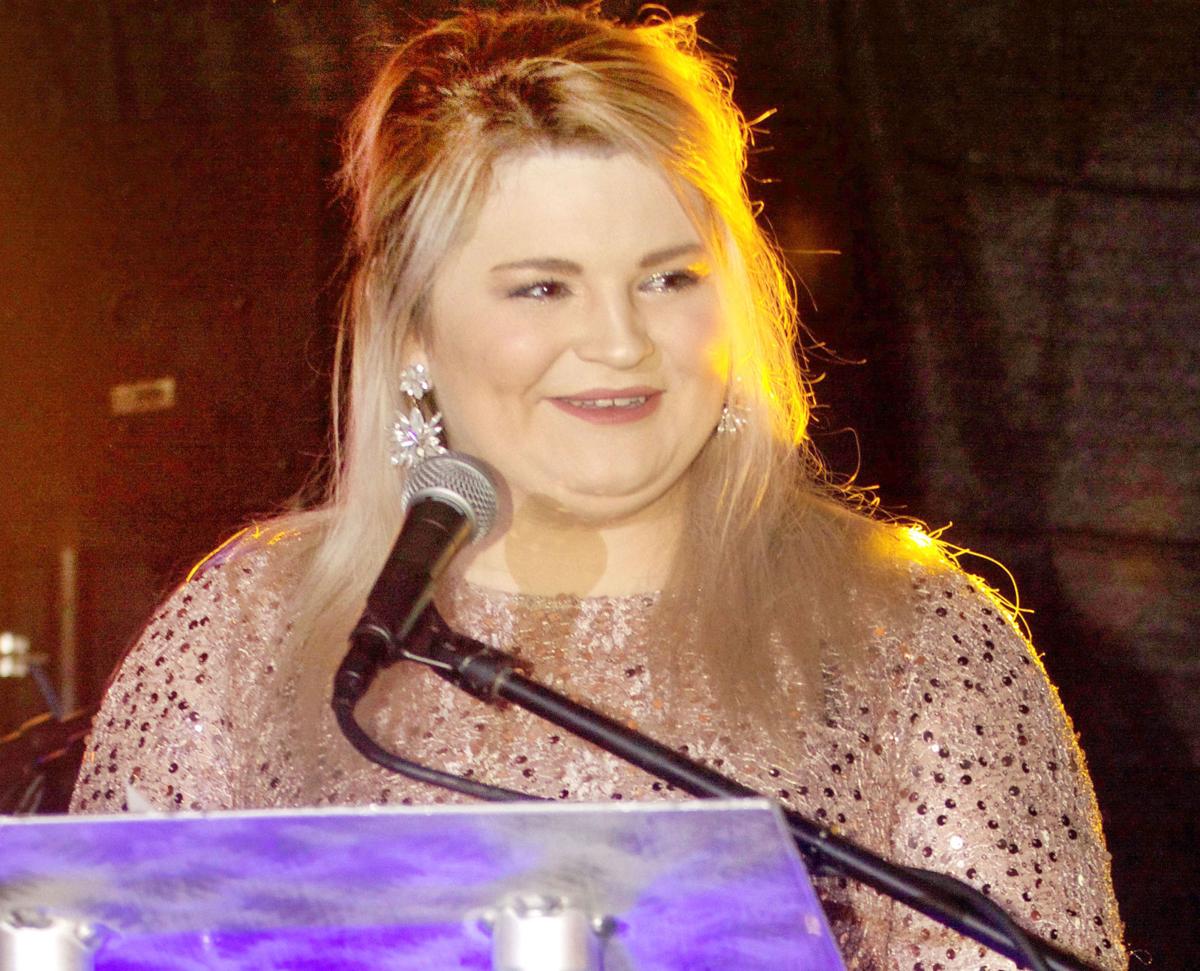 Altavista Area Chamber of Commerce President Lauren Odessa acts as emcee during the Jan. 25 chamber gala at Virginia Technical Institute. New to the chamber, she shared some of her background with the dozens attending the event. (Photo by Don Richeson.) 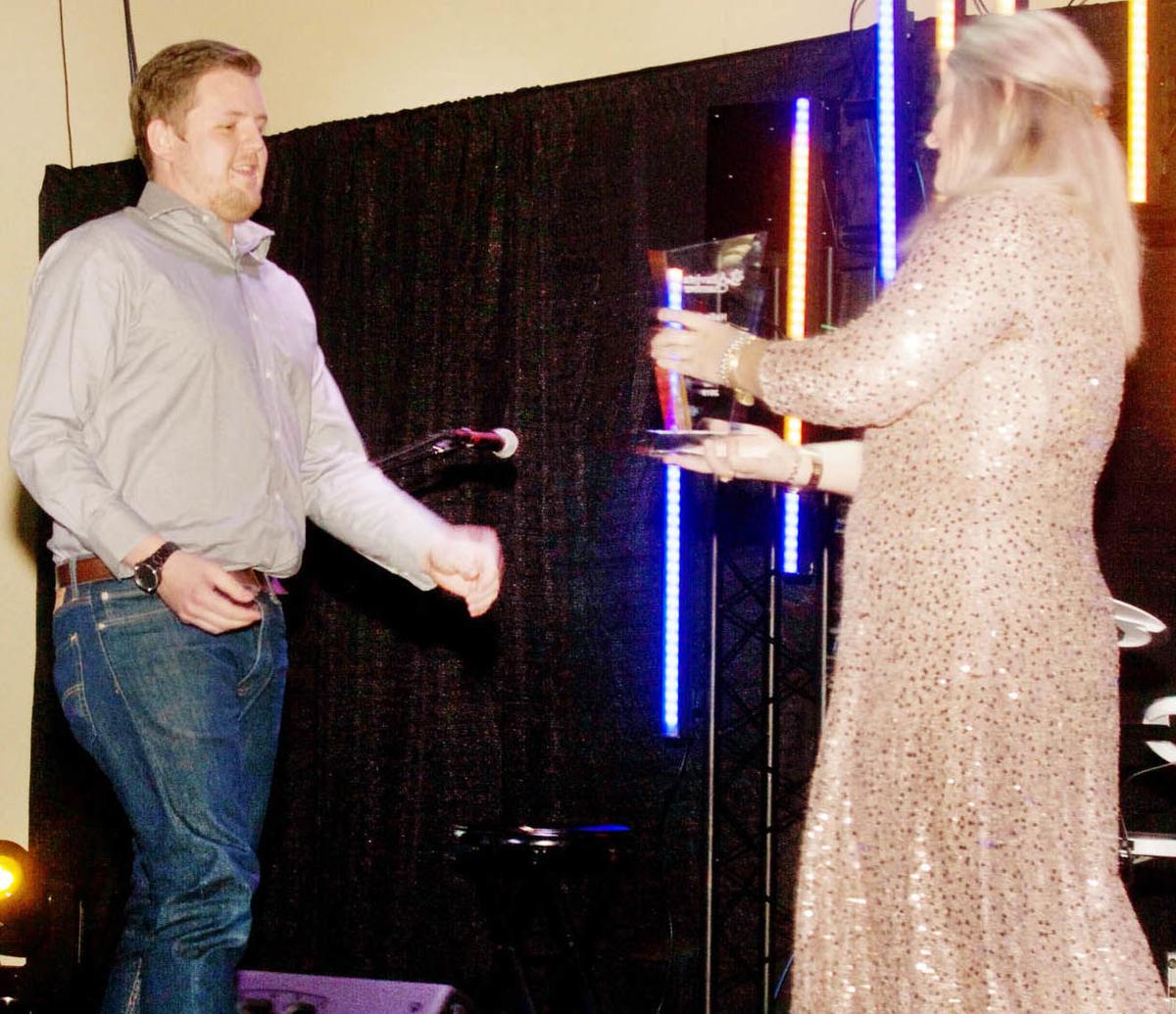 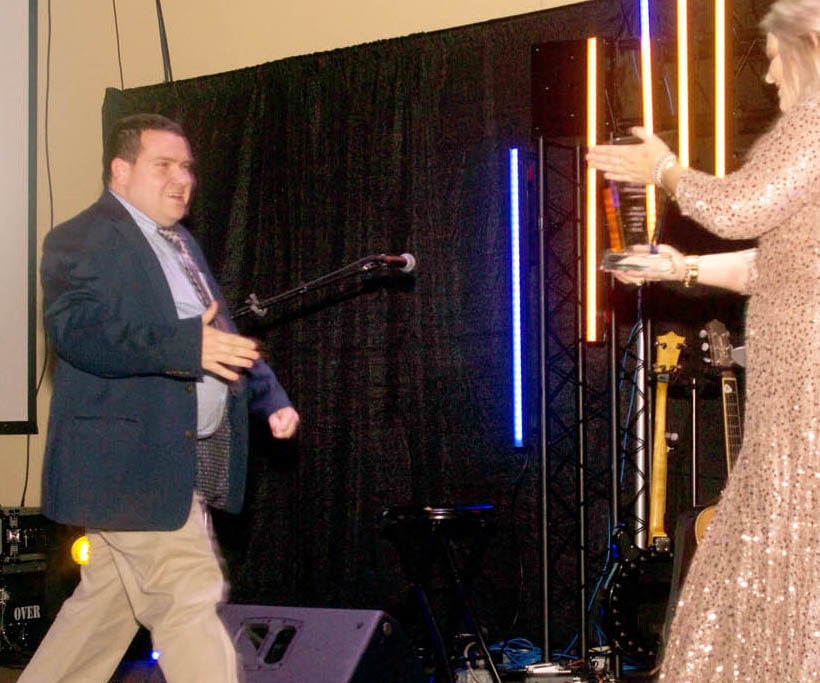 Altavista Area Chamber of Commerce President Lauren Odessa acts as emcee during the Jan. 25 chamber gala at Virginia Technical Institute. New to the chamber, she shared some of her background with the dozens attending the event. (Photo by Don Richeson.)

In presenting the program, Odessa saluted the role businesses play. “Each and every year, businesses thrive and prosper -- they bring jobs and help build community,” she said.

The chamber also annually honors an Altavista-area charitable organization with its Cornerstone Award. “With every building there is a piece to it that is one of the most important parts of the foundation and that is what is called the cornerstone,” Odessa said as she began her presentation of the award. “The Cornerstone Award wraps a whole lot into one award. It recognizes true business foundation break-throughs.”

She then revealed that Claire Parker Foundation was the recipient of the award, which was accepted by Connie and Jordan Parker. The Altavista-based charitable organization delivers care boxes to families battling pediatric cancer.

special chamber awards during the Jan. 25 gala. The teacher honorees, in alphabetical order, include:

Odessa also presented two Innovation to Education grant awards – one to Altavista Elementary School for a color printer and one to Hurt Elementary School for its Junior Beta Club. She said the grant to AES will help benefit the students there by creating more engaging visuals that will be used for various classes and tests. Principal Beth Simpson accepted the award on behalf of the school.

Odessa said the grant to HES will help it prepare “the beginning to little leaders of the world.” HES Junior Beta Club rep Lori Goad accepted the award.

Odessa concluded the gala program by recognizing both outgoing and incoming chamber board members. “New beginnings are upon us -- it’s 2020 y’all,” Odessa said just before introducing some of the members. “We have so many new and fun things coming up for 2020.”

(For the full story and a big photo package, be sure to pick up a copy of the Feb. 5 print edition of The Altavista Journal. It’s available NOW on newsstands throughout Altavista, Campbell County and northern Pittsylvania County!)